Five FM19 Challenges You Have To Do Before FM2020 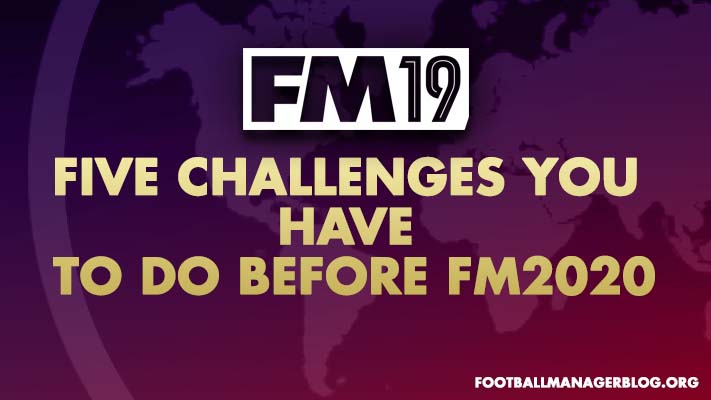 So the football season has come to an end, leaving us with around four months to kill before the next edition of Football Manager arrives.

The problem with that is we won’t get to take advantage of some neat scenarios that are currently available to us in the 2019 edition of the game, so luckily I am here to present the five things you have to do before FM2020 is released!

I know this can be done every year, but as we slowly but surely approach the conclusion of Brexit, time is running out to get in on this challenge!

For some reason, this hasn’t stopped some English clubs from stocking up on foreign players and making the challenge more difficult.

Thankfully this challenge is not exclusive to England, and one of the best teams to start with is Fortuna Düsseldorf. 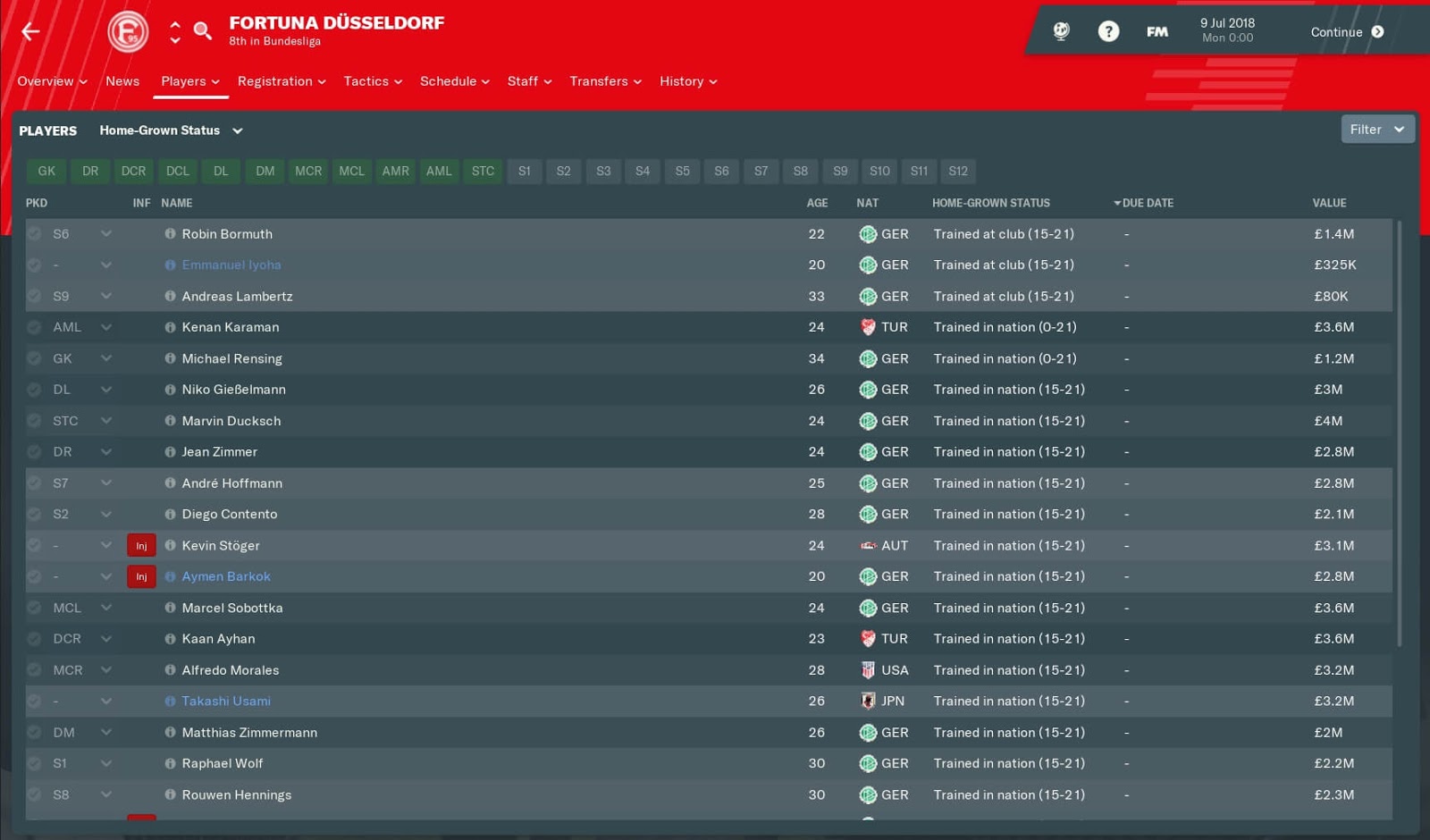 Almost every non-HG player can be removed by cancelling loans, and the squad you are left with is more than capable of fighting to stay alive in the Bundesliga.

Similarly, AFC Bournemouth are still almost entirely made up of players developed in the country and to make the transition easier you can undo the transfers made by Eddie Howe over the summer, leaving you with just three players to get rid of in the first window.

For the perfect setup, however, look no further than Frosinone Calcio from the Italian Serie A division. 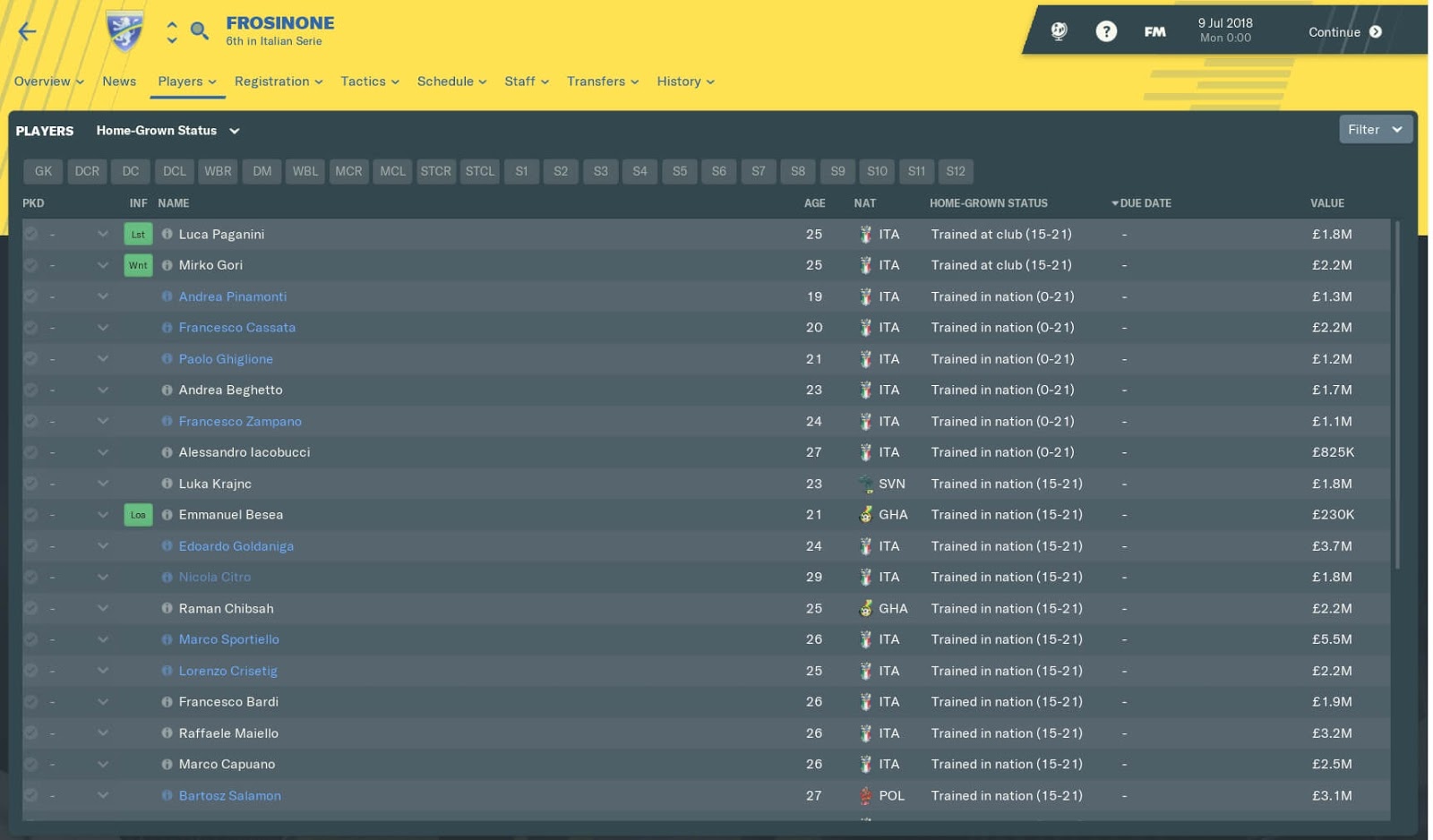 Boasting an entire squad of current or future homegrown players, you will be expected to retain this transfer policy for years to come while fighting to remain in the top flight.

Start by removing Joel Campbell when he returns.

Gain Promotion from the Championship

The most expensive game in football is the Playoff Finals, and therefore one of the biggest saves to do is with a Championship club.

Lucky for you, there are a wealth of clubs to choose from this year.

The obvious choice is Norwich City after they lifted the trophy this season, featuring an exceptionally young back four and one of the best forwards in the league. 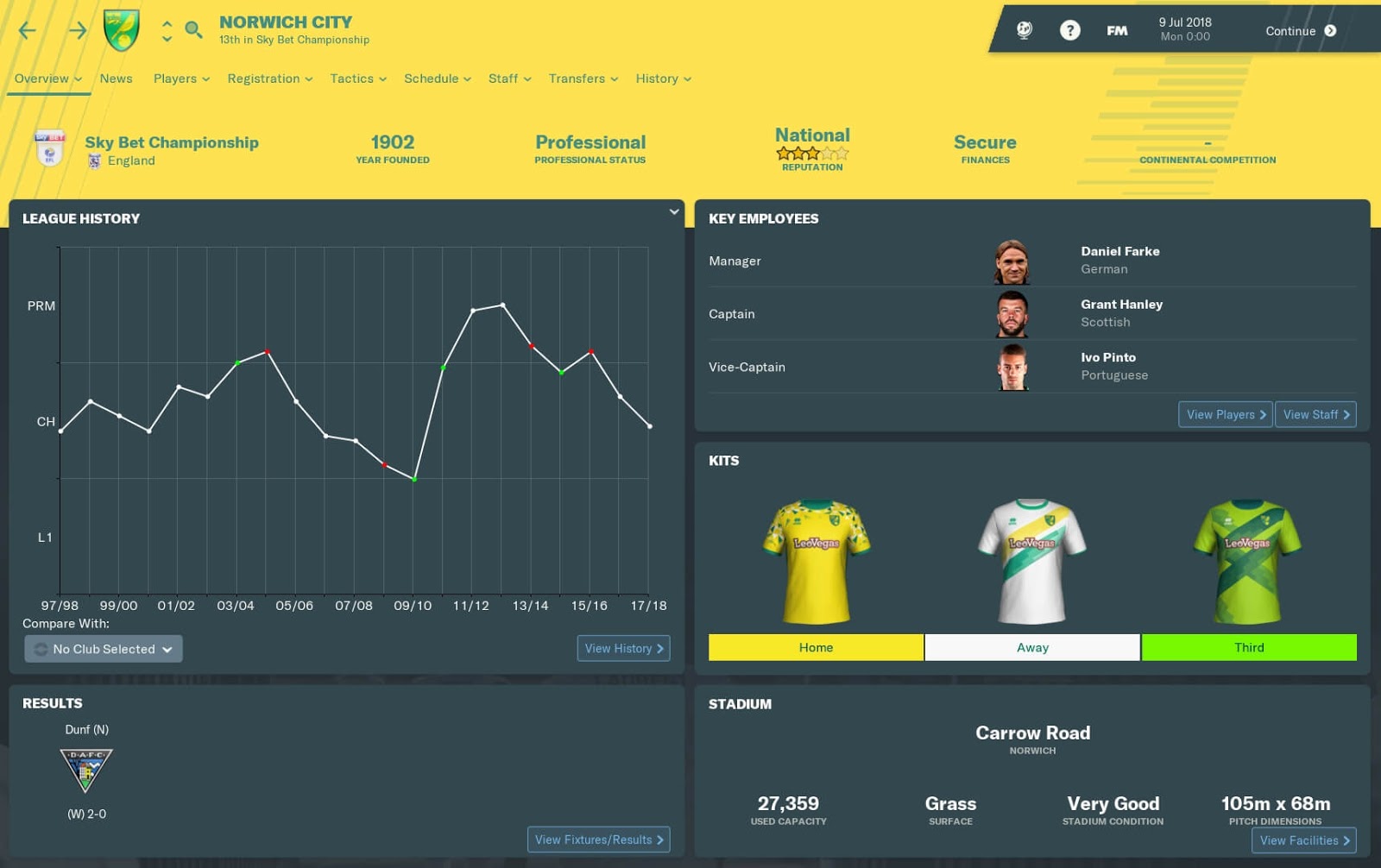 They have recently appointed a German manager and have then accordingly invested in players from the country, resulting in a squad well suited to the Gegenpress, arguably the most effective tactic in the game.

For more of a challenge, however, consider looking at Brentford who have instead decided to fill their club with Scandinavian talent and staff alike.

For those of you who know of some hidden gems or cheap stars in the north, this might just be the one for you.

My own game had exceptional results!

Avoid relegation to the Championship!

Now for this challenge, there are, of course, three teams to choose from.

The best way to take on this challenge is to head over to sortitoutsi and download the Custom Start Date editor file, which will allow you to start the game from a later date with all the real fixtures and results!

This opens up the opportunity for a lot of scenarios but perhaps most excitingly rescuing three Premier League teams from relegation.

Ideally, you will have to start at around January to have much of a chance of saving Huddersfield Town, who were doomed to the Championship from rather early on in their top-flight campaign this season.

Be warned, however, that morale amongst the players will be low and it might take time for performances to turn around.

Improvements will also have to be made to the squad if you are to not only survive the drop this year but next year too.

Most of us have kept mainly to a handful of the nearby countries when it comes to managing in different leagues, and it’s towards the end of the year when we feel like we’ve done it all that it becomes an excellent time to try something outside our comfort zone.

One nation that often goes under the radar is Belgium, and KRC Genk are a fantastic side to manage.

Well known for their youth setup, the likes of which have given us Kevin de Bruyne and Leon Bailey over recent years, the Smurfs will provide a fantastic starting point for a long-term campaign and provide the foundations for a team that in the future could look to be a challenger for the highest European honours.

Another team in possession of excellent youth recruitment is Dinamo Zagreb in Croatia. 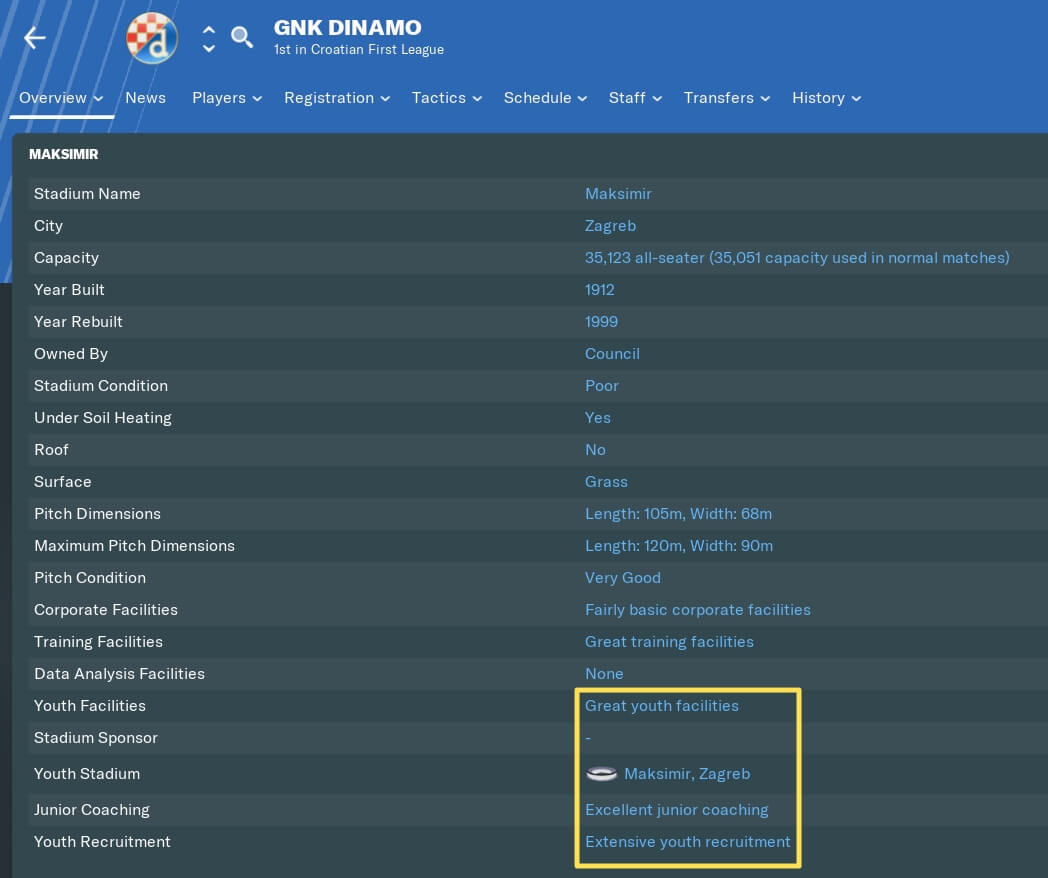 You’ll start the save with Antonio Marin, but with a bit of luck, you can hope to find the next Mateo Kovacic or Sime Vrsaljko in your annual youth influx.

Finances are a bit of a challenge, and the reputation of your country may hinder your ability to sign or even retain big names.

This is a challenge that will appeal to only the bravest of managers.

Take Your Team to the Top

We all have that one team who we recognise from time to time in the semi-professional or amateur levels of football.

Perhaps they’re mentioned on the television, or your mate supports them despite the fact he can’t name a single player.

For me, it’s Torquay United, and I simply got the idea from watching Soccer AM one day.

You might be attracted to the fame that comes from working alongside the Class of 92 at Salford City or be inspired by the one game you saw over the weekend and believe you can take your local team to fame and fortune!

The best part about Football Manager is that it’s your choice, and you can make your wildest dreams come true.

Whatever you decide, you can always find the best tips here on Football Manager Blog!

CHALLENGES EVERYTHING FM19 SAVE IDEAS