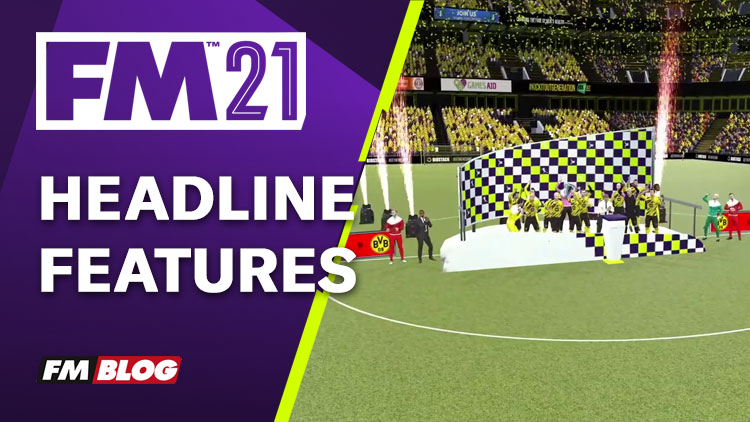 All the Football Manager 2021 Headline Features at one place. See what the main FM21 features are.


A quick overview of some of the new features on FM21, which we know a lot of you have been waiting for.

A few weeks ago, Sports Interactive officially announced this year’s game, including the news that the series is coming to new platforms and stores this year, including Xbox One, Xbox Series X&S and the Epic Games Store.

They then followed this with a short FM21 new features teaser and today we get to pull back the curtain a little bit further.

Like every year, there’s loads of new additions and fine-tuning under the surface but now we’re looking at four key areas that have been significantly upgraded.


The first key area is interactions. Communication in FM21 now has far more purpose. What you say and how you say it has completely changed. 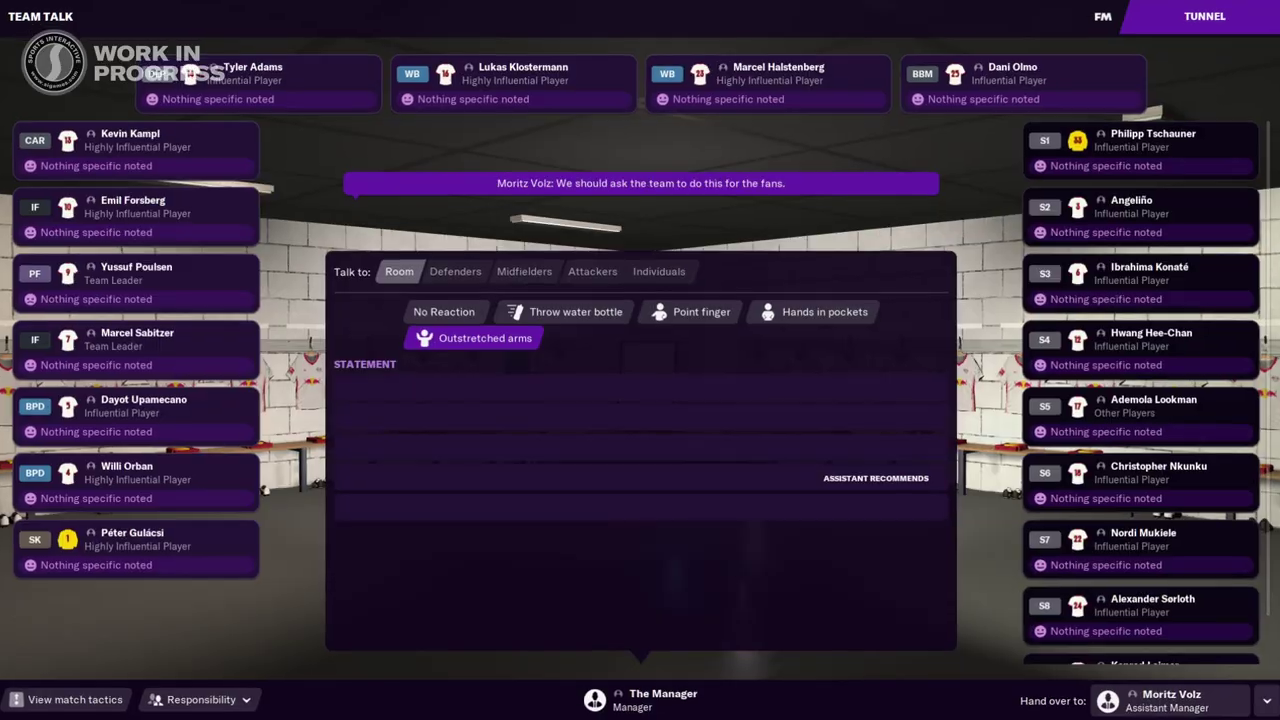 Not only have the press conference and conversation systems been completely re-designed, but so has the way you speak. This is now far more human and more real than ever before. 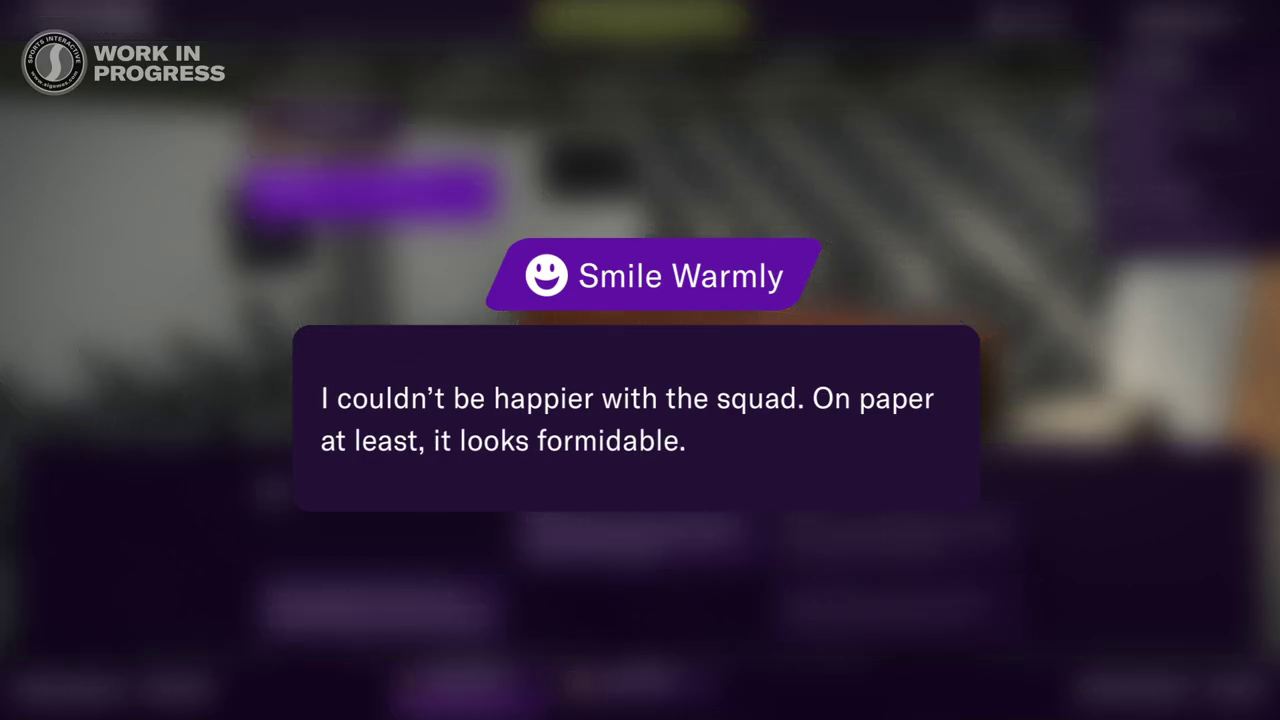 The team at Sports Interactive have also introduced Quick Chats that represent short, informal conversations that's like grabbing a player for a one or two-minute conversation on a particular topic. 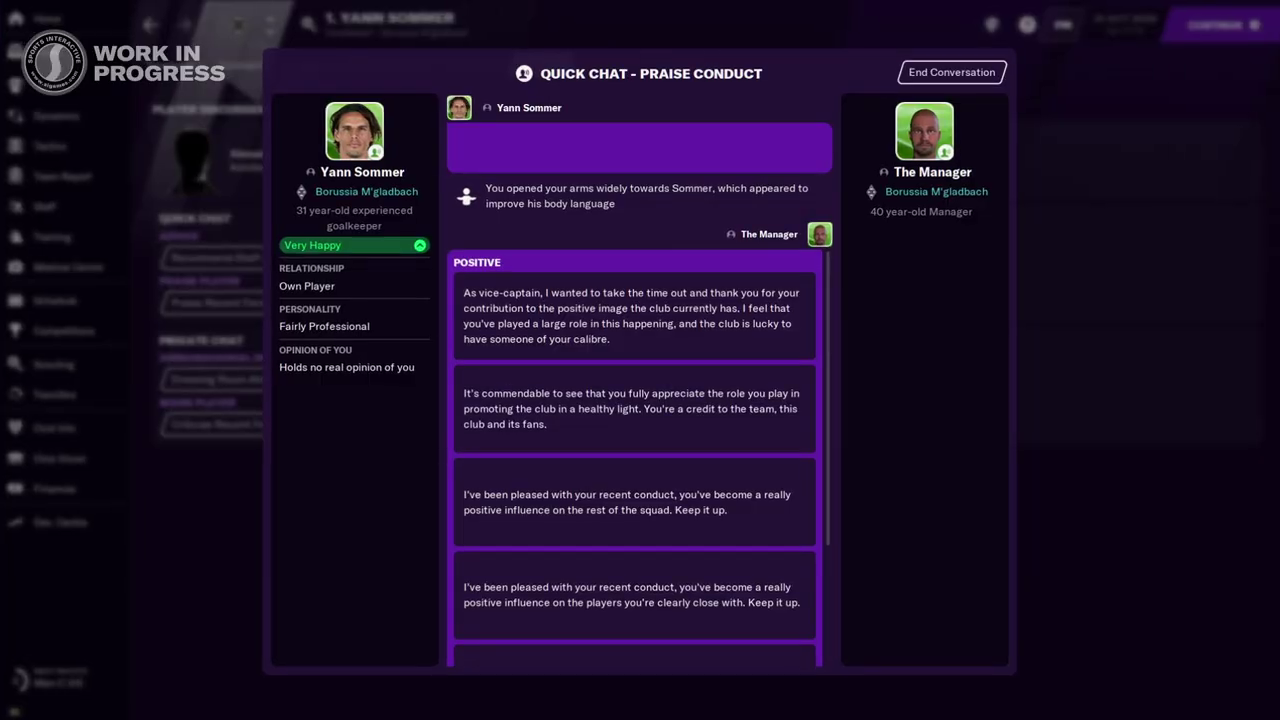 They also cover remote conversations with people who aren’t at the club, so like players out on loan, opposition managers and even journalists. 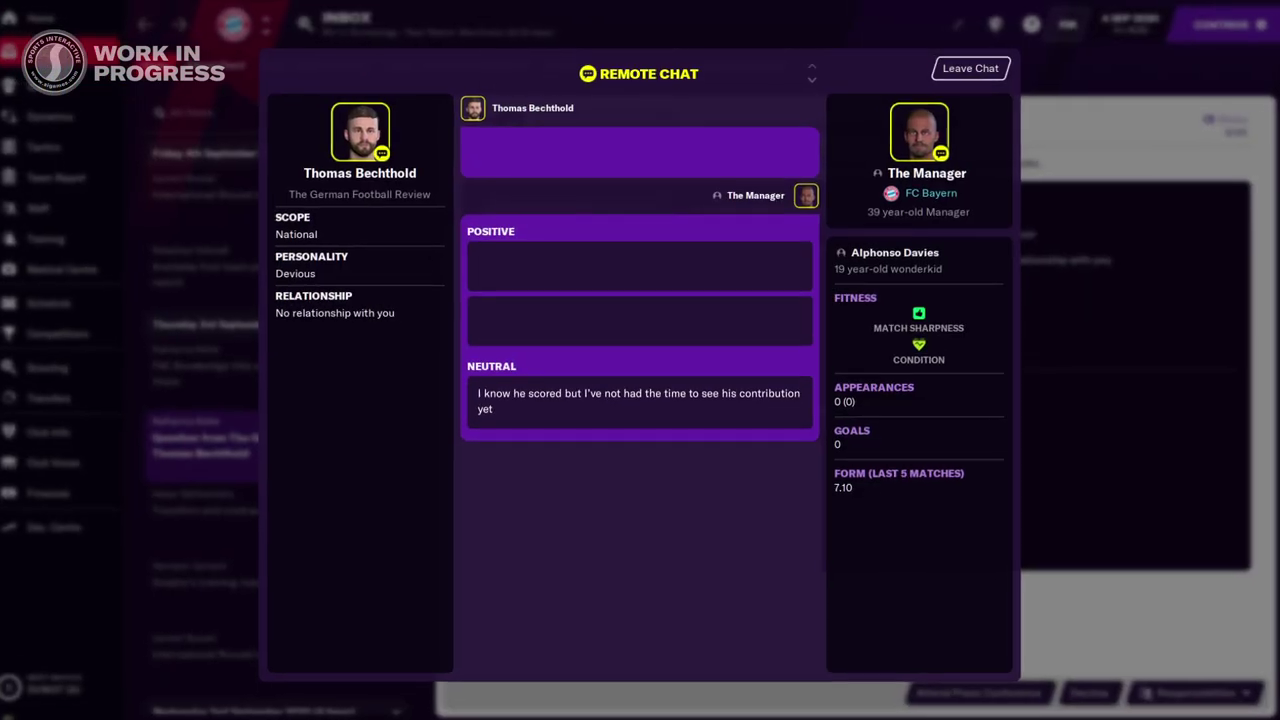 Gestures are also a replacement of the tone system that’s been in FM for years. They allow you to be far more expressive with options for every the situation you find yourself in from meetings with your squad to your weekly press conference.

For a bit more context if you’re greeting a new signing, you’ll maybe welcome him with a wide armed greeting but if you’re unhappy with a question from the media, you may choose to be folding your arms. 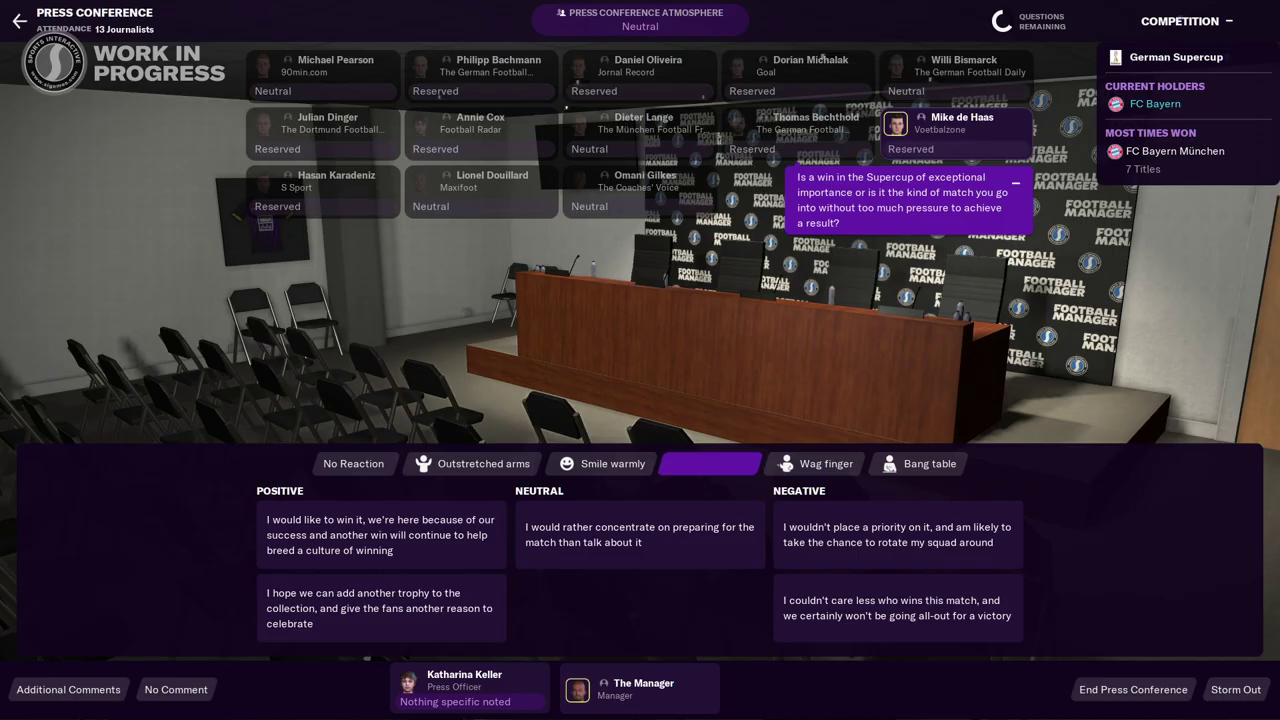 You can use gestures to influence people on what you’re saying but they will also, shape your personality and how your players and the media view you.

The next key area is match day, and every fixture now feels like a proper spectacle. A new build-up and post-match experience bring you closer to the action than ever before.

Pre-game, it’s about utilising your backroom staff who are there for you with all the info and advice you need to dominate straight from kick-off. 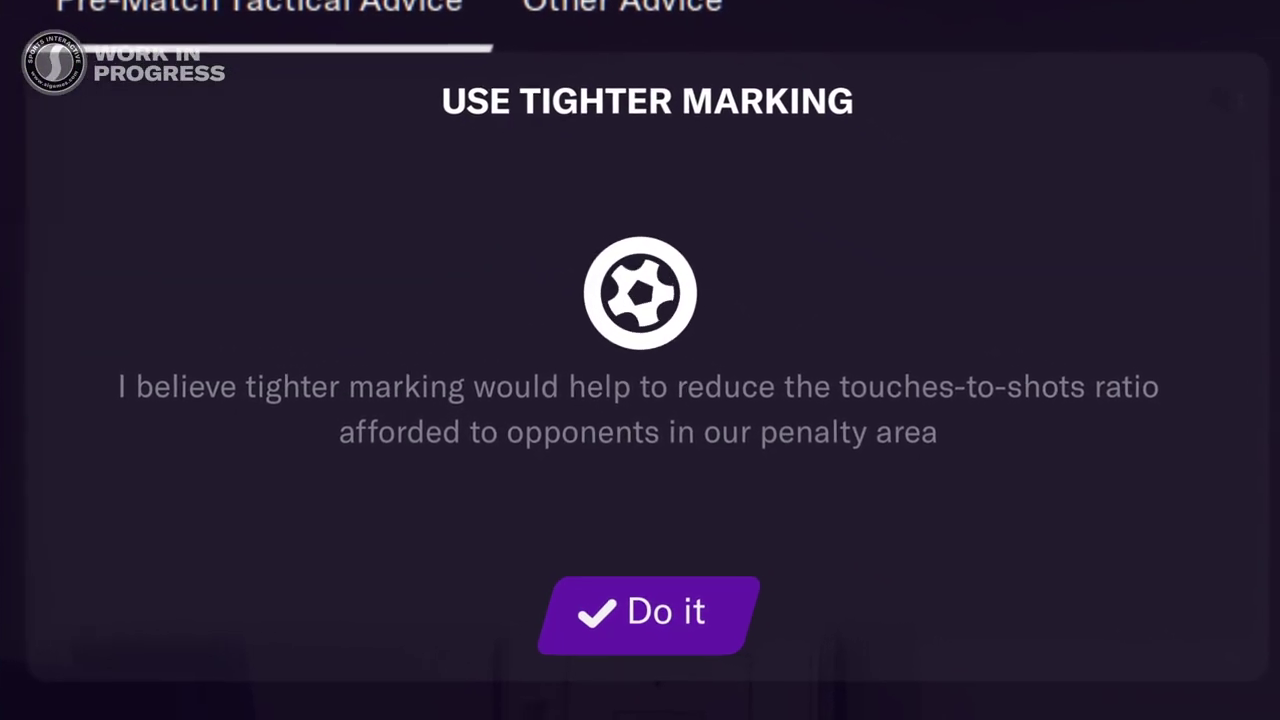 Tactical insight, team sheets and opposition reports contain both existing and brand-new data analysis to give you the ability to fine-tune your tactics ahead of kick-off. 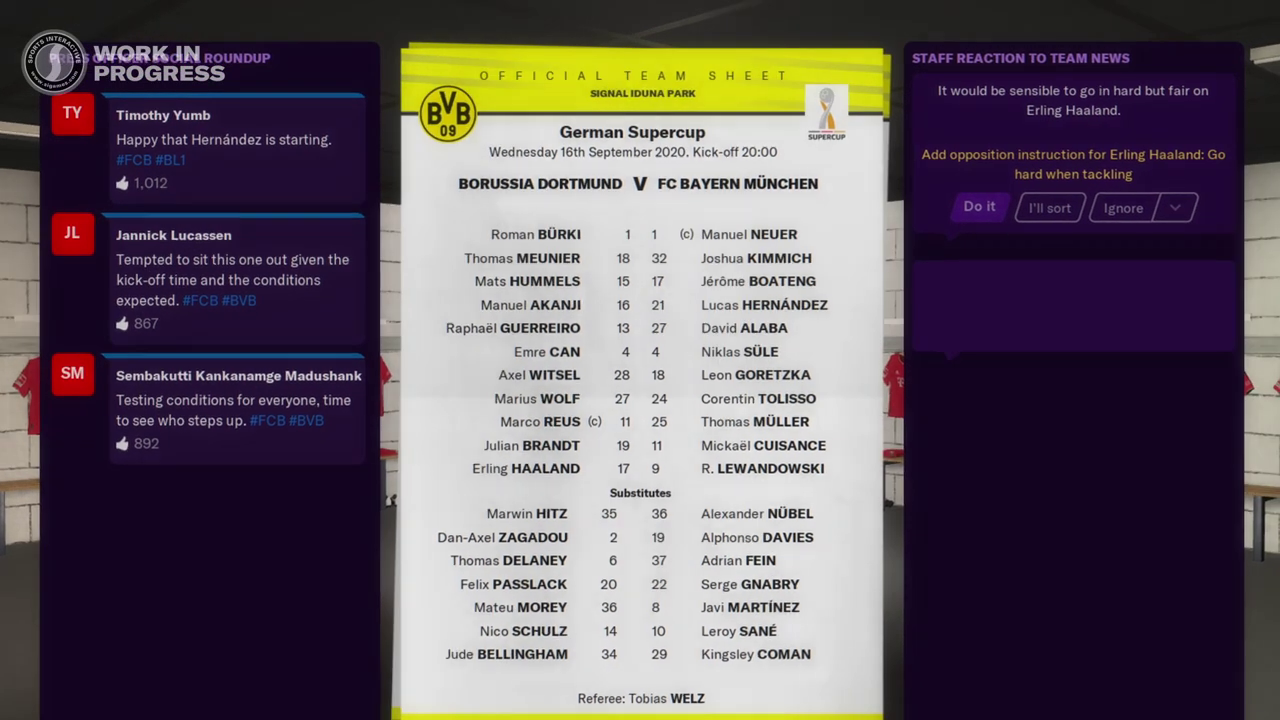 The match UI itself has been completely remodelled and modernized. Your screen is now dominated by the action, giving you the full view of the game, allowing you to appreciate a host of graphical improvements including improved player models, and improved animation system and improved lighting. 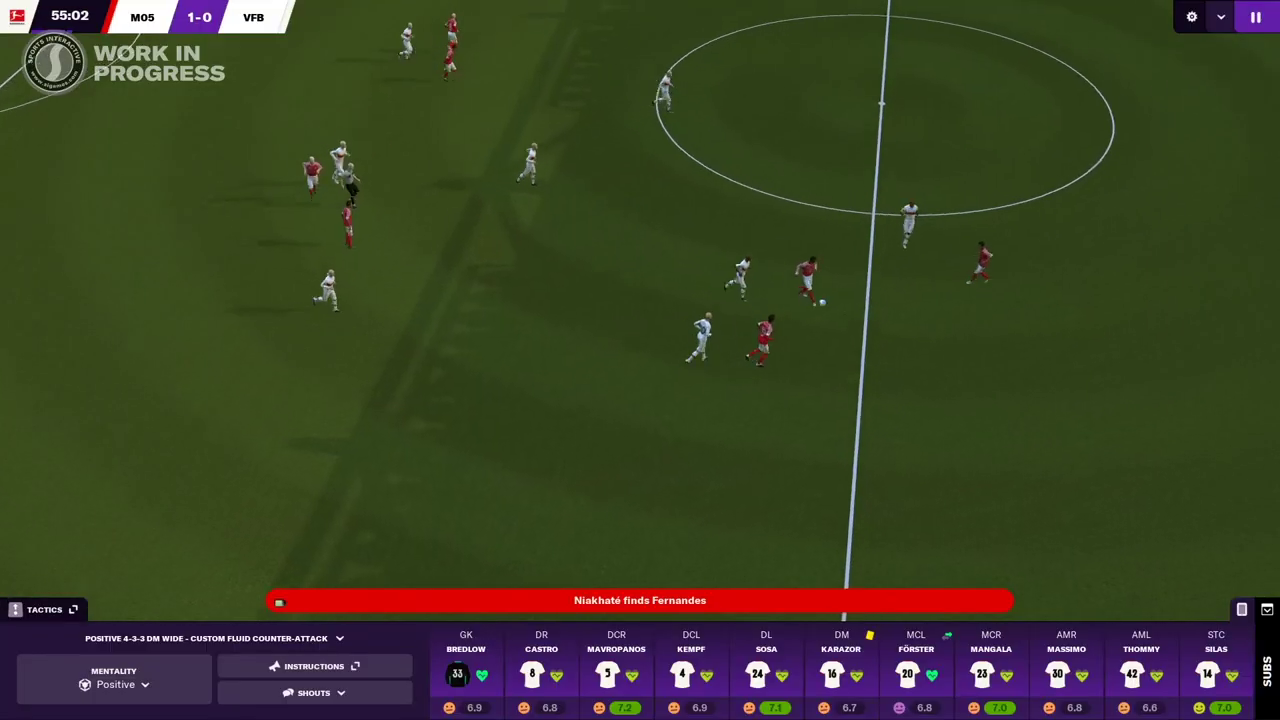 Sports Interactive will be releasing plenty more feature details prior to Early Access which is normally available roughly two weeks prior to the games official release date.

Matchday doesn’t end at the full-time whistle. A post-match summary gives you the complete story of the game, including reaction from the press and social media as well as a suite of statistical information including SI’s own xG a system, which makes an exciting debut in conjunction with the team at SciSports. 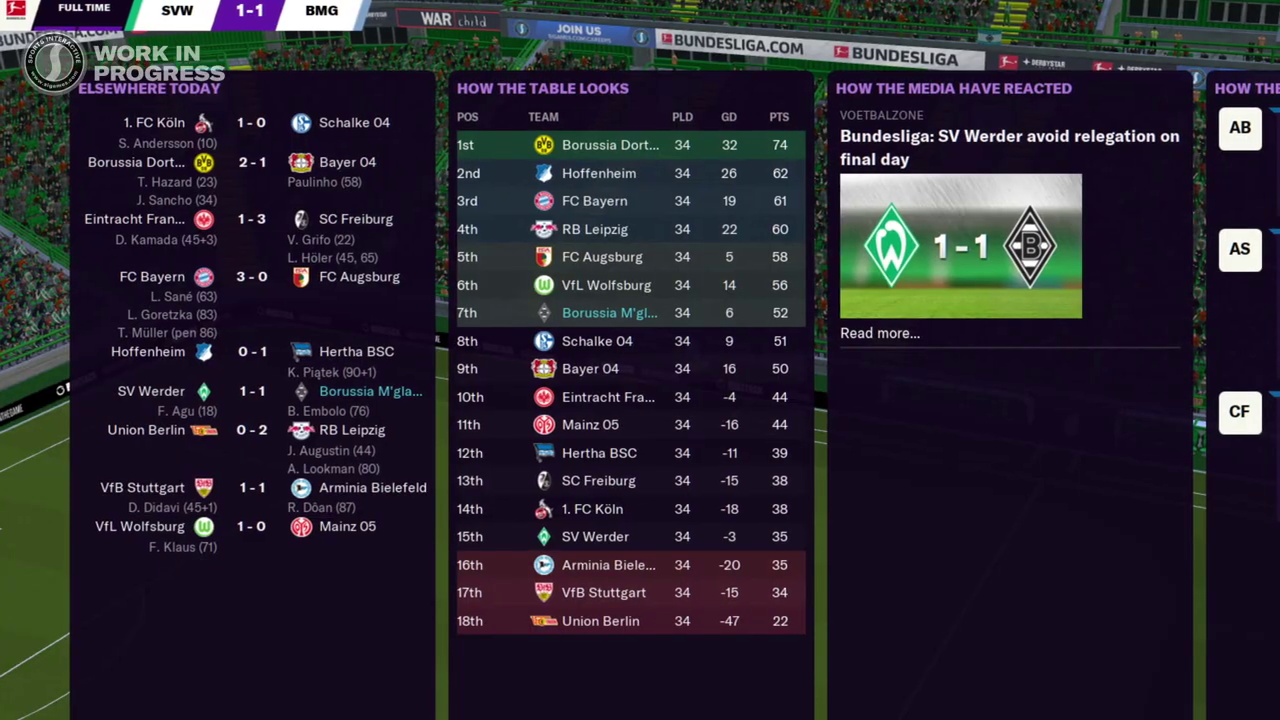 You’ll now be able to see just how clinical your players were or weren’t in front of goal. 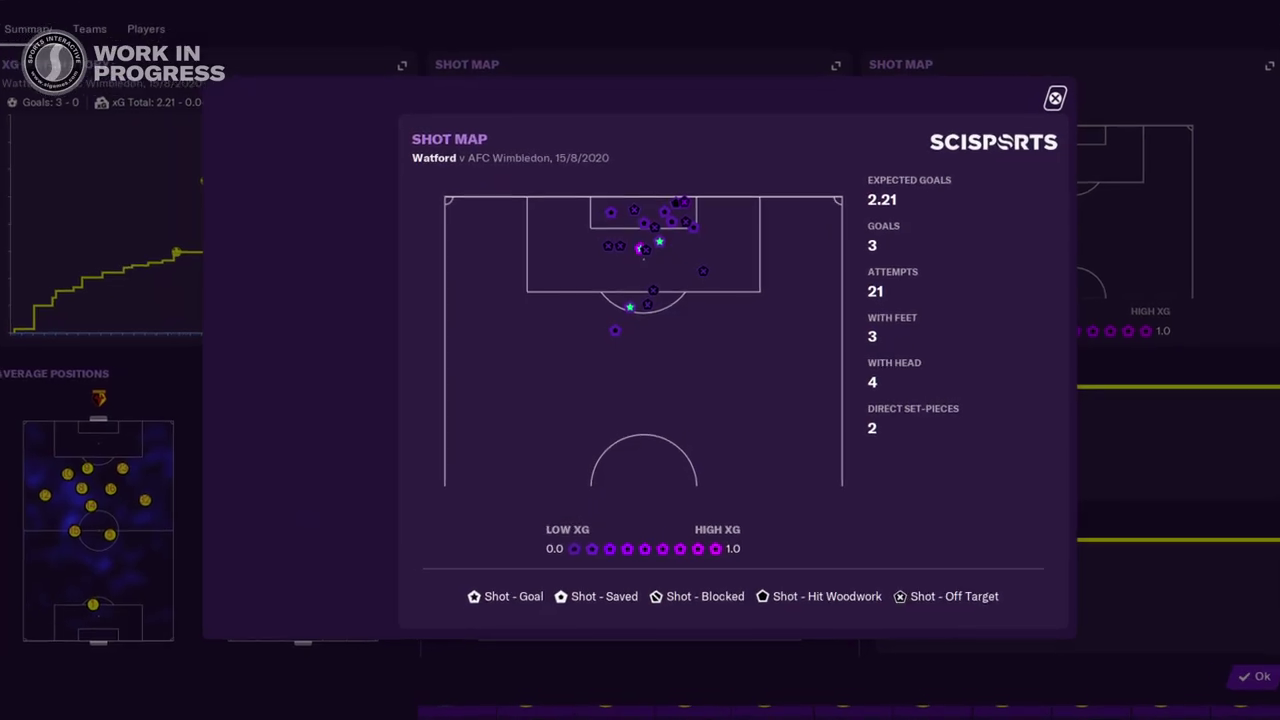 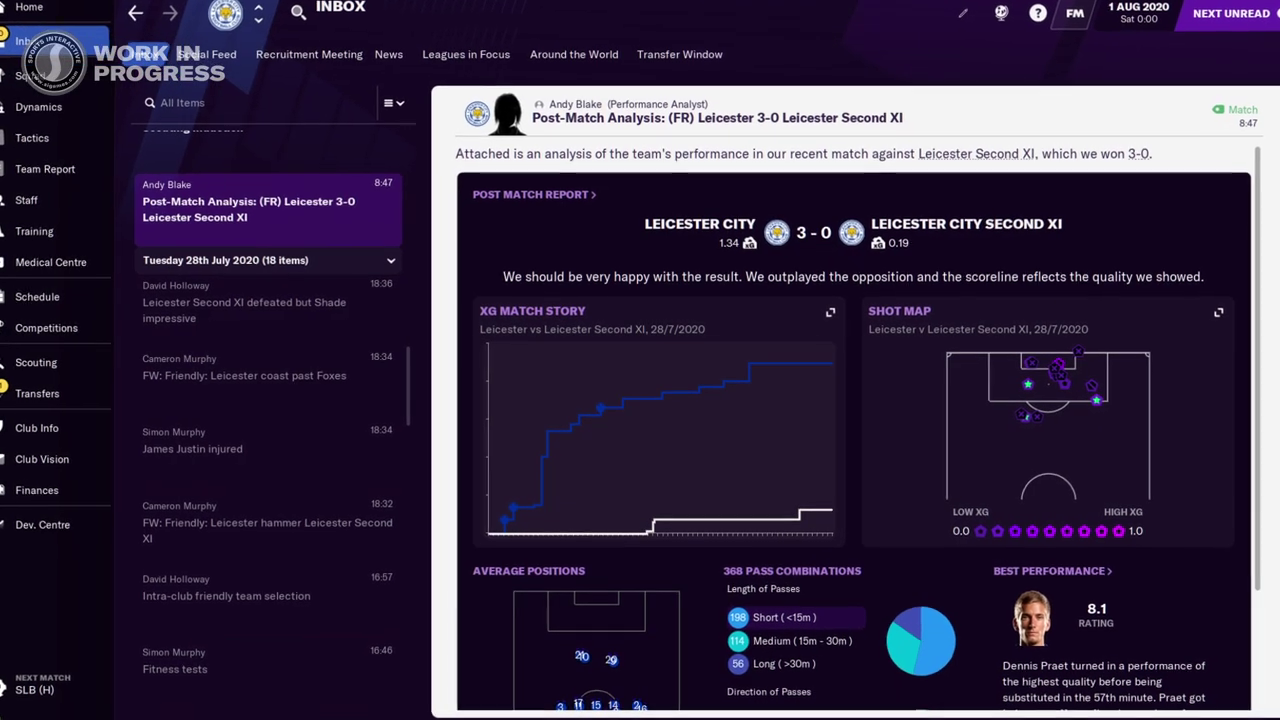 A real favourite area of the game is of course squad building, and that’s another a key area that Sports Interactive have expanded this season; bringing you closer to your scouting and data team to help secure your top targets.

To do this FM21 introduces a new staff role, new meetings and also new interactions all within a fresh and true-to-life transfer landscape.

You can now power your scouting and set your transfer intentions with brand-new recruitment meetings. 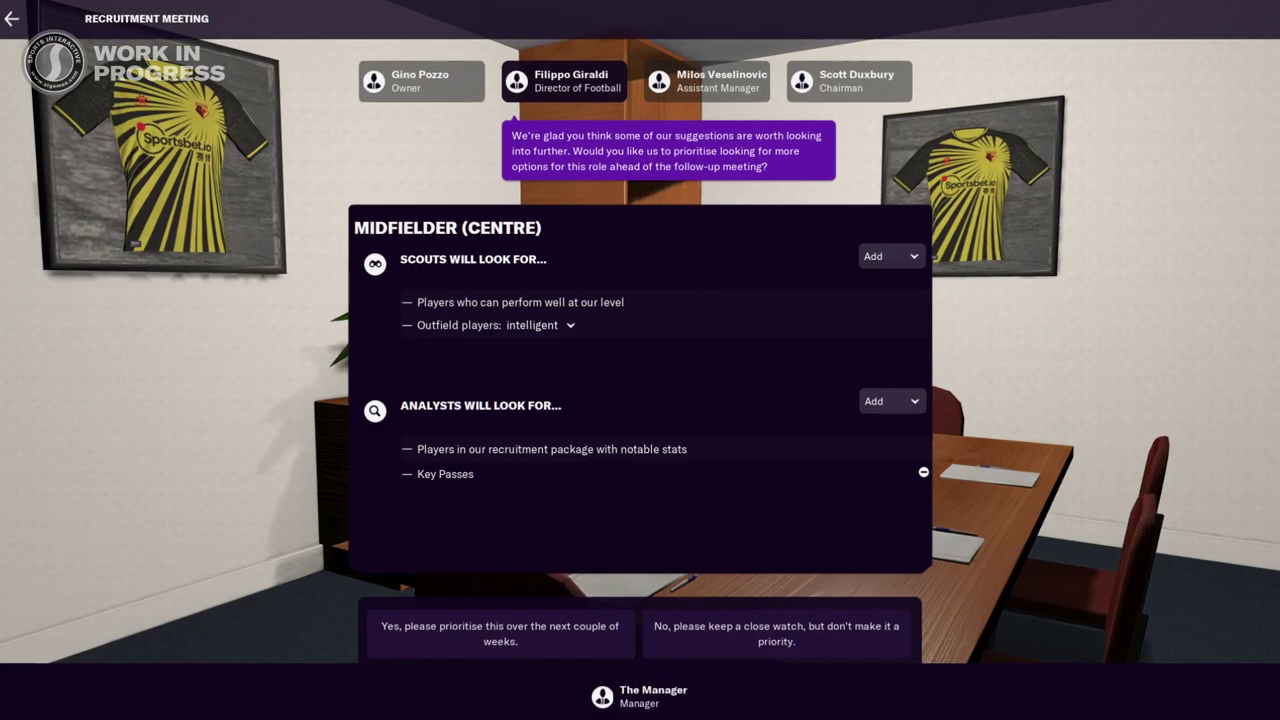 Before the start of every window, you’re invited into a meeting with your club’s top decision-makers. Here you’ll take advice from staff on the positions you need to strengthen while giving your thoughts and setting new assignments for your scouts. 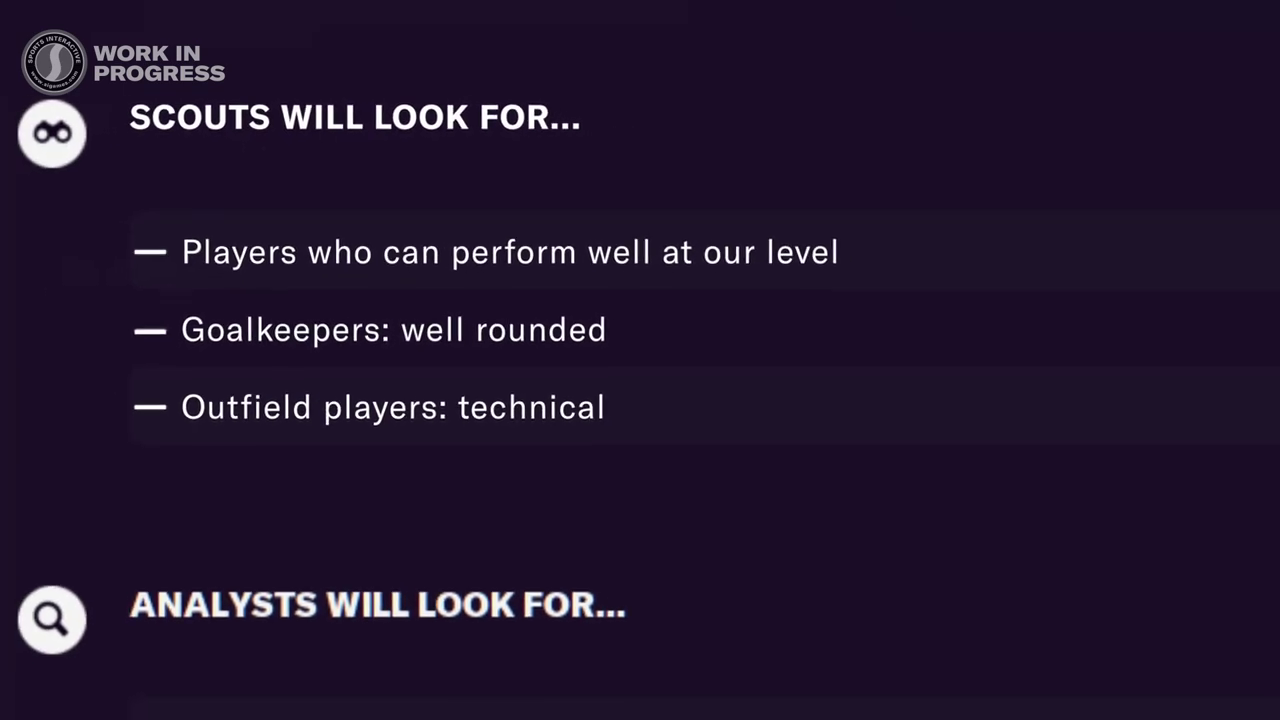 These meetings prompt you to continuously think about your club’s next move and longer-term strategy whether you need players immediately, or are looking at the long term, you’ll get help and advice from your backroom staff.

But you’re the manager, so you can go with it, or choose to go a different path.


The final area of focus, for now, is the end of season experience. FM21 is going to let you re-live the highs and lows of your success like never before.

Success doesn’t just mean winning trophies it could be avoiding relegation narrowly on the final day, or securing promotion via the playoffs. 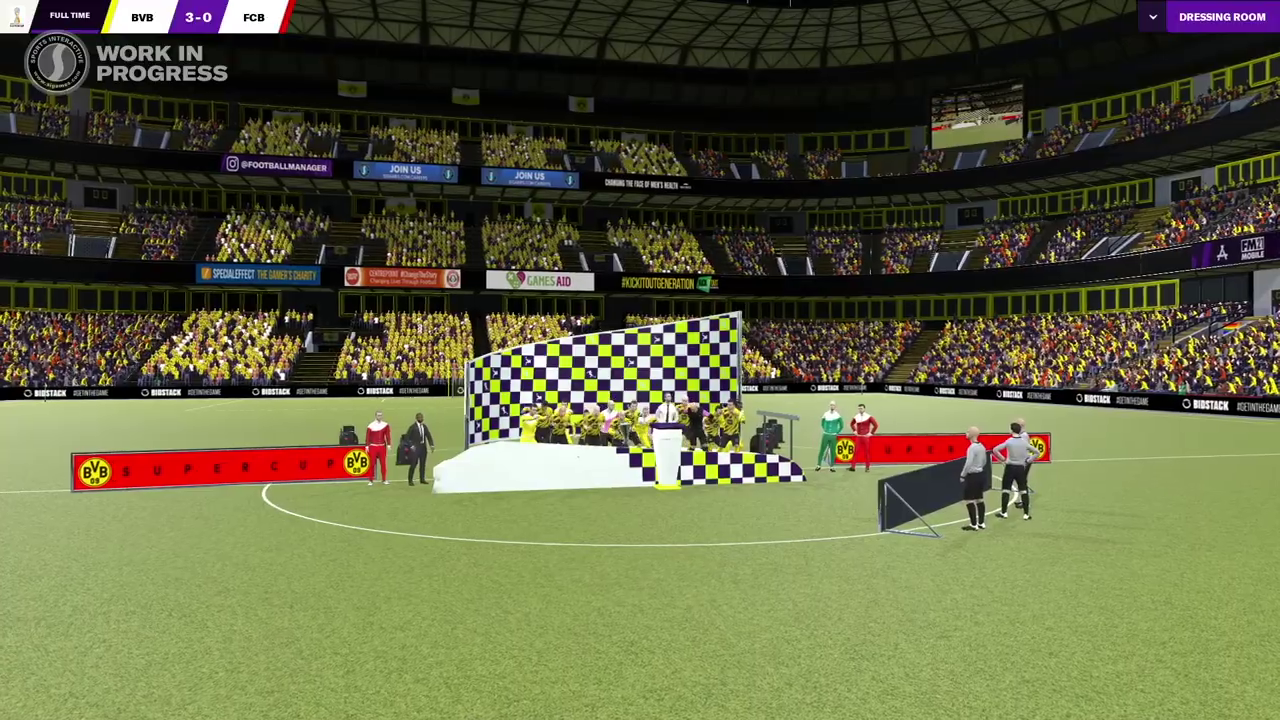 Not only will these celebrations look better on the pitch with improved title presentations we’re talking trophy lifts, podiums and confetti canons but post-match there’ll be more media attention and hype too. 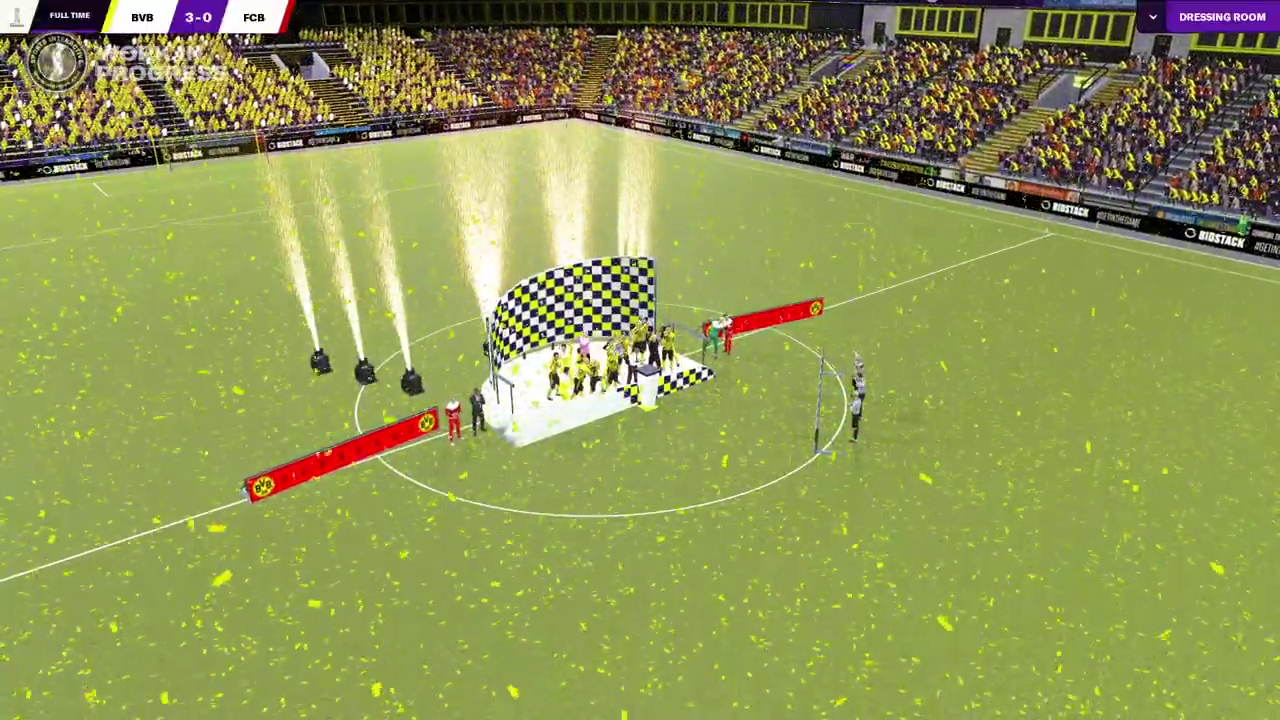 At the end of each campaign, you’ll also get a brand-new season review presentation which will take you through your highlights, both on and off the pitch. 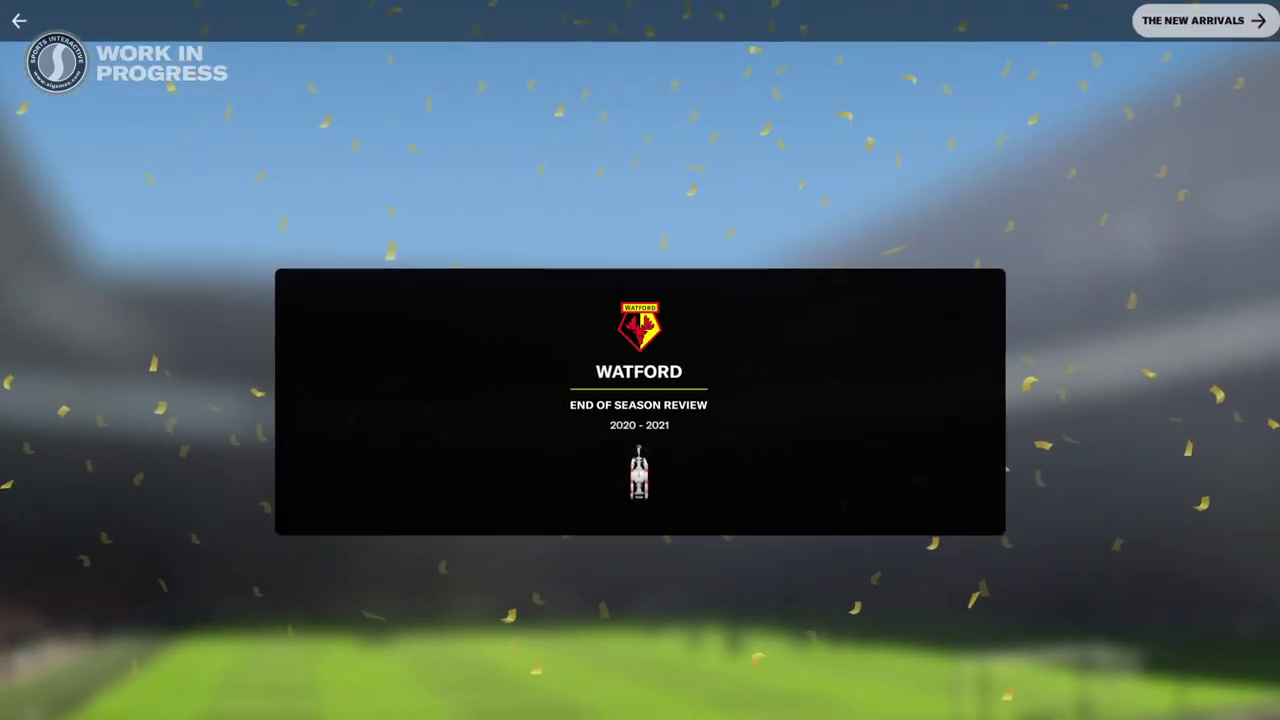 You’ve worked hard for success, so you should enjoy it, no matter how big or small, put your feet up and revel in your achievements.