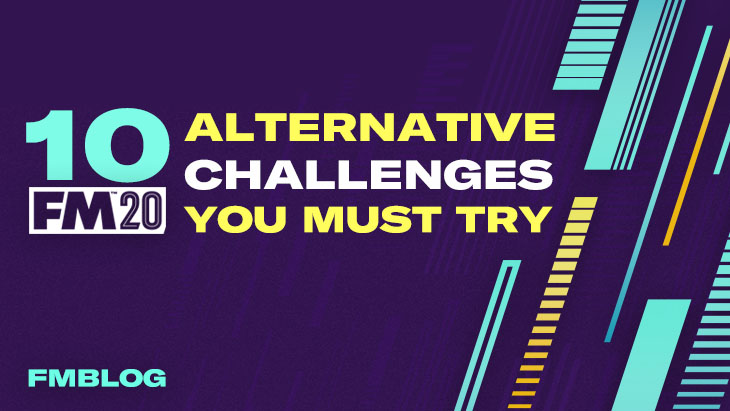 Taking charge of your boyhood club on Football Manager 2020 and attempting to lead them to greatness is unquestionably a lot of fun. Alternatively, you may look to resurrect a fallen giant from a lower division. You could also try your hand in a lesser-known league…?

…but what if you’re looking for a new challenge; something a bit more radical; something that will take your management career in a whole new direction?

Starting from the very bottom working your way up to achieve greatness. This is the quintessential Football Manager dream. The Pentagon Challenge is very much as difficult as it gets in the management simulator and is not for faint-hearted.

It’s a rough start but luckily all you have to do is win the continental championship in all playable continents. Just the five. Like a pentagon - get it?

Your search for employment may take you to Northern Ireland, China, or even Iceland as you attempt to raise your managerial profile and make a name for yourself. It’s a steep learning curve as you attempted to get to grips with a whole squad full of unknown names. Prioritise building towards winning the less reputable continental trophies, before eyeing up the Copa Libertadores and the UEFA Champions League.

Equally, you might find yourself building a dynasty with Klub Sportowy Błękitni Stargard Szczeciński, in which case, crack on.

In stark contrast to the last challenge, here, you have everything. Take your pick of the world’s best clubs, but don’t get too attached to your players, because you won’t be using them. Everyone’s on the transfer list. Clear out the staff too, if you like. No one’s safe.

You have the opportunity to rebuild your club in your image. What you choose to do from here is up to you. Bring back a club icon. Buy your favourite FM players from years gone by. Invest in youth for a sustainable future. You decide.

Just keep in mind what club you’re overhauling. You may have £200m to splash, but Lionel Messi probably won’t be rocking up at Goodison just yet.

3. The Director of Football

From all the control, to decidedly less. Take charge of a club where you make some of the decisions but get all of the blame.

Far from a manager’s dream, this challenge puts you in the uncomfortable position of having no say as to whom your club signs. That’s right. Forget scouting out the next world-beater, you’ve got to work with what you’re given.

For many managers, the transfer window is where they thrive - but not here. Your tactical and man-management skills will be put to the test. Can you get the best from a potentially unbalanced and mismatched squad?

4. You Can’t Win Anything With Kids

The infamous cliché, uttered by Alan Hansen over twenty years ago, was instantly disproved by Ferguson’s United. The squad that won the double in the 1995/96 campaign’s average age was just 26. This challenge asks you to go one better.

Can you be successful with a squad where no one is older than 21? This is going to require a considerable amount of transfer listing to begin with but allows you to invest in promising youth.

Don’t get too accustomed to your young squad though. You may have had a successful first season, but those pesky players won’t stop ageing. Your irrational obsession means you’re going to have to show those 22-year-olds the door.

Too easy? Teenagers only. There’s plenty of room to grow with this save – unless you’re a player.

The other side of the coin allows you to turn your club into a welcoming retirement home. How far can you take an experienced squad full of veterans of the game?

The “welcoming” begins with transfer listing all your young players. But don’t worry, they can all come back once they’re 30. After you’re rid of the bulk of your squad, use your scouts to find the cream of the withering crop. You may as well cancel the youth scouting and sack the youth staff whilst you’re at it.

You can afford to get more attached to your players with this challenge but bear in mind many players may be considering retirement. Squad rotation will be important to manage everyone’s tired old legs but there’ll be no shortage of captaincy choices.

Of all the alternative challenges that can be undertaken in Football Manager, this is the most true to life.

Athletic Bilbao have defied the odds in balancing their idealistic traditions with sustained competitiveness in Spain’s top tier. The Basque club’s self-imposed Basque-only recruitment is a tough ask, yet the club continually produces talent to compete year on year.

It is imperative to hold on to your prized assets if you are to succeed. Aymeric Laporte and Kepa Arrizabalaga are the latest big-name exports but the likes of Iñaki Williams and new signing Íñigo Martínez form a strong core.

Can you build on the club’s relative success using only Basque players?

This challenge takes Athletic Bilbao’s philosophy to the rest of the world. The premise first and foremost is to rid yourself of all foreign imports as you attempt to nationalise your football club.

Building a successful club entirely comprised of homegrown players is very much dependant on the country you choose. Converting a French or Spanish club is going to be considerably less troublesome than a club from the foreign-dominated Premier League.

If this challenge is too straight forward, it can be taken one step further. Follow in the footsteps of Athletic, by only employing players from your club’s region.

Alternatively, only field graduates of your academy. Focus on improving youth recruitment and coaching, to prepare for a future with little room for manoeuvre.

First off – apologies to any Southampton fans reading. This challenge may be all too familiar for the Saints’ faithful.

The starting point for this save will be to have a quick look at each of your players’ overall rating last season. Once you have identified your top 3 performers…sell them.

Recruitment is key. Every year you will be forced to sell your top 3 players, so if you are to be successful, adequately replacing them is paramount. Man management will also be important, as your squad regularly take issue with the sale of their star teammates.

Restraints in the transfer window can be a tough obstacle to overcome in Football Manager. When taking the hot seat at a new club you’ll rarely discover a squad you’re entirely pleased with. This challenge allows you to use the transfer market, however. But here’s the catch. You cannot spend any of your transfer budget on transfer fees.

You’ll have to scour the market for the best free agents and loans available. The better your club, the harder this challenge becomes. Searching for free agents to join Macclesfield United will be considerably easier than it will be for Manchester United.

Be wary of selling any of your prize assets. They may go for big bucks, but you’ll be converting those princely sums into your wage budget. Suddenly flogging your 4.5 star-potential youngster doesn’t seem so savvy. 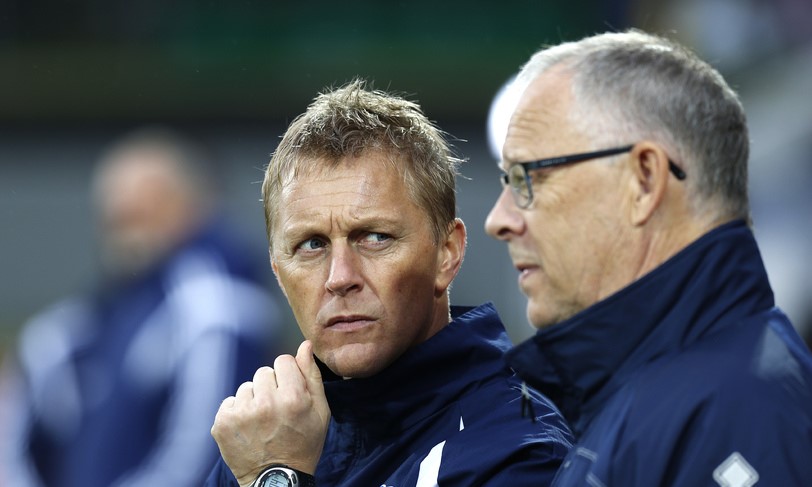 There aren’t many joint managers in football. Heimir Hallgrimsson and Lars Lagerback shared responsibility of the Icelandic national team during Euro 2016 as they went on their historic run. They made it look relatively easy.

It is up to you how to negotiate the leadership of your club with a friend. Compromise on every decision? Take it in turns to make decisions after every advance? Assign yourselves different roles within the job?

Whichever path you take, the success of your club will depend on your ability to work with your co-manager.

If all is going well, why not try adding a third or even a fourth manager to the mix? Run out of friends? Get the family involved.

“Hey mum, do you reckon we should use a Raumdeuter away at Gillingham?”

Whatever floats your boat.