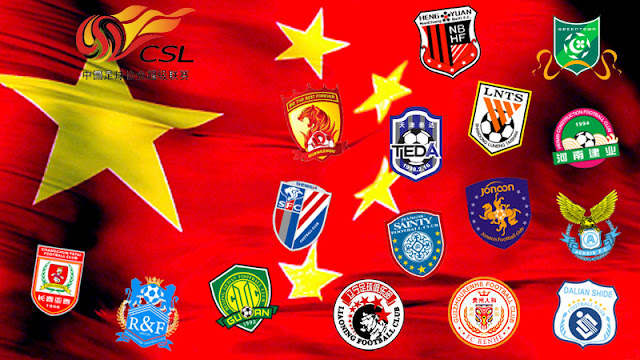 A run of home games against the title challengers, a crazy game away from home and a cup game against Jiangsu, who are rapidly becoming our bogey team. Welcome to part six of Conquering China.

The previous instalment can be found here.

And you can start from part one here


Despite our losing streak, the board thought I was doing pretty well.

The month kicked off with Pengfei, the young left back brought in on loan for cover, informing me he wanted to return to his parent club due to a lack of playing time, and I duly obliged. It was less a case of him not being good enough and more the simple fact I didn’t need him as often as I thought.

That minor exchange reminded me that the transfer window opened on the 22nd of June. I had a few weeks to pour over the scout reports of players we wouldn’t be able to afford for a long time, and watch enviously as millions traded hands for average Chinese players.

Before all that, though, was the small matter of getting our form back on track at home to Beijing, the team currently second in the table. During the usual press conference, one journalist had the stones to tell me: “It’s going to be a struggle, isn’t it?” I could just imagine his patronizing tone, and the other journos in the room nodding in accord with this bloke. I bristled at this and politely told him to sit back down and watch us win.

The big team news was that Burak Yilmaz wasn’t available due to injury, which certainly made life for our defence a whole lot easier.

Our players took to the field hoping to feast on Beijing blood and wasted no time in slicing their defence apart and working their keeper. It was all us in the early exchanges. Seung-Dae and Jin Bo both missed good chances to put us ahead before Beijing created a couple of decent chances themselves. It seemed neither side’s finishing was up to much.

That changed dramatically in the second half. We mirrored our start to the first half, carving our through Beijing’s defence with a one-two, only this time Tae-Goon rounded the move off emphatically.

Beijing took only five minutes to equalise, however. Our defence ended up being stretched, and a through ball right through its heart was swept in by Zhang Chiming.

The extra body in defence ensured we saw the game out this time. Back to winning ways, and a big screw you to that journalist.

With everyone feeling much better about life, the team travelled to 15th placed Chongqing knowing it’d be a good chance to get a run of wins together.

Our away form this season so far has been pretty shocking, and part of that, I felt, was both our inability to keep the goals out and be a significant threat going forward. The change of shape seemed obvious. The 5-3-2 would give us an extra defender, while Seung-Dae could play up front with Tae-Goon and not worry about tracking an opposition full-back all game.

Things didn’t quite work as I hoped, not immediately anyway. Both teams ended up cancelling each other out in the first 15 minutes, and the lack of any real attacking quality down the flanks become painfully apparent when my full backs failed to beat their wing backs with the ball. With both sides starved of any real service out wide, the match looked set to end in a dull 0-0.

Yet one can make all the difference. Bit-Garam floated in a perfect free-kick and Ha Tae-Goon was on hand to nod us into the lead. Emboldened by the goal, we got a second shortly afterwards when a mighty goal-mouth scramble eventually ended with Tae-Goon poking it over the line. At the half-hour mark, a long ball out of our defence was missed by a Chongqing defender and set Tae-Goon away with the freedom of their half. It was a tense moment as the Korean raced into their penalty area, took an age to round their keeper and roll the ball into the empty net for his hat-trick.

The madness continued. Left back Wu Yongchun, who came in for his first appearance of the season, picked the ball up on the edge of the Chongqing penalty area, cut inside onto his stronger right foot and bent one beautifully into the far corner. Then their foreign striker Giglioti went up the other end and made it 4-1, just to keep us honest. We responded in kind by forcing an own goal and making it 5-1. All before half-time.

The second half was a mere formality and we came out with not only a rare away win but a very convincing, high-scoring rare away win that’ll help our goal difference massively.

Of course, with every good thing that happens, something bad has to happen to even it out. Wu Yongchun scored a fabulous goal in the last game, but at some point damaged his hamstring enough to miss the next five weeks.

Next up: bottom of the table Liaoning at home. Surely a great chance to get a third consecutive win.

So who took the lead? Liaoning, naturally. Aloisi finished from an acute angle after 15 minutes, and suddenly what could have been a routine home win was now another scrap.

Our equaliser arrived in style: Bit-Garam curling one in from a good 25 yards. If nothing else, we have scored some excellent goals this month.

In the second half we increased the pressure and were rewarded when Jin Bo put us 2-1 ahead. I didn’t feel entirely safe, so I switched to a counter attacking style in hopes of keeping Liaoning at arm’s reach and maybe snatching a third goal. Yet telling my players to stay back had the opposite effect, as too many were caught up the pitch and we were punished on the counter. 2-2.

Late on, Steve had a golden opportunity to score a late winner, but put his effort straight into the keeper’s hands. 2-2 it ended.

It was now time for a change of pace and a rare mid-week game in the Chinese FA Cup at home to Jiangsu.

I rotated the squad a bit in order to rest the players playing every game and give some useful minutes to fringe players. The selection looked to have paid off when Guanghui gave us a very early lead. Wu Xi equalised for Jiangsu after some very static defending. The first half was an even affair.

The second half saw a lot of endeavour from both teams but little in the way of end product. As my thoughts turned to extra-time and the potential damage it could do to my team’s fitness, Pei Yuwen conceded a 90th minute penalty. Alex Teixeira dutifully stepped and rolled it into the bottom corner, completing the comeback and sending Jiangsu through to the next.

I was disappointed in how we failed to defend our lead, but an early cup exit might not be the worst thing in the world. We simply don’t have the squad to compete on more than one front.

The month concluded with another home game, this time against title-chasing Shandong.

A chance to take an early lead was spurned by Tae-Goon. Shandong immediately went up the other end and created an opportunity for Montillo that he somehow didn’t take. The game was far too open for my liking, with one too many reckless tackles. One such tackle gave Wang Yongpo a free-kick on the edge of our box. The ball inevitably flew into the top corner.

A set-back, but we had shown enough to be able to get back into the game. 23 minutes gone and Steve got the equaliser. Our habit of scoring quickly continued as Sun Jun made it 2-1 and completely turned the game around in the process. Montillo struck the post with a long ranged effort just before half-time.

Shandong came out for the second half more focused and determined to get a result and we found ourselves under more pressure. That pressure told when Yongpo was released down our right and he blasted it from a narrow angle; Chi Wenyi shouldn’t have been beaten at his near post so easily despite the ferocity of the strike.

We responded well to that set-back and fought hard to keep them out again for most of the second half. The game turned once more when Shandong’s Dai Lin was sent off. We threw everything at Shandong after that, and our chance to re-take the lead came after Sun Jun’s glorious lofted pass found Seung-Dae, but the South Korean’s shot hit the outside of the post. An even better chance followed, Tae-Goon’s close range effort somehow being saved instead of hitting the back of the net.
In the end, it finished 2-2. I was left with the feeling that we should have won the game.

Overall, a positive month, with good results against Beijing and Shandong and a fantastic away win at Chongqing. The table was looking good:

Next time: the transfer window opens, we continue to defy the odds and Tae-Goon channels the spirit of Jamie Vardy.