8 Teams You MUST Manage In Football Manager 2016 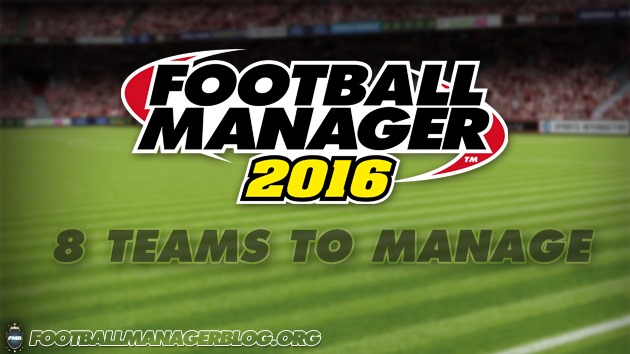 Football Manager 2016 is set to be officially released by SI studio on November 13th with Beta coming two weeks earlier, so we'll take a look of what we think are the best or most interesting challenges.

Ten clubs, ten stories, ten totally different challenges to brace in Football Manager 2016. Some will be harder, some easier, but all of them will without a doubt be interesting to get your hands on.
Of course, not every Football Manager player is the same, some like to take it easy by managing Juventus, FC Bayern, Barcelona etc. and just sit back and relax, focusing primarily on the squad and transfers. Some go to extreme and play for 20+ season trying to mange lowest tier club to Champions League glory.

Some again like to take a club with great youth squad and try win everything in their path whilst keeping their best players at club. Where others take control of a sugar daddy club and buy them same great youngsters.

No matter in which of these categories you see yourself as a FM player, you simple have to take on one of these 10 teams/challenges in the upcoming FM16. 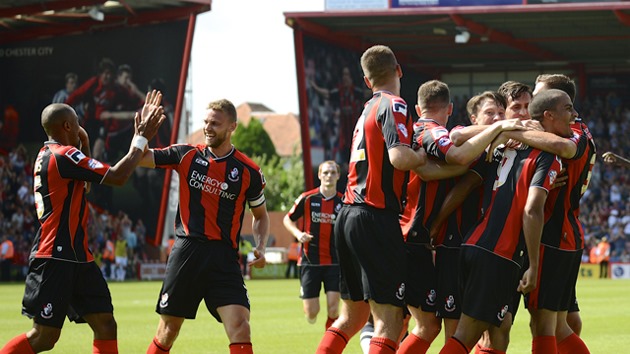 There should be no surprise that AFC Bournemouth are on this list. Club that was founded 125 years ago have just now reached the top tier of the English football league system, the Premier League.

They've won the Championship title last season and earned themselves promotion to the Premier League for the first time in their history. This really is a fairy tale achievement if you take in consideration that The Cherries narrowly avoided relegation from the Football League in the 08/09 season.

Challenge here is to survive first season in the Premier League and from there on try to make things happen. Likes of Artur Boruc, Simon Francis, Tommy Elphick should help you achieve this goal. 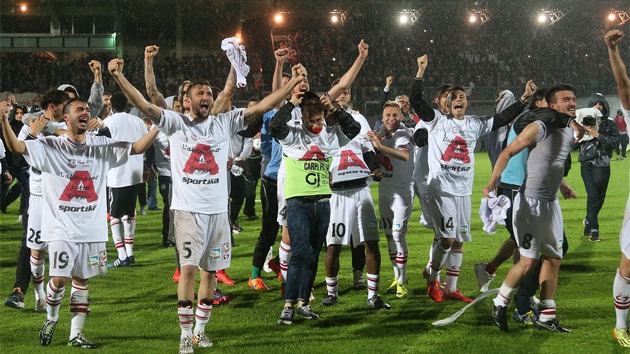 Modest club from Italy's province of Modena, was founded in 1909 but re-founded in 2000. Same as Bournemouth, this will be Carpi's first time in the top tier of Italian football, Serie A. And also much as Bournemouth's road to the top league, Carpi also battled their way through Italian football system.
If you take into consideration that the team was only in Lega Pro Seconda Divisione in season 09/10, their surprise first place finish last season in Serie B is simply remarkable. Not only that they've won the Serie B but they did it with some style, managing to snatch 80 points in 42 games, with a 9 point advantage to second-placed Frosinone.

Challenge here is also to keep Carpi in Serie A while you play at The Stadio Alberto Braglia, home of Modena F.C., and this is because their current stadium, Stadio Sandro Cabassi, doesn't meet Serie A's minimum requirements.

Likes of Zeljko Brkic, Luca Marrone, Igor Bubnjic and Wallace should help you on surviving your first historic season with the club in the highest tier of Italian football. 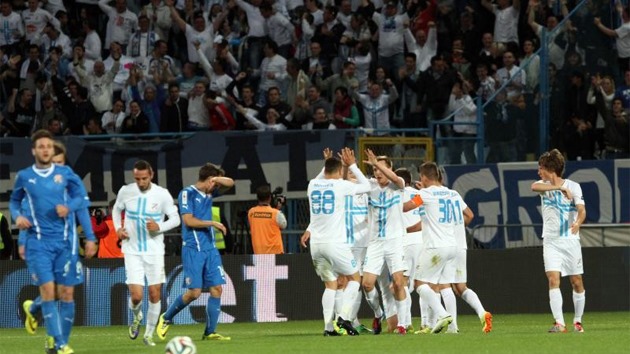 Club from Croatia's Adriatic city Rijeka should be a fun challenge to try in FM16. Club has made some noticeable results in last two seasons both in European competitions as well as in the Croatian national league.

Financially good standing, you'll also have an opportunity to play in the UEFA Europa League and if you win the league, which is not an impossible task, have an opportunity to try yourself in the UEFA Champions League. Also, if you do well on the continental scene, you could bump the nation's UEFA Euro coefficient and secure two Champions League positions in the second season for Croatian clubs.

So challenge here is; beating GNK Dinamo to first position in the league and winning it for the first time in the clubs history, and also try to secure enough points so that the nation has two clubs in Champions League next season. Also try and win the nation's cup competition for the fourth time in club's history. 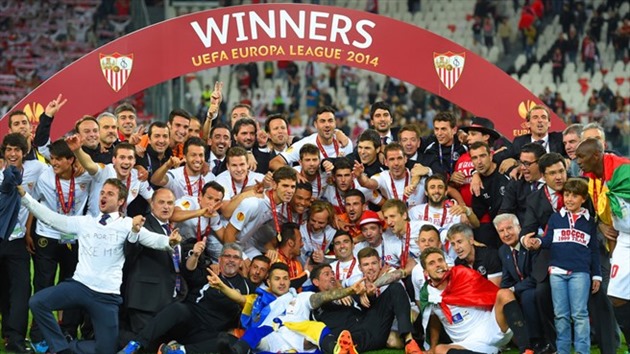 Now this is one that you must take into serious consideration. Back to back UEFA Europa League winners should be no easy task in the upcoming release of Football Manager. Why? How about Barcelona, Real Madrid, Atletico Madrid and Valencia just to name the few.

Not only that you'll have at least eight death matches in La Liga, but you'll also take on Barcelona in UEFA Super Cup as your first game on the bench of the club. Furthermore, as Sevilla won the UEFA Europa League, they are automatically qualified for this year's Champions League. So you have three hard fronts to lead your battles, La Liga, Champions League and Copa del Ray.

Likes of Adil Rami, Jose Antonio Reyes, Ciro Immobile, Gael Kakuta, Ever Banega, Yevhen Konoplyanka, Coke and Fernando Llorente will help you on this what we think  is one of the hardest tasks in upcoming Football Manager 2016. 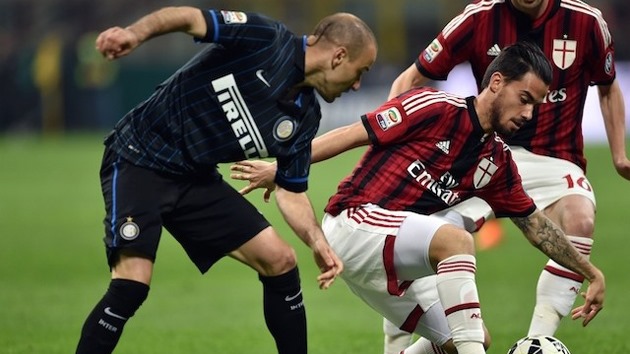 When it comes to reviving fallen giants it doesn't get any harder then trying to revive these two clubs from Milan. Both clubs are in a crises that has been going on for way too long fur such names in modern football.

Not only that both Milan clubs haven't felt success in the national competition, but both haven't even qualified for European competitions in the upcoming season! Truly surreal fact when you take in consideration that both clubs have 36 scudetto titles combined among them and 10 Champion League titles!

Your task with either one of these clubs is to bring the Serie A title back home to Milan whilst qualifying for Champions League. This challenge might seam easy, but the likes of Juventus, Roma, Lazio, Napoli and Fiorentina will make it a difficult one to say the least. 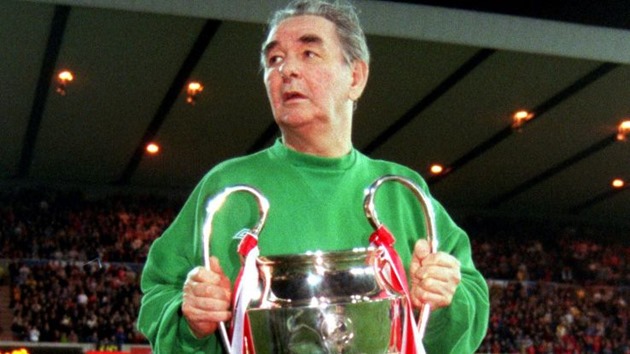 Not one release of Football Manager shouldn't pass without you trying to take the Red and White Army back to European glory, same as it most successful manager Brian Clough did, that's the man from the picture.

In his era of managing the club between 1975 and 1993, Clough managed to win the League, back to back European Cups, four League Cups and two Full Members Cups. However, the club have fallen on harder times in recent years, and have been outside the Premier League since 1999.

Challenge here is trying replicating Clough's success and bring back the old glory to this now mediocre team in the Championship who has now been 17 season away from the Premier League.

There is nothing better than starting your brand new version of Football Manager and picking up the club you love and support. Either it is some lower league club or one of the European giants, there is no better feeling than telling your mates all about your success with the club you hold close to your heart.