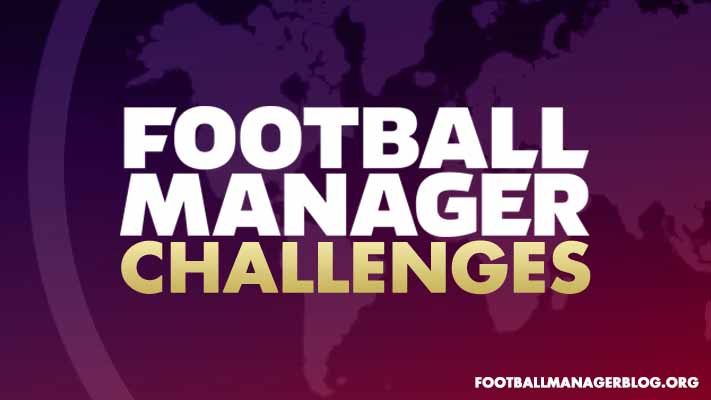 Let's take a look at the most exciting challenges you can embark on Football Manager.

Most of these are extremely hard to complete, so better prepare yourself mentally and time-wise.

First off, why should you even begin a challenge in FM? It's quite simple, they are exciting, entertaining and unpredictable, and because of these things, you'll be playing Football Manager more than ever before!

Rather than managing a club and becoming bored quickly, take one of these ten challenges that will stimulate your enthusiasm the most. 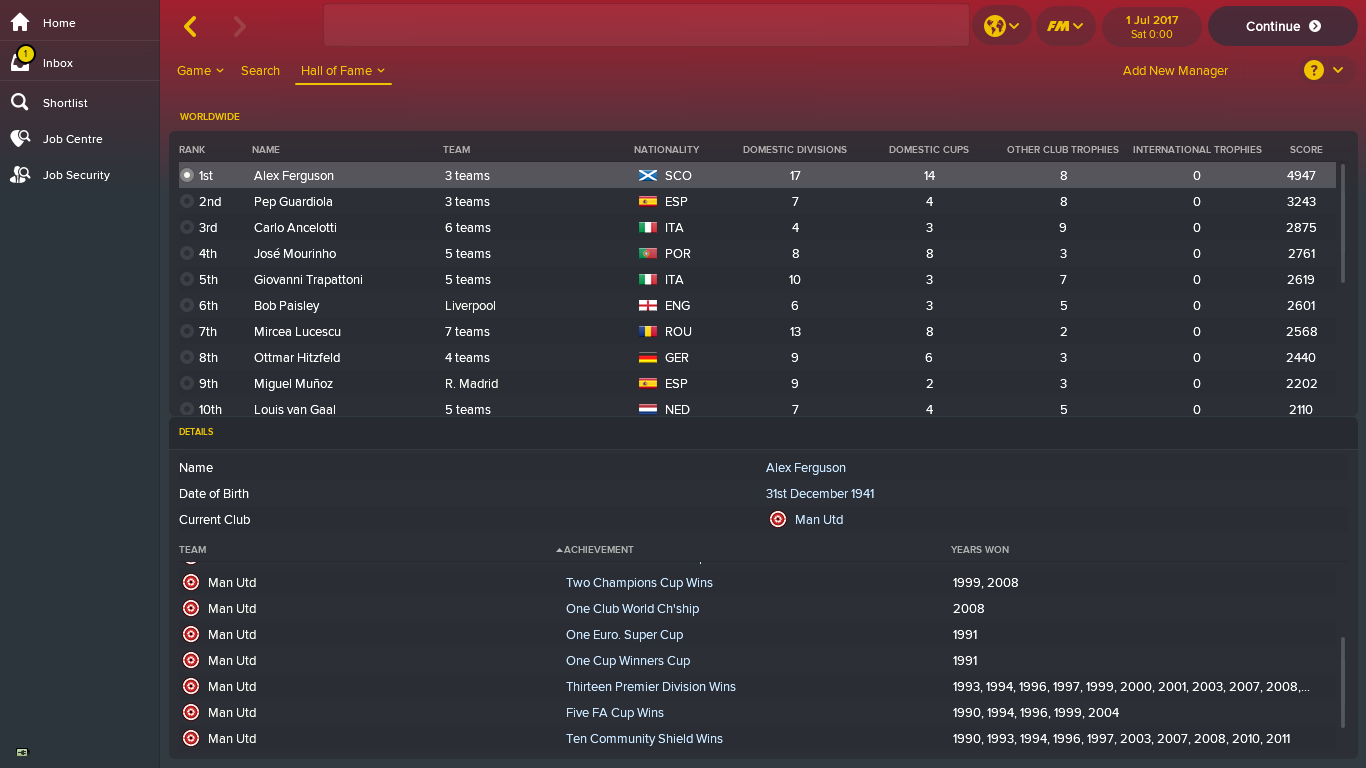 This FM challenge is my personal favourite. In this challenge, you'll have to imitate the life of one of the renowned managers that ever managed a football club in the modern era.

Same as Man United named Sir Alex Ferguson as their manager when they were almost at the bottom of the table, you'll have to take over a club that is also in the relegation zone!

By this I mean the following; run Football Manager till November 6th and take over a club that is in the 19th spot on that exact date and replicate what the great Scott did with the Reds. Your aim is to win 13 Premier League titles, five FA Cups and two Champion Leagues.

This challenge seems like an easy task, but you probably won't get a big club like United, but that makes the challenge so much more interesting! Oh and why that exact date, because United appointed Sir Alex on the exact date in 1986! 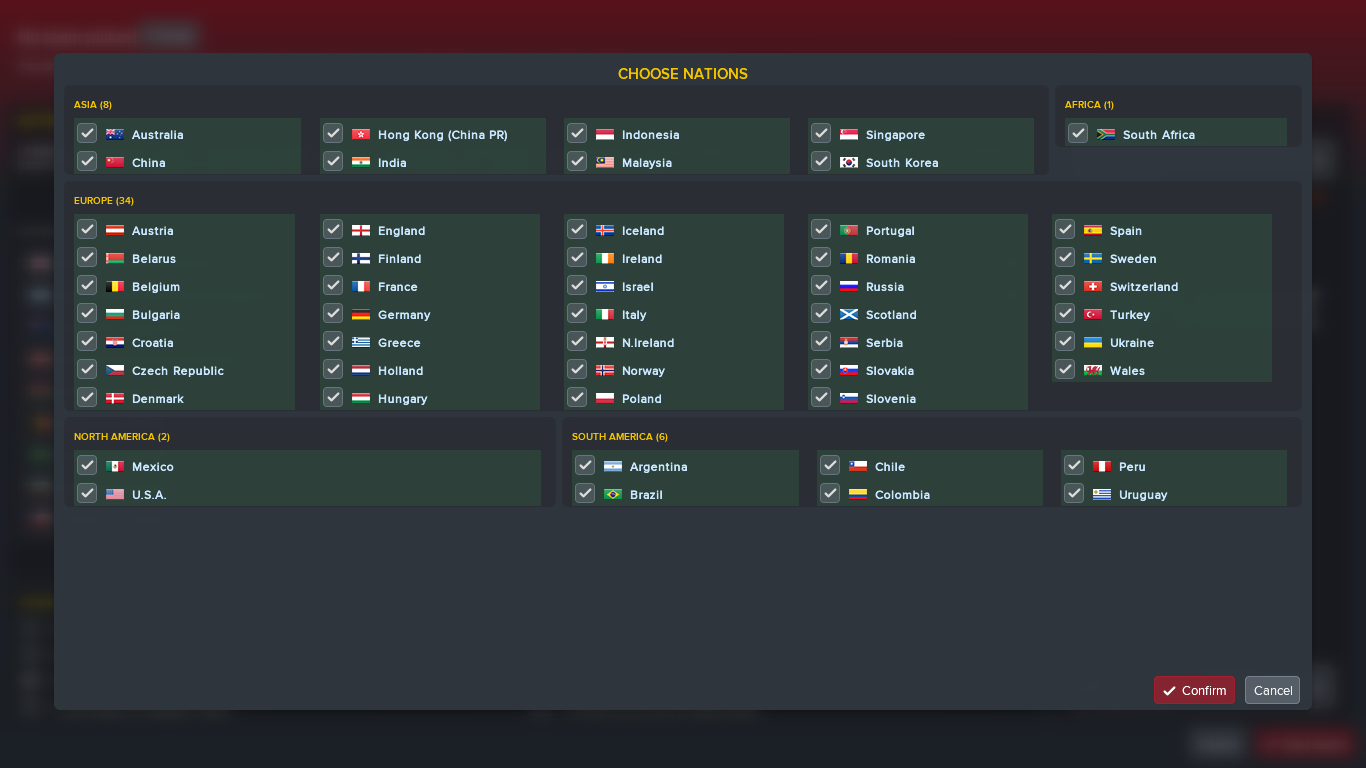 Loads of people are doing the Pentagon challenge these days on FM. FM YouTubers are playing this challenge and making video series of it, so you probably already know about it either from the videos or some other FM forum or blog.

Pentagon challenge is most probably the hardest and most time-consuming challenge there is.

If that task weren't hard enough, you'd also have to start your career as an unemployed manager and with a history as a Sunday League footballer.

Unless of course, you played at a higher level in real life like Kylian Mbappe, Paul Pogba or Antoine Griezmann who are all huge fans of the game and regular players.

Tip, it's best to start off in South Africa or Asia, so you can build up your reputation before moving to other clubs on other continents. 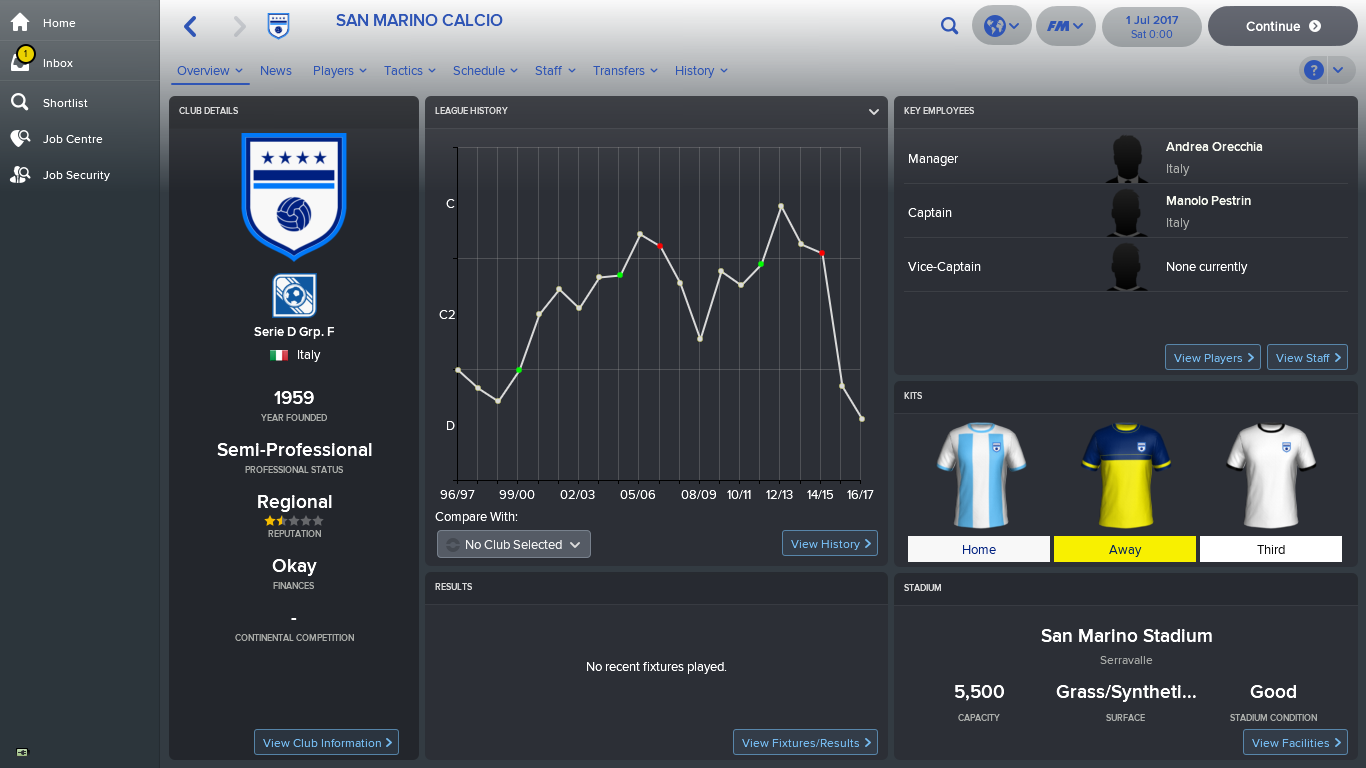 Want to put your manager abilities to the ultimate test on FM? Then try out the San Marino challenge!

In my mind, it's the hardest and well-known challenge for Football Manager! Although they are a different country, the club San Marino is based in Italian football system and is currently in Serie D of Italian football.

Challenge is to improve the national squad of San Marino and take them off the bottom of the FIFA rankings, using the youth system at San Marino the club.

Try to get San Marino the club to the highest stage of Italian football, the Serie A, and once there you can use the money you earned and invest in the club's youth facilities.

You will have to balance your duties with the domestic and national team and try to convince a lot of players to choose San Marino over Italian national team. 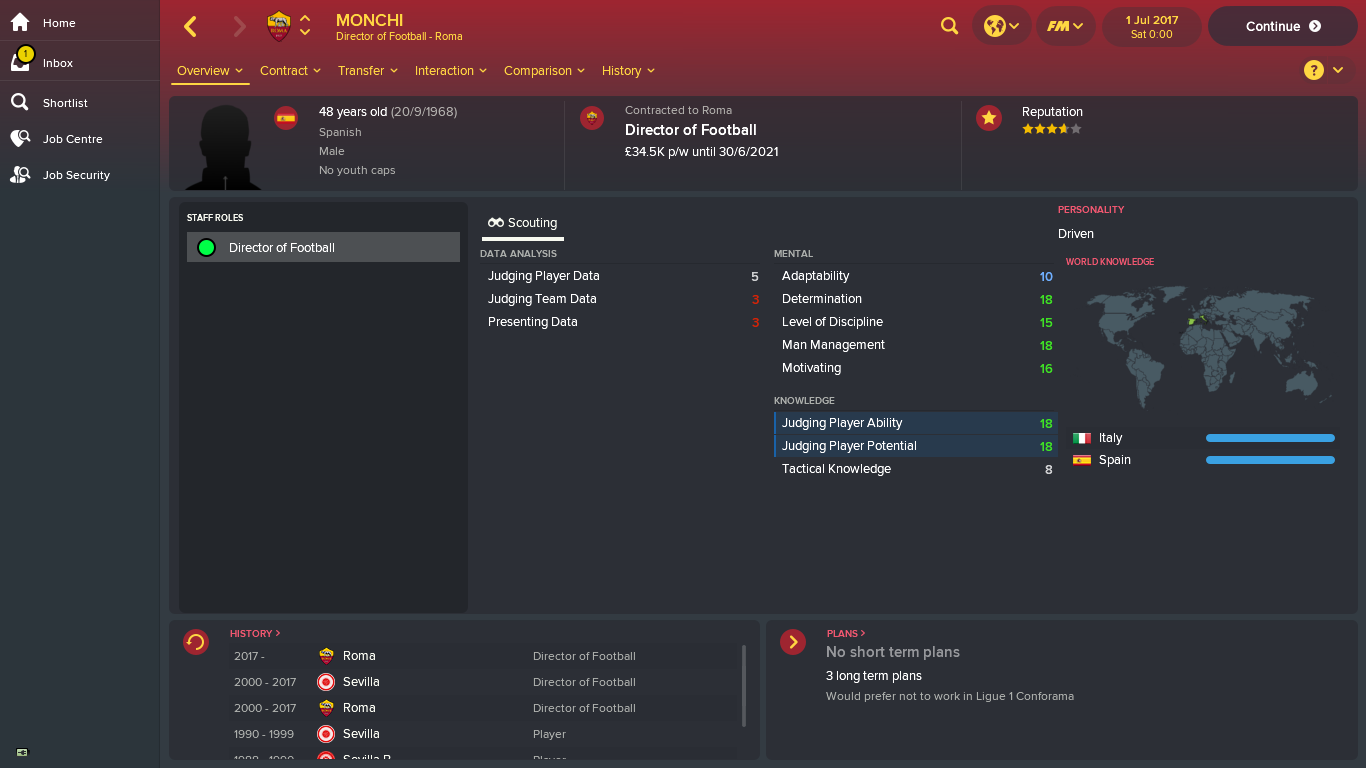 Formerly known as the Joe Kinnear challenge, this has now become the Director of Football challenge in Football Manager community. Ironically, Joe Kinnear was probably one of the worst directors of football in the Premier League.

So the thing about this FM challenge is that you leave all of your duties to your Director of Football, which will leave you with only running team training and the tactics.

Your Director of Football will be in charge of all other areas of the game, such as scouting for new players, contract renewals and incoming and outgoing transfers, and you will have to accept every decision he makes.

Does this one sound interesting to you? It certainly is one of the most interesting challenges there is! 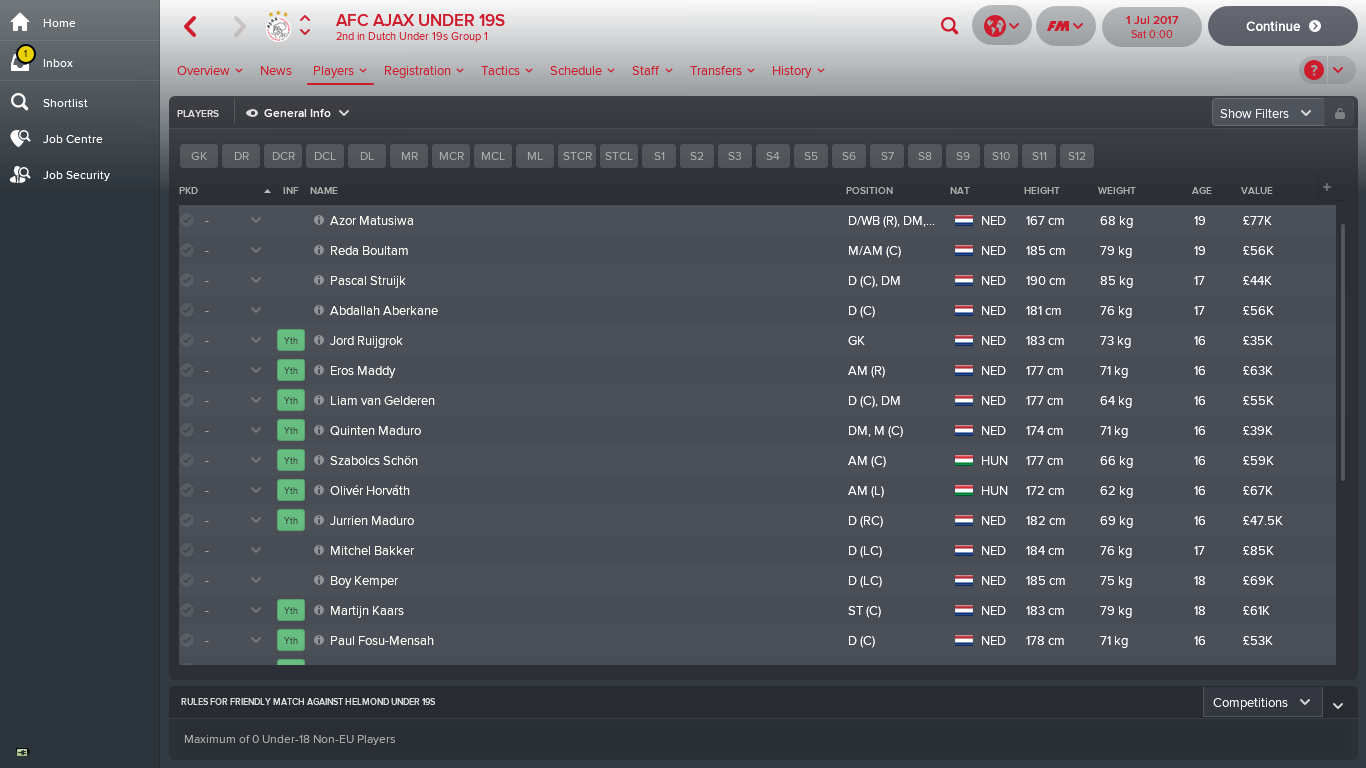 The challenge that can be attempted by any club in Football Manager, but will be more or less hard depending on the stature of the club you choose to manage and their youth academy.

The aim here is to win the nation's top tier of your choice playing with only home-grown players. Of course, this can mean foreign players raised at the club, but in the spirit of the challenge, players should preferably have the same nationality as the club.

Clubs from nations like France or Spain will give you an easier job to fulfill this challenge, but the real test will be no other than clubs from England!

TV money, which is huge in England, means that there is a large number of foreign players in the league, while the rarity of English ones makes them very expensive to purchase. Oh, and it's better to start stockpiling young Englishman for the future because let us not forget that little annoying thing called "Brexit." 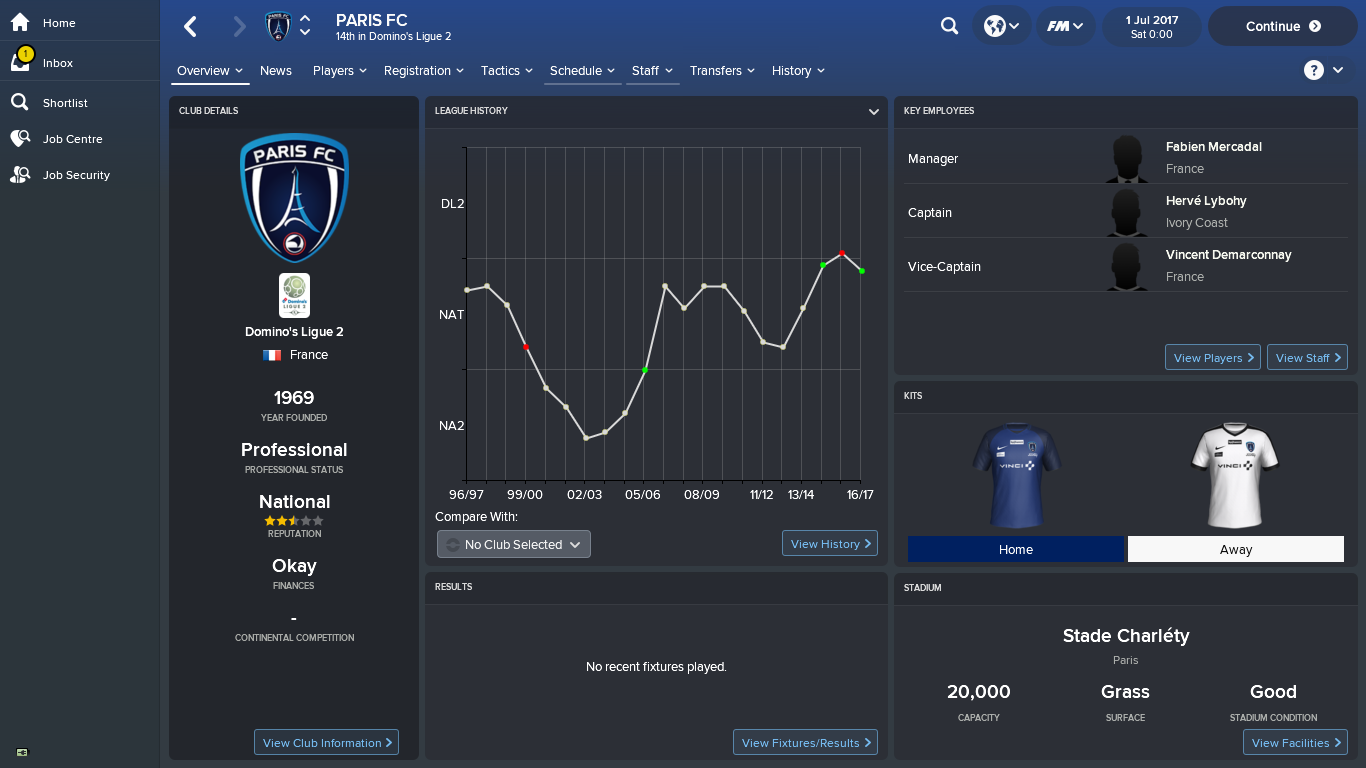 This challenge is all about taking the glory from a much bigger club that is casting a shadow on the one you took charge of.

Being the smaller club, you'll have to fight your way through the lower leagues, compete in the same division as your bigger brother and ultimately pass them. So it's really few challenges in one!

Teams like FC United of Manchester and Paris FC are ideal for this challenge in Football Manager.

FC United of Manchester was founded in 2005 by a group of fans that protested to the takeover by the Glazers family, and since that year they have been working their way up through the English pyramid system and are now playing in Vanrama National League North.

The Paris FC are playing in the French Ligue 2, and their bigger brother is, as you might already guess it, the oil-rich P$G side, the one with Neymar, Cavani, Mbappe... Maybe you already heard of them.