Top 10 Free Agents That Are Still Available After Transfer Deadline 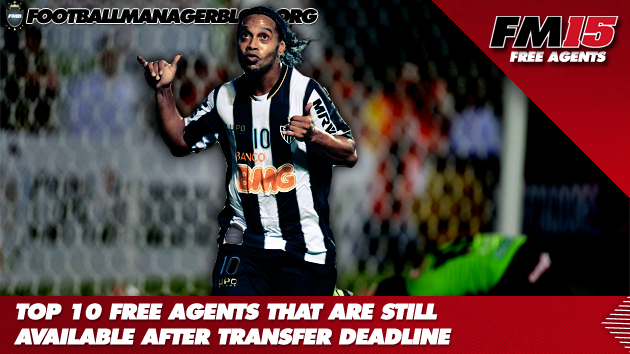 There were some big name signings during this summer's transfer window, as well as some bargain buys, but some of the talented players are still without a club.

This is our pick of the top 10 free agents that are still looking for a club, and just might be on free in Football Manager 2015 if no one snatches them up, as the transfer deadline does not apply to them.

Take a look of what we believe are the top 10 free agents still available. 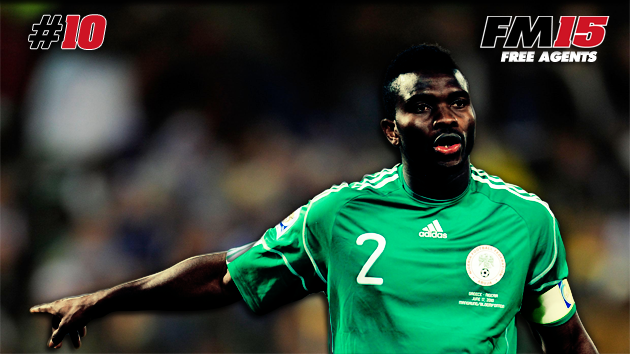 Joseph Phillip Yobo is a Nigerian professional footballer who plays as a centre back. Football fans will remember him best from his Everton days, where he played for seven seasons from 2003 till 2012, managing to grab 196 appearances and adding 8 goals to his tally.

Later on he moved to Turkish side Fenerbahce on a loan for two seasons, and eventually made a transfer in 2012, and stayed there till 2014, when he moved back on the island to play for Norwich City (loan deal).

Yobo is now still a free agent, and probably one of the best centre backs that could be signed on a free transfer in FM15. 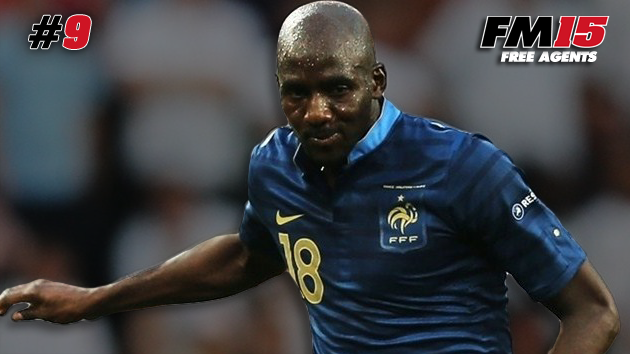 Alou Diarra former French international player and a captain of the national team, is a free agent ever since his contract with West Ham was cancelled by mutual agreement.

Some compare him to former French footballing legend Patrick Vieria, and the reason for so is that Diarra also primarily plays as a defensive midfielder and is described as strong, athletic and very powerful and possesses a combative edge.

This thirty three old French-man, trained in Bayern Munich and Liverpool but never made an appearance, but instead made a name for himself in France, where he played for Lens, Lyon, Bordeaux and Marseille. Nevertheless, this strong defensive midfielder will undoubtedly be a great asset if you manage to get him on a free transfer in FM 2015. 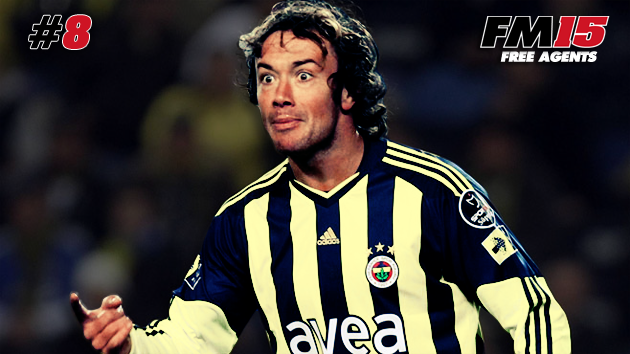 He made his name playing for Turkish side Fenerbahce, where he spent five season from 2006 till 2011, and made 125 appearances and added 21 goals to his tally.

At the age of 33, Diego can still be a great signing in Football Manager 2015, and if it's for free-then even better. 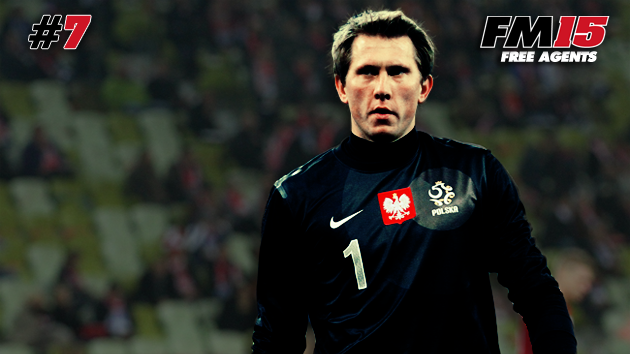 Polish goalkeeper Tomasz Kuszczak has spent nearly his whole career as an understudy, but he finally got a chance at being first choice at Brighton in 2012.

However, after two years with the Seagulls, the former Manchester United number two finds himself without a club. Relatively young for a goalkeeper at 32 and with a reputation as a decent shot stopper, Kuszczak is still a good option. 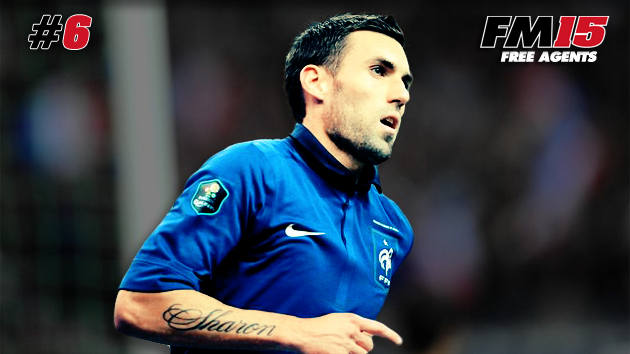 French defender Anthony Reveillere is very much in the twilight of his career, but the former Lyon defender has a wealth of experience. His preferred position is as the right back defender.

He won five Ligue 1 titles at Stade Gerland and after spending last season with Napoli he now surprisingly finds himself without a club, which sadly is not a good situation for him, but on the other hand a nice one for us to face and try to get him on a free transfer in FM15. 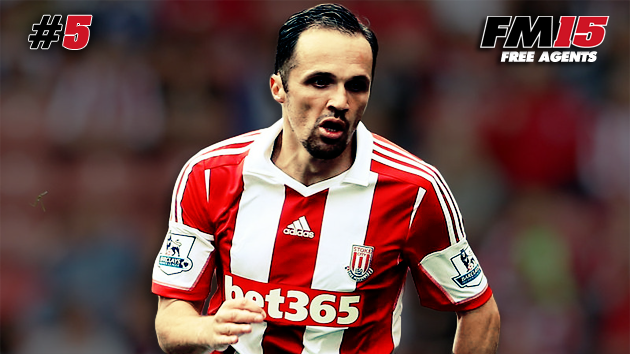 Matthew Etherington has been a consistent Premier League performer for almost a decade. With West Ham and Stoke the left sided winger has proven to be a valuable contributor.

The 33-year-old has possibly just lost his edge, but would be a cheap addition to add guile and creativity. 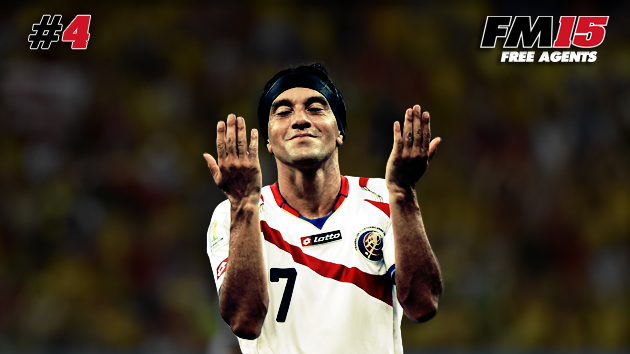 While many of his Costa Rica teammates earned big moves off the back of their World Cup performances, right winger Christian Bolanos is still without a club after leaving Copenhagen at the end of last season, previously been there for four seasons.

The winger was one of Los Ticos' best players in Brazil and his continued status as a free agent is somewhat of a shock. At the age of 30, Bolanos is definitely one of the free agents that will be a hot transfer target in the upcoming Football Manager. 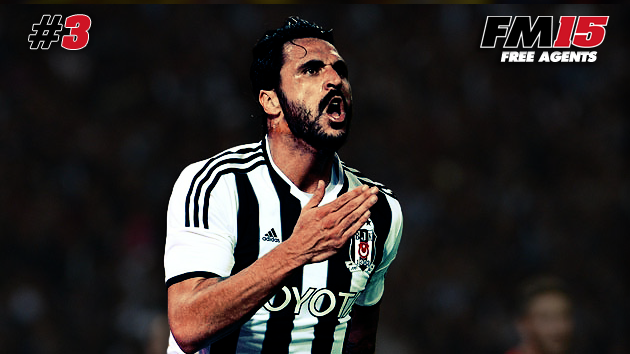 Hugo Almeida is only 30 years old and has a consistent career scoring record of around one goal every three appearances. He is a Portuguese international and represented his country at this summer's World Cup.

However, no clubs have picked up the towering striker since his release from Besiktas, which strikes us as a surprise considering his relatively young age for a footballer.

Almeida could do well at any team in FM15 as a target man. Yes that's right, football genius Ronaldinho is still a free agent after leaving Atletico Mineiro, where he proved to everyone that he still can play at a high level even at the age of 34.

The former two time FIFA World Player of the Year has been linked with a move to the new Indian Super League. League hosting other ageing stars, Del Piero is just one of them... 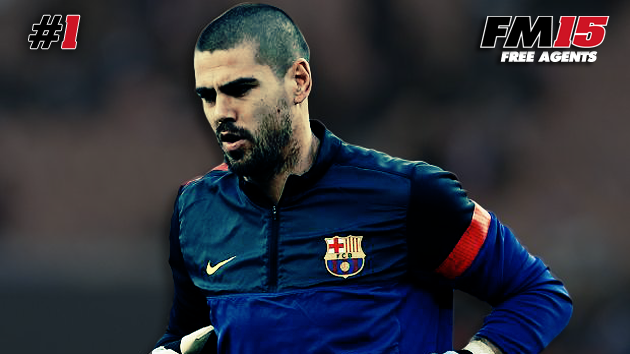 Following his decision to seek a new challenge, this summer Victor Valdes brought an end to his 19 year association with Barcelona. Keeping goal for the Catalan club, the Spaniard won countless trophies.

A knee ligament injury currently means he will be unavailable until November, but a lot of clubs, notably Liverpool, are already very interested.

It has been reported that he has agreed a one year deal with Liverpool, so he may not be a free agent soon, unfortunately.