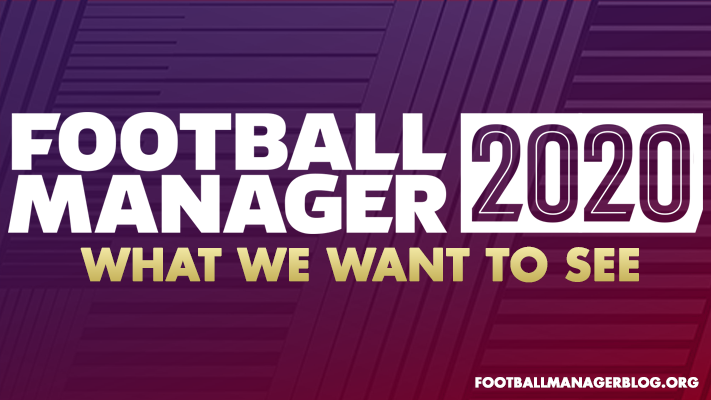 Football Manager 2020 is fast approaching and although we don't know which new features we'll get with the new edition, we have summed up a wishlist from the community on what they'd like to see in FM2020.

So, let's jump right in and see what would the players like to see in FM2020.

Ability to pay for your own in-game qualifications! (with in-game wages.)

I’d also like to have an interactive aspect to gaining coaching badges by answering questions and stuff like that.

One of the most requested features is the ability to spend your manager earnings on various stuff in the game. But studio director, Miles Jacobson, said that this will never be a possibility in Football Manager.

However, we'd love to be able to spend our hard-earned money on our coaching qualifications at least. So as we progress in our saves that our coaching badges progress as well.

Currently, we're only able to ask the board to spend money on coaches in our club, but not on ourselves.

This bit would undoubtedly add more to the realism of the game and would be accepted really well in the community.

Also, as James Vines suggested, an interactive aspect of gaining coaching badges by answering questions, for example, would be a brilliant new addition to FM2020.

I'd like to see regens with better faces in Football Manager 2020.

Another feature that is requested year after year, but always falls on deaf ears.

No doubt that newgen (regen) faces look incredibly lousy each year, and this has become a source of frustration for many players of the game.

Not only that they look really unreal, but there has been no progress on this field from SI, we could even say that the studio is backsliding when it comes to regen faces.

Even thou there are various different modes to enhance the looks of the regens in the game, we'd love from the studio to take some time and make better, more realistic regen faces for us in Football Manager 2020.

A full revamp on the press conferences. Sometimes it's too dull. Give us more options.

Press conferences haven't had any significant changes done to them for a long time, adding some new options or doing a full overhaul might be an exciting new feature in FM2020.

A lot of managers tend to skip press conferences and the like, but for those of us who like to attend, there needs to be some more variety in both the questions asked and the responses available.

There's only five options to select for any question and it rarely has the response you actually want.

A dynamic response system where you can construct a reply from sections of pre-made phrases could work, especially since the "Additional Comments" section rarely has any effect.

The female version of the sport has surged in popularity in the last few years, and FIFA introduced women's football a few years ago, so it's about time Football Manager followed their example.

There's just one problem; this is still a distant pipe dream.

Jacobson is asked time and time again when women's football will be added, and his answer has remained the same: When it becomes financially viable.

In a November 2018 interview, Jacobson explained that when they eventually do women's football, they want to do it properly.

"The majority of people who play Football Manager are male, just as the majority of football fans are male," Jacobson says. "But, just as there are more female football fans, what's been encouraging over the past few years has been the fact that more female players are playing the game. We very much hope that one day this will be commercially viable and, when it is, we'll do it properly. All elements of the professional women's game will be included."

So I guess that's that. Including women in the game would be a huge undertaking and while it's definitely something to strive towards, it doesn't look like it's coming any time soon.

Improvement in the dialogue between manager and players. Currently very unrealistic.

Dialogue between manager and players is not only unrealistic but is lacking in complexity.

There's only a handful of dialogues you can currently have with your player in the game. Such as praising or warning them for either their conduct, training, form etc.

We need more options when talking to our players so we can express ourselves better and have a better reaction from the players themselves after the chat.

Training in Football Manager 2019 has had a complete overhaul and is now more complex than ever before, but what we ask is the ability to spectate training sessions ourselves.

Aside from pre-season friendlies, there's almost always something at stake when testing new tactics in Football Manager. Being able to organise an intra-squad friendly to watch your tactics in action before you jump back into the title race could be crucial, because if your starting XI loses 6-0 to your youth team, you know it's probably not going to help you win the league.