Welcome along to the Southampton FC team guide for Football Manager 2019.

Southampton FC is an English club based in the city of Southampton.

The club has been nicknamed "The Saints" since its inception in 1885 due to its history as a church football team.


The stadium has a capacity of 32,505 and is currently the largest football stadium in South East England.

Southampton FC is a club with great history an more than a few trophies to their name. 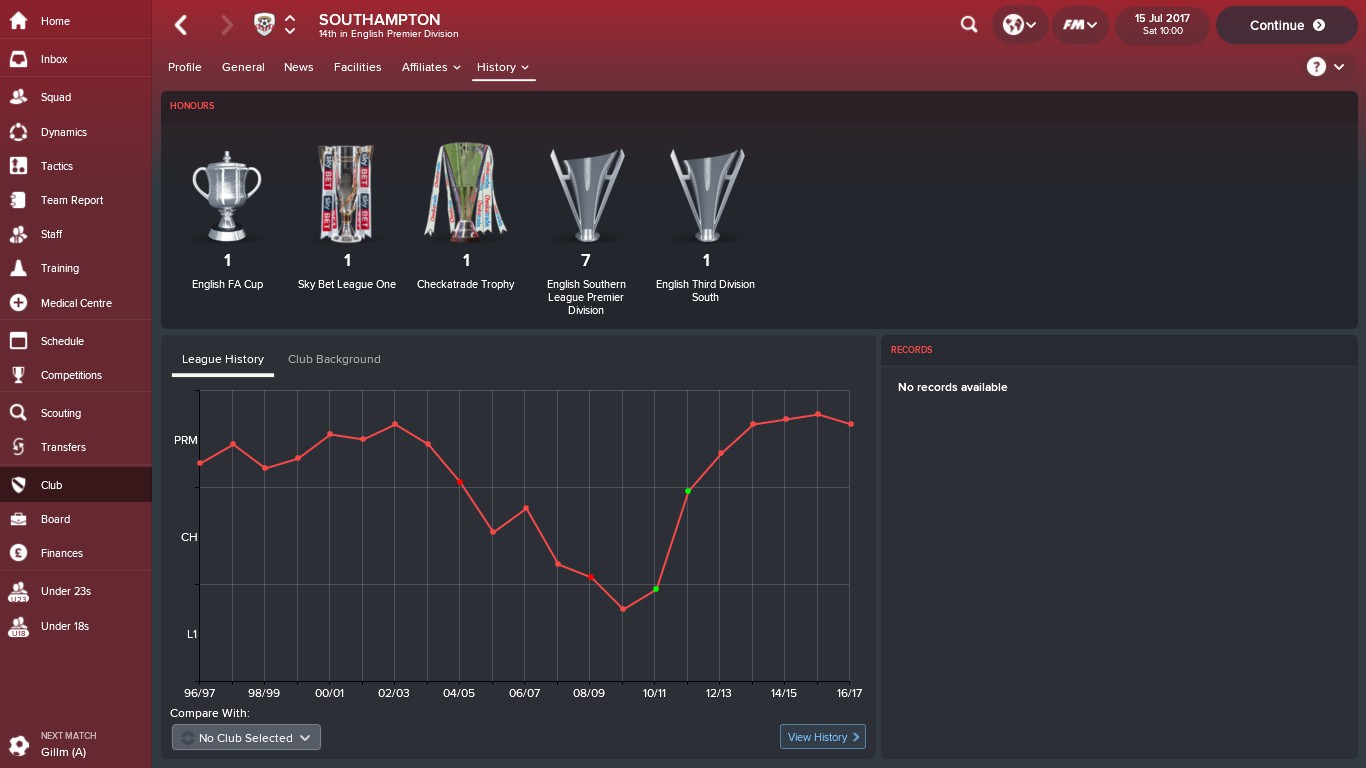 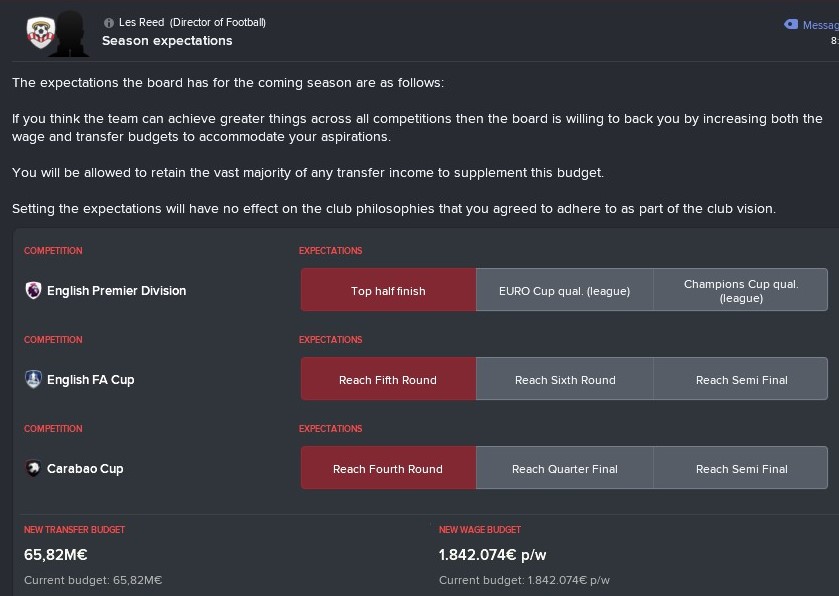 This is the potential formation of the team.

Proper tactic for a middle-table team in the Premier League. 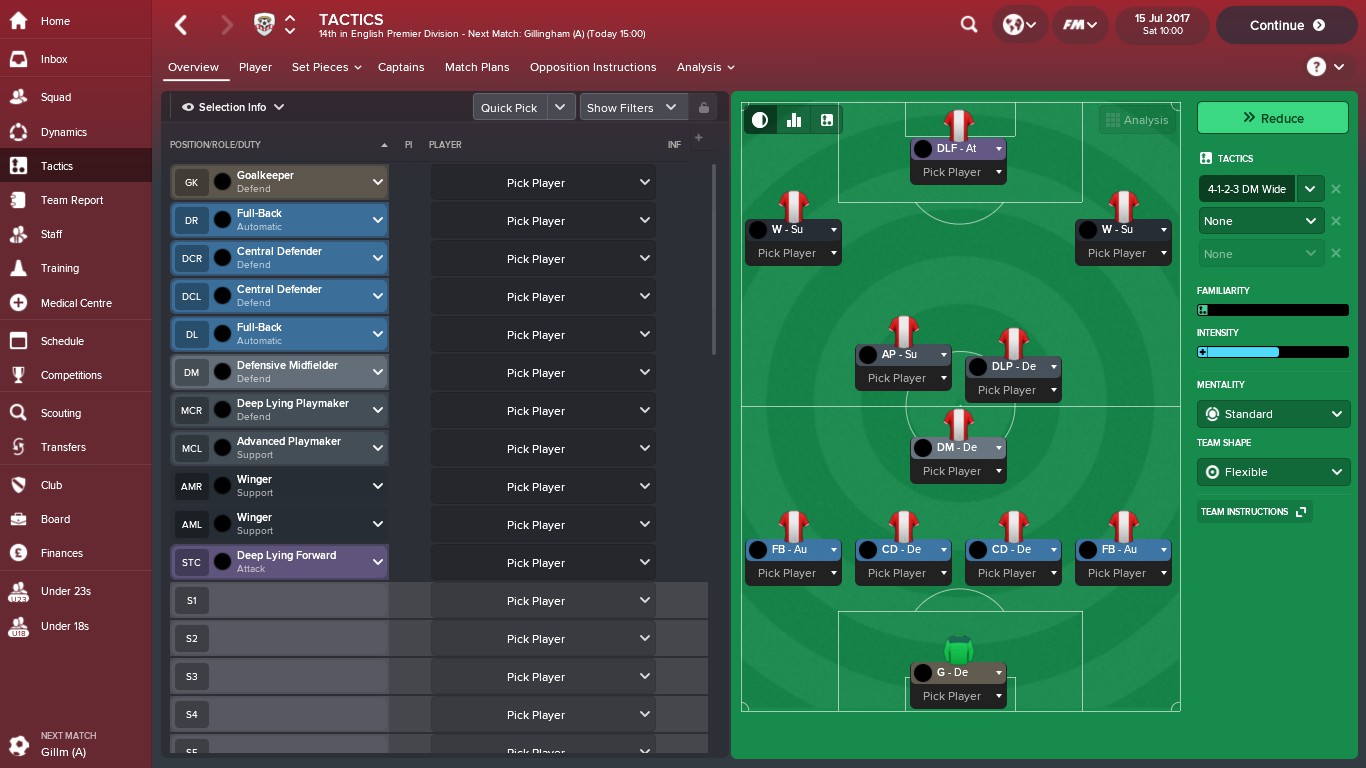 The main goalkeeper is Alex Mccarthy. With his last year appearances and few of this year, he will probably be your first choice.

Your second choice for the position will be a battle between Fraser Forster and the new boy Angus Gunn.

On one side Forster is a decent goalkeeper but with his last setbacks is in doubt. Gunn, on the other hand, is a young goalkeeper with lots of potential and with the right guidance he can become world class.

You should also get under your radar the Under 23s main goalkeeper Harry Lewis. He is a decent youth player, good stats and with the right loans, he can be a star and a regular for your side for 10+ years.

There are lots of choices for the back four.

Wesley Hoedt and Jannik Vestergaard seem to be your ideal duo for the central defender position.

Their stats are decent, and their partnership can be crucial for your campaign in the Premier League.

Yoshida is in his sixth year in the club and part of the club’s evolution the recent years.

Stephens has grown with the ideals of the Southampton academy, and he continues to help his club whenever you ask him.

Also you should check Jan Bednarek. He is a young decent defender who made an impact in last year’s battle to avoid relegation and a regular for the Polish World Cup squad.

For the fullback position, there are for the right side Cedric Soares and under 23s Yan Valery and for the left side Ryan Bertrand and Sam Mcqueen.

There are lots of names for the midfield positions.

The strength and determination of Romeu is crucial for your ball-winning positions, Lemina is an ex Juventus player with excellent technique, amazing pass and goalscoring skill.

Hojbjerg and Ward-Prowse are the young blood of the midfield and the big next thing if you can manage them correctly.

Passing, marking, scoring, set pieces are some of their attributes that can help you get the most of them.

The captain Steven Davis is in his last year as a footballer, but he remains an excellent post-70-minute choice. You can get him to tutor youth players so they can gain experience and right guidance.

The ex Celtic midfielder Stuart Armstrong is a proper midfielder, in the finest football years. Muscular body with nice technique and pass. Right combination for an attacking midfielder.

One to watch is Harrison Reed, an academy graduate with all the future at his feet.

For the right-hand side is Mohamed Elyounoussi and for the left-hand side Nathan Redmond.

You probably want to strength this positions with backup players.

Four players are the goalscoring power of the team.

Depending on your tactic you can create the right partnership.

It is up to you which players you will use, but with them, you can make an impact.

Don’t forget the under 23s Sam Gallagher who is a wonderkid and a good backup.

Best of luck and don’t forget WE MARCH ON.