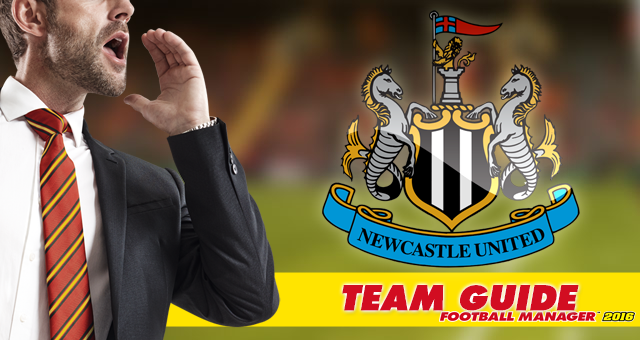 Newcastle United…Just what could of been probably the greatest football club to come out of England, as you all have seen there has been many examples Brian Clough’s Nottingham Forest two-times European Cup winners 78/79 and 79/80, Bob Paisley’s Liverpool in the late 70’s and early 80’s and Sir Alex Ferguson’s Manchester United in the naughties conquering the continent wherever they managed.So…what went all wrong for Newcastle…

Newcastle United are a football club who ply there trade in the top tier of English football and were formed in 1892 when the two local sides in Newcastle, Newcastle East End and West End merged together to form Newcastle United.

Newcastle United are a club who have enjoyed relative success through there 123 year history winning the FA Cup on six occasions setting English football ablaze in the 1950’s and then pulled off the biggest upset of them all winner the Inter-Cities Fairs Cup in 1969 smashing Ujpest 6-2 and bringing the trophy to the North East. After all them trophies won Newcastle were going into the 70’s beaming with confidence but failed to match any of their success in the previous decade with only winning the FA Cup once, after this Newcastle were waring off with poor finishes in the league eventually confirming there subsequent relegation into the old Division Two in 77/78. Following this Newcastle were stuck in the old Division Two for 5 years before eventually finishing 3rd and managed to get a firm grip on top flight football.

They did indeed, 1991/92 season is a season to forget for the Geordie Folklore after appointing Osvaldo Ardiles as manager when in Division Two in his first full season he single handedly nearly took us down to the old Third Division after finishing a shocking 20th!! only surviving by the skin of their teeth!!! He might of been a great player but he certainly wasn’t in the slightest a good manager.

In recent times though Newcastle have picked up where they had left off with Champions League football in the early naughties finishing fourth and later on seeing themselves in Europe again. 2010 they won the Championship title and didn’t lose one game at home. Then in 2011/12 two years after gaining promotion from championship we finished 5th and soon after followed a successful run in Europe. 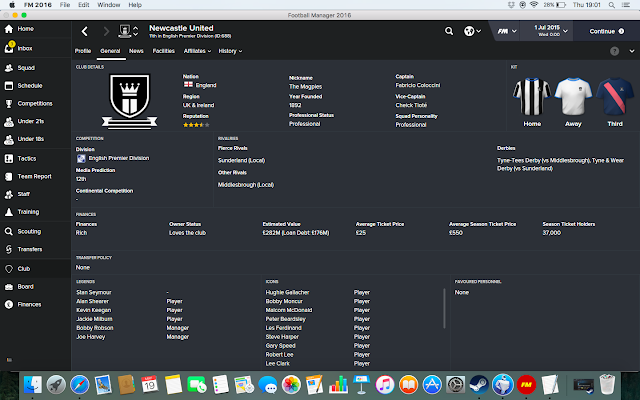 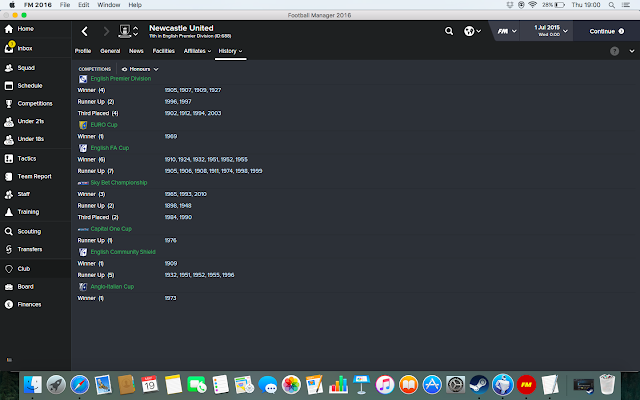 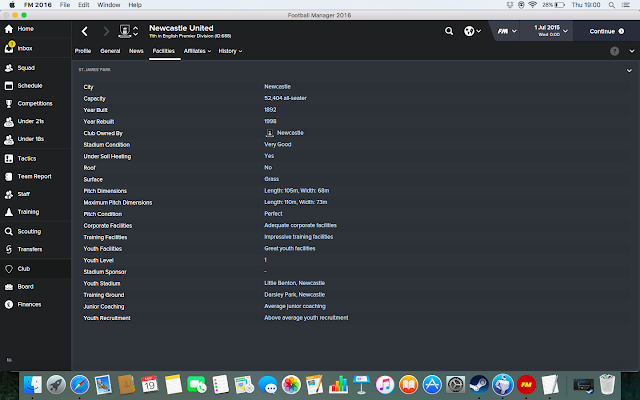 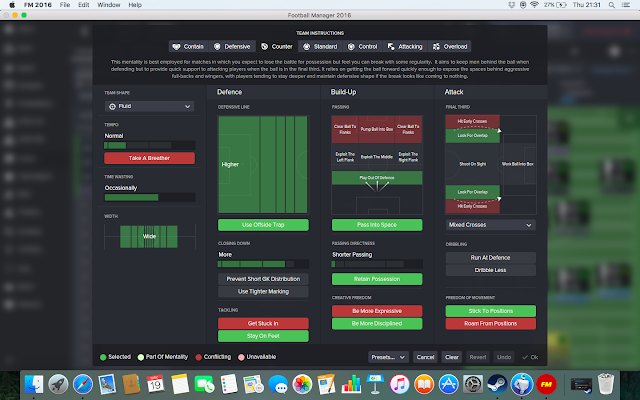 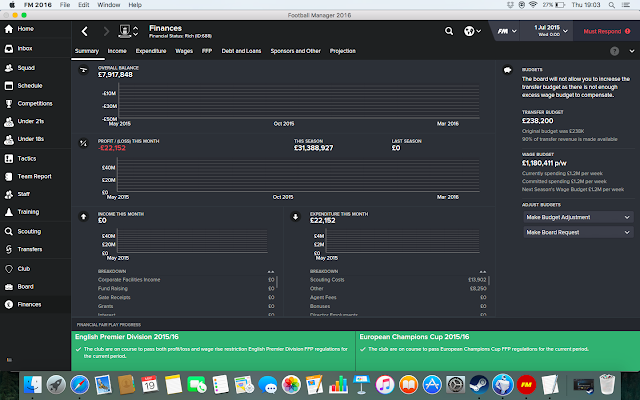 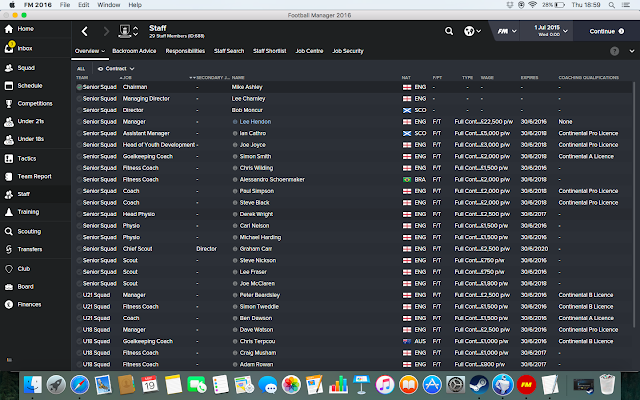 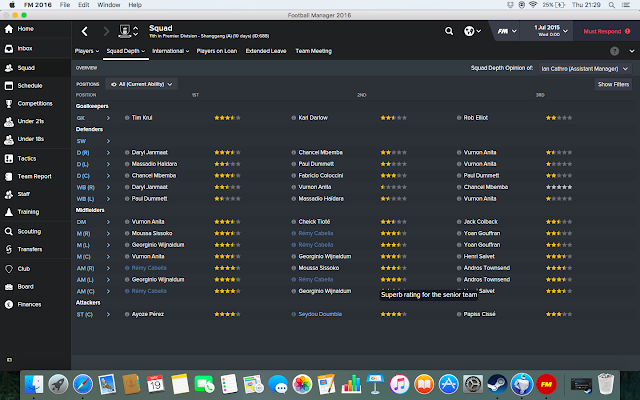 Steven Taylor - 6/10 - Past his sell by date, and I personally don’t like him. Verdict: Sell

Fabricio Coloccini - 7/10 - Better defenders out there, plus takes up too much on wage bill. Verdict: Sell

Jamaal Lascelles - 6.5/10 - Good future player, if trained right can be a solid centre half. Verdict: Keep

Vernon Anita - 7/10 - Can play multiple positions, not the best but does the job. Verdict: Up to you

Paul Dummett - 6/10 - Not very good, championship player at best. Verdict: Get rid as soon as possible

Henri Saivet - 7/10 - Right training will live up to his FM potential. Verdict: Keep 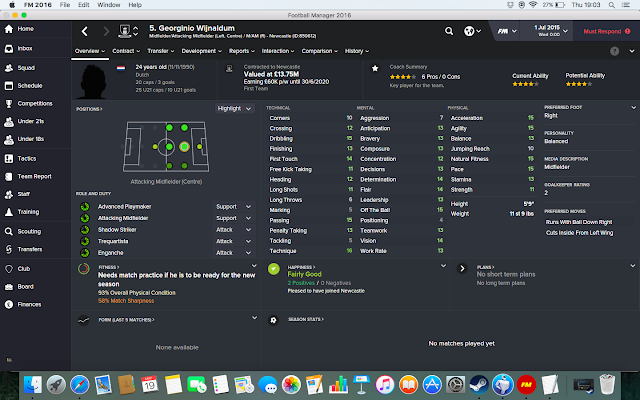 Remy Cabella - 8/10 - Good player if trained correctly, can be a force in Premier League. Verdict: Keep

Papiss Cisse - 7/10 - Good back up striker will not live up too earlier hype a few year back. Verdict: better strikers out there

Ayoze Perez - 7.5/10 - Good rotation player best played on the wings as an inside forward. Verdict: Keep

Rolando Aarons - 7/10 - Keep can turn into great player with the correct training. Verdict: Keep, one for future

Can provide cover in the middle should you decide to get rid of Taylor or Coloccini. 7/10 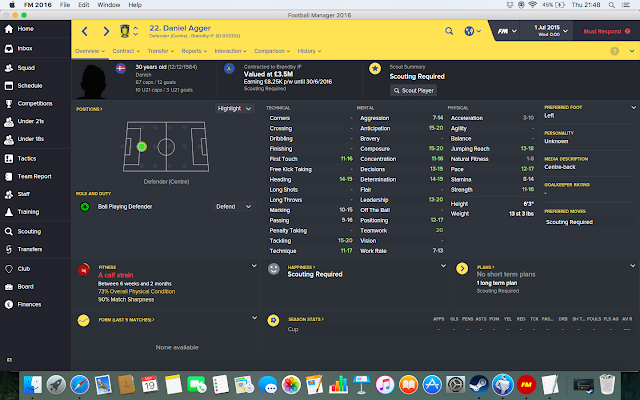 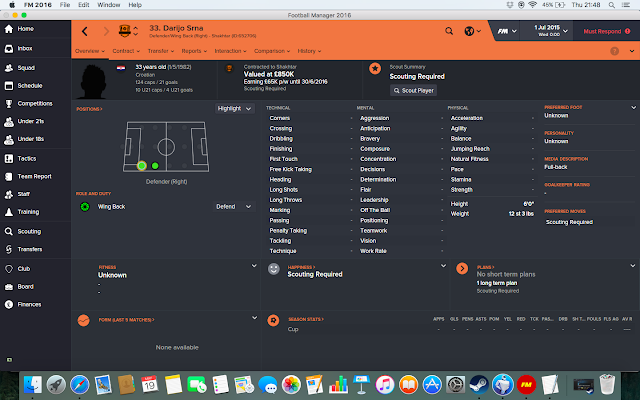 I would suggest getting Westwood in as back up as for me Jack Colback is not good enough with Tiote and Anita fighting for a place - 7.5/10 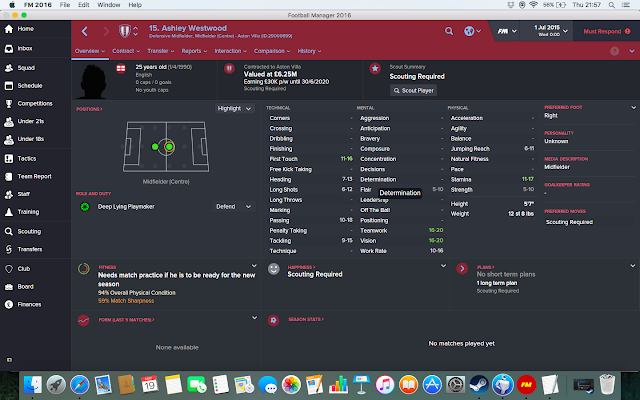 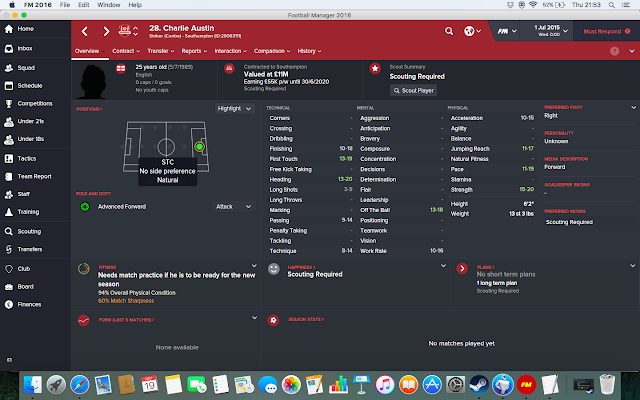 What can I say he is young, English, cheap and will get you a bag of goals if you play him correctly - 8/10 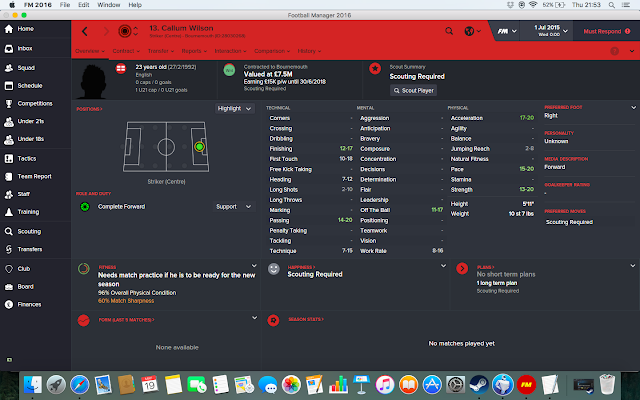 Newcastle United have a great squad for handling the Premier League but struggle depth wise and a few players are getting a little old like Fabricio Coloccini, Newcastle also have a lot of dead wood in there ranks with players such as Gabriel Obertan, Sylvain Marveaux and a lot of youngsters who you can get good money for, I would suggest with the money you get off the dead wood go for a tighter defence one with experience.