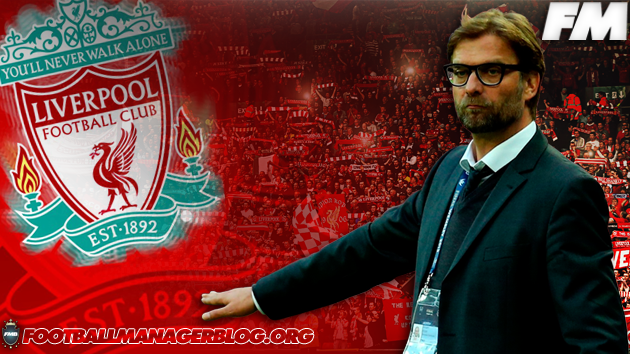 With Brendan Rogers being sacked as the manager of Liverpool, Jurgen Klopp looks set to take his place according to most news headlines. I've taken it upon myself to see how will his career unfold based on Football Manager simulation.

Charismatic German manager could be heading to a new chapter in his career and this could be career decisive one. I like the German and his Heavy Metal style of play and was wondering how would this style go with the legendary English club and the Premiership League.

Things to know about Klopp. He spent his entire playing career at Mainz, 12 years, before becoming their longest serving manager in history, he managed them for 7 season in which he managed to promote them to the Bundesliga.

His favourite tactic is a narrow and compact 4-2-3-1 formation in which he prefers his team to attack with a technical counter when the opposition is open and exposed.

Now for this experiment to be realistic I used pr0's  summer transfer database update for FM15, which has all the transfers made for season 2015/2016. I ran the game on holiday mode, starting with a huge database and five nations included.

Read on to find out how Klopp spent his time in charge of Liverpool. 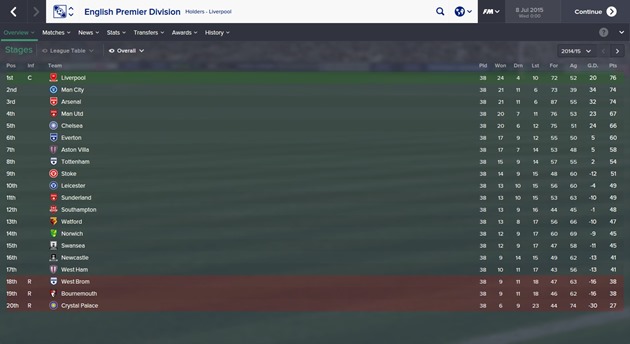 Huge first season for Klopp! As you can see from the screenshot above, he managed to win the league for the first time since 1990, leaving Manchester City and Arsenal second and third respectively with two points ahead of both.

He also added Capital One Cup to his resume, beating Stoke in the final 2-0. He was kicked out from the FA Cup by Brentford after a lose in the 3rd round replay match which ended 3 - 2 after extra time. First game ended in 2 - 2 draw.

In UEFA EURO Cup he was kicked out by Braga on away goals in the second knockout round, first match ended 2 - 2, and the one at the Portuguese side ended in 0 - 0.

Lucas Lieva is the only player notable that left in the winter transfer window to Roma for £5.5M. 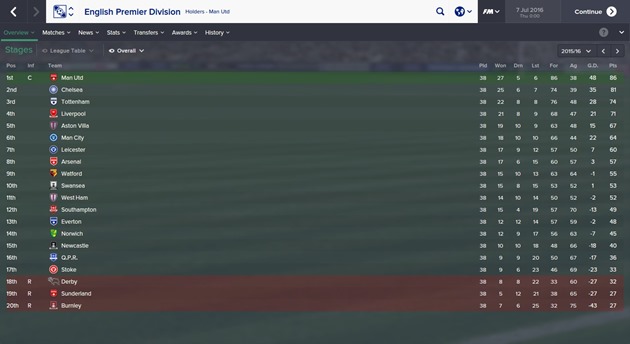 Not good as his first season, Klopp managed to lead Liverpool to Champions League place, finishing fourth with 15 points behind the champions Man Utd, even thou he beat them in the Community Shield match after game went to penalties after a 1 - 1 score in the regular time.

He was kicked out from Champions League while still in the group stage, where Liverpool finished 3rd. Real Madrid won the group, while Bayer Leverkusen found themselves proceeding in front of Liverpool only due goal difference. 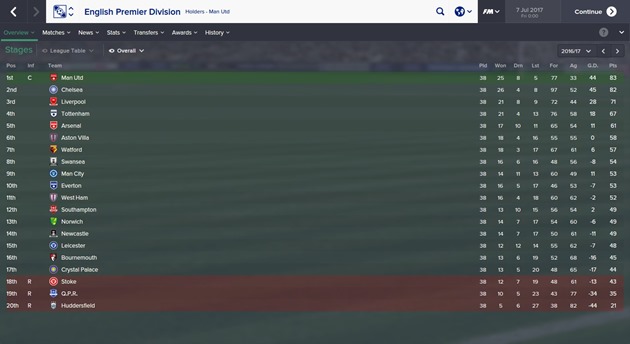 Solid third season for Klopp in charge of Liverpool where he finished third in the Premiership, trailing behind Chelsea and the champions once again Man Utd. Finishing 12 points behind the champions and 11 behind the second placed Chelsea.

Klopp managed to qualify to Champions League group stage against PSV 4 - 2 on aggregate, and head on to finish second in the group stage behind Atletico trailing one points behind Madrid club. But was later kicked out of the competition by PSG in the first knockout phase 6 - 4 on aggregate.

Liverpool we're also kicked out of Capital One Cup in the third round after a loss to Newcastle 3 -2 after extra time. But the biggest success of the season came through FA Cup which they managed to win against Aston Villa 1 - 0.

Notable players in; Blade Keita from Lazio for £33.5M, Alessio Romagnoli from Lazio for £17.5M, Aaron Cresswell from West Ham for £14.75M and Serge Aurier from PSG for £8M. Total transfer spent £74M. 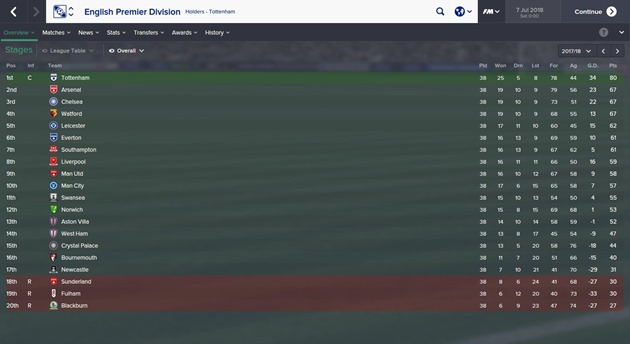 Fourth and final season for Klopp at Liverpool. Worst one for him as he got sacked by the end of it, where he only managed to finish 8th in the Premiership trailing behind the champions Tottenham huge 21 points behind.

Liverpool started their season by losing to Man Utd in the Community Shield match 0 - 2. Not the best of starts, but neither was the end of the season going in the Klopp's favour.

Liverpool barely managed to qualify from the Champions League group stage, just to be knocked out in the first knockout round by Wolfsburg 5 - 2 on aggregate.

They were also kicked out from the FA Cup by Chelsea in the 5th round 3 - 1, and the finish to a terrible string of results was seeing Liverpool kicked out in the Capital One Cup semi final by Man Utd 6 - 2 on aggregate.

Notable players in; Harry Kane from Tottenham in a part exchange deal for £29.5M (Cedric went the other way), David Luiz from PSG for £10.5M, Nathan Redmond from Norwich for £10.25M and Caner Erkin from Sevilla for £9.25M. Total transfer spent £61.5M.

Notable players out; Dejan Lovren to Inter for £8.75M, Christian Benteke to Newcastle for £4.2M in a part exchange deal and Kieran Gibbs to Sunderland for £4.2M. Total transfer income £21M.