How to Turn Mid-Table Mediocrity to Champions League Contenders 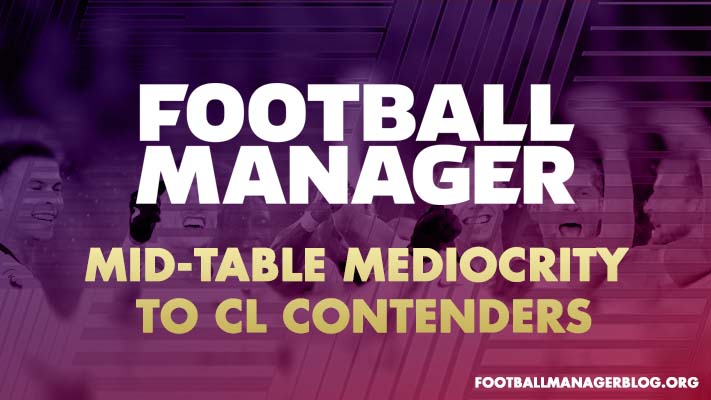 Welcome fellow FM players to a Football Manager guide on how to turn your mid-table mediocrity team to a Champions League contenders.

We'll take a look at what steps you need to cover to make this happen, from squad morale, managing with injuries to finding the right tactics and more.

Firstly, you must make sure your starting eleven is up to standards to compete in your league.

From defence to attack, I recommend at least a 3-star rating in each position and maybe a couple of youngsters just below.

I also recommend at least 18 players adequate to the levels of your division which can be called upon at any stage of the season.

You must be confident that your rotational players to keep up to perform on the levels of your starting XI. 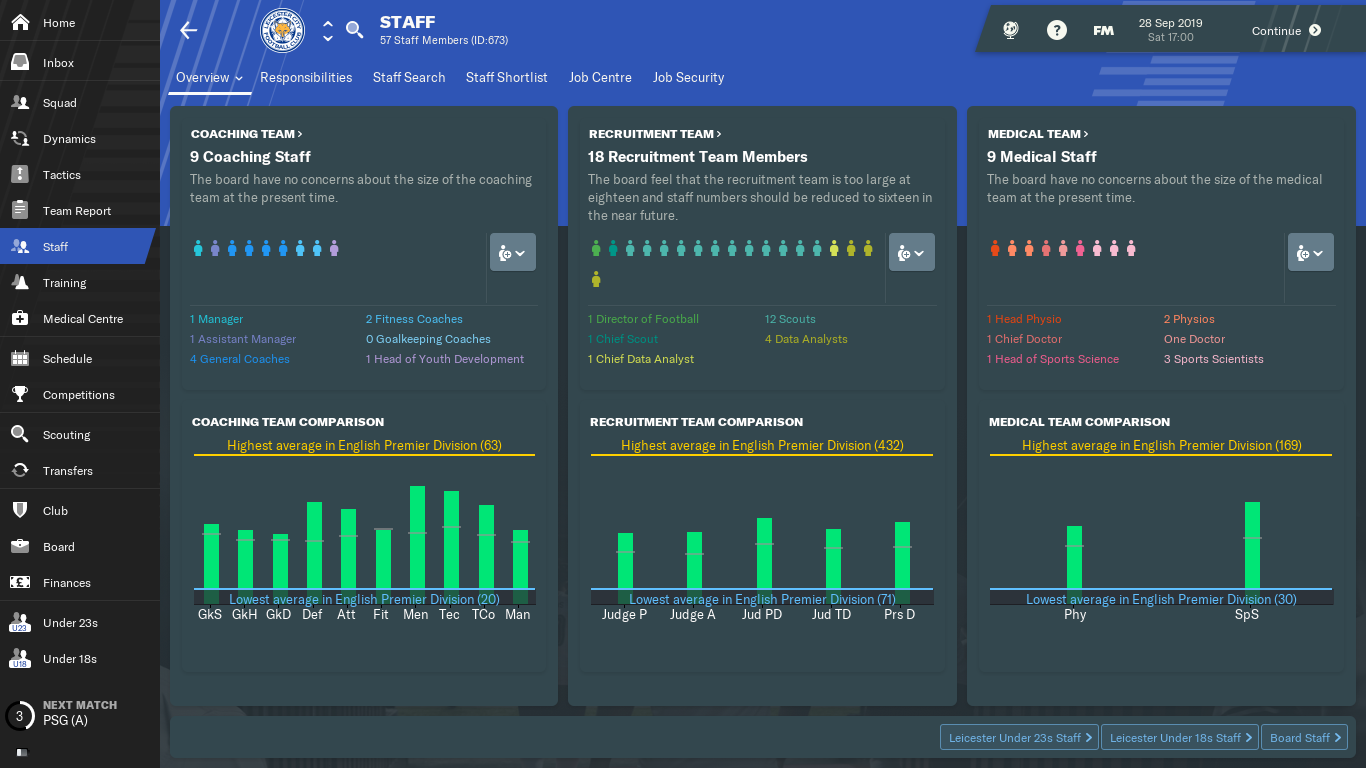 The next step to this would be to upgrade your staff and make sure they are above average in the league.

This can be found in the staff menu in Football Manager. Also, an ideal way to hire your staff would be to have them speak the same languages to match the culture of your side.

Another great tip is for your assistant manager to have similar philosophies to you, and make sure they can handle press conferences for you to save time.

Make sure your recruitment team are strong in the countries you are scouting and can spot a future star.

You want your medical staff to match the needs of your players, for example: if Jamie Vardy has a reoccurring hamstring injury, make sure you hire specialists for this requirement.

3. Find a tactic to fit your system 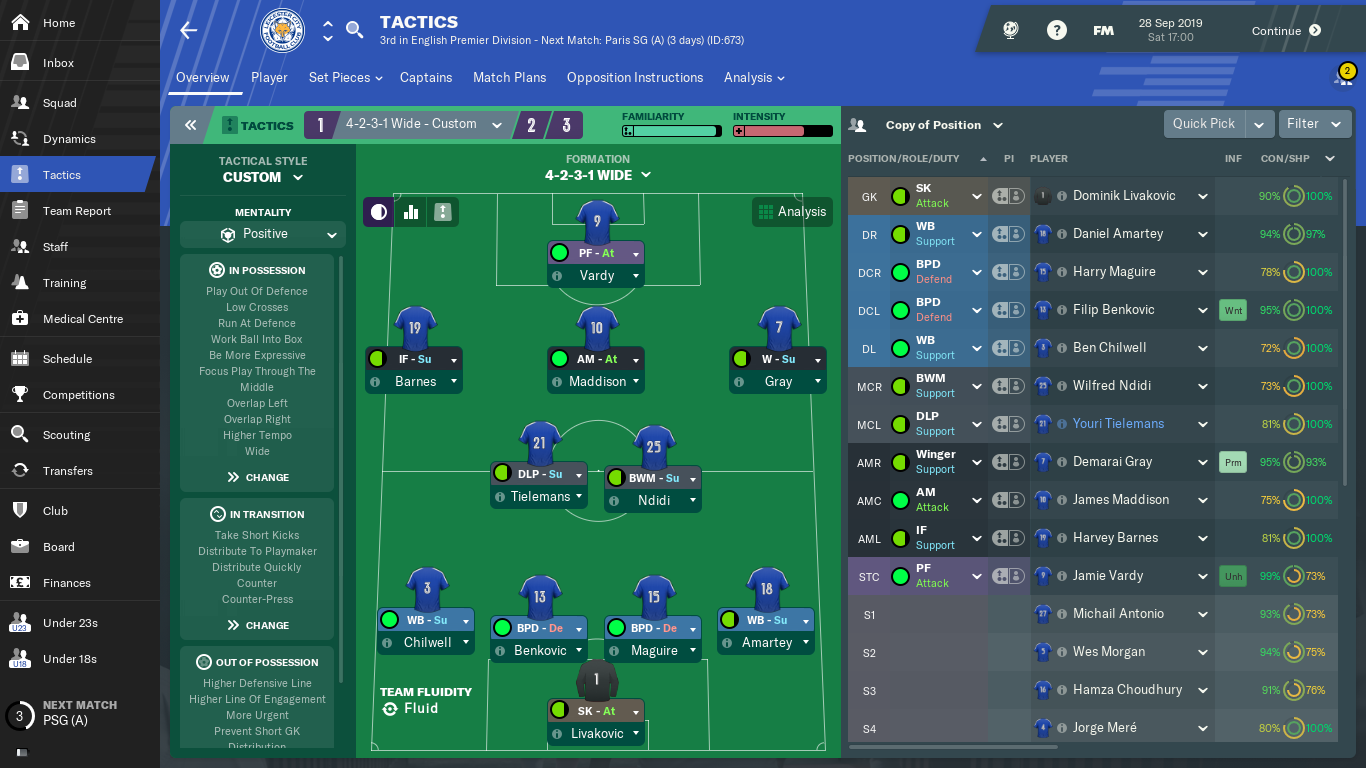 Also, make sure that you make 2/3 different systems so that your players are familiar to more than one type of football. For example: if your squad is strong in defence then maybe a 5 at the back second system will help against sides where you are not the odds on favourites for the matchup. 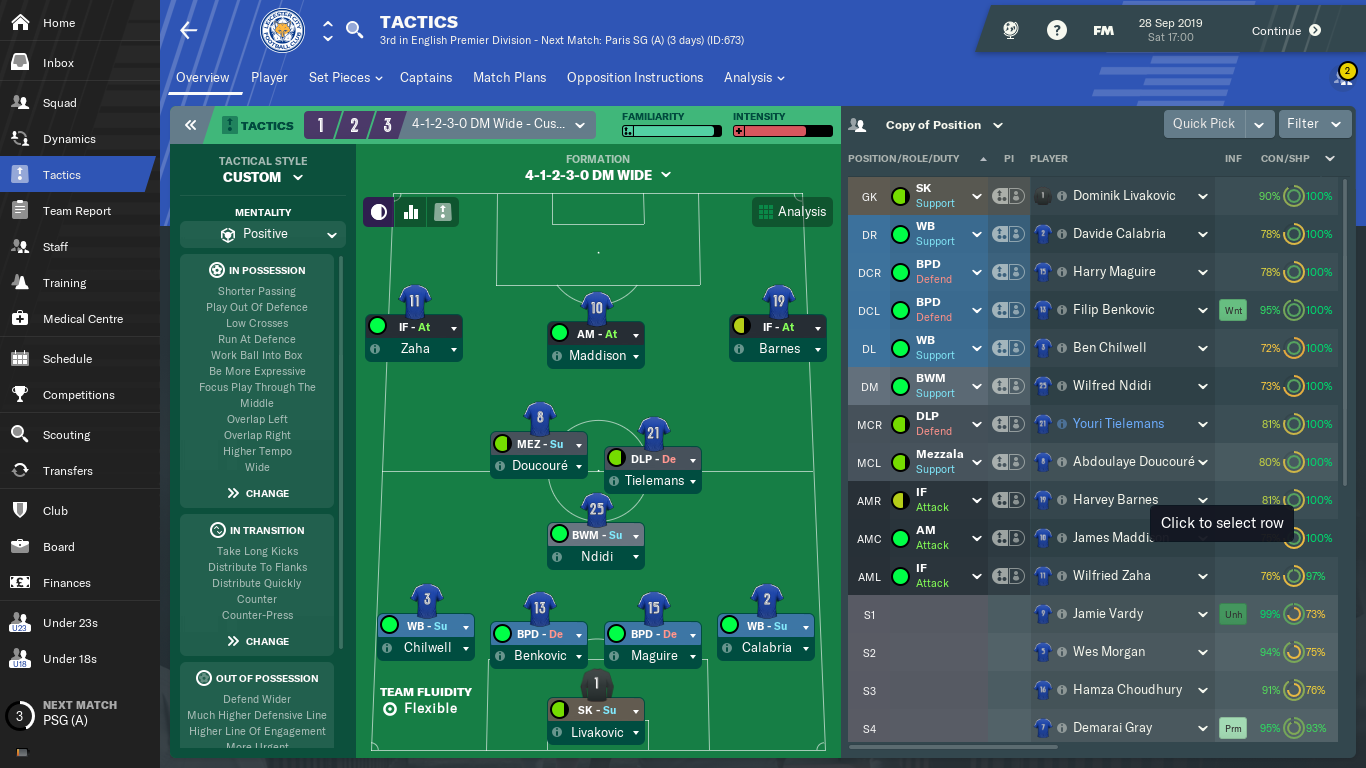 Due to the mass amount of games played throughout the season in Football Manager save, players may play more than one game per week, and top players that carry your side will be run down to the ground. Therefore, big names will get injuries for you, and you may have to adapt for the occasion.

For example, I lost Jamie Vardy for 7 months, and I found that Kelechi Iheanacho couldn't perform on the standards I was previously playing at. Due to this, I decided to take a punt and changed to no striker system. This proved to be performing better than my previous system. I will post a tutorial on this system and show the results it produced soon.

The most integral part of every Football Manager save is the youth products you can show off to your friends.

To get these top-class players, you must have good recruitment staff such as; scouts and head of youth development. You must also have a high Youth Level (if you need to improve, make a request to your board) and Youth Facilities. Once you have acquired these prospects, there are 2 roads you can go down for their development.

My example of this Is Chris Manning from my Leeds United save, I decided to develop him through the Option 2 route. 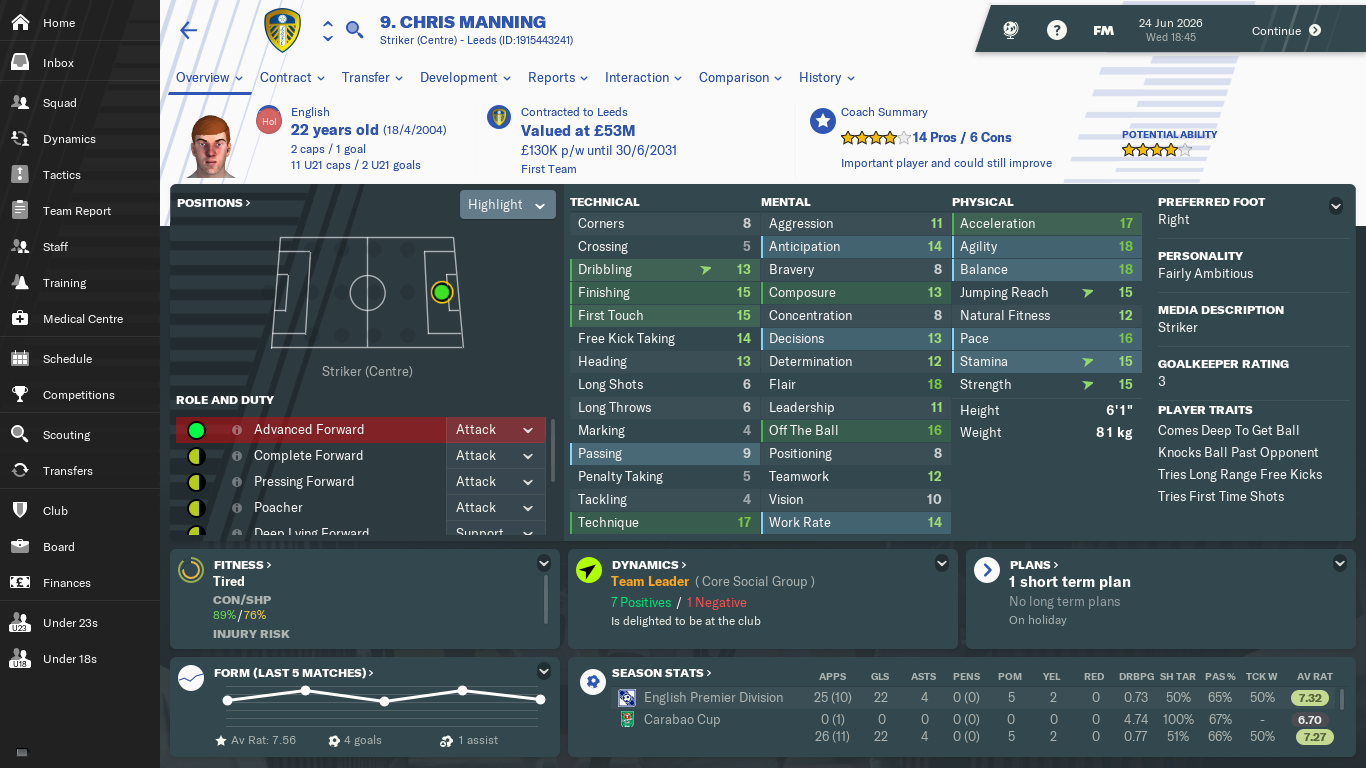 He started playing in Under-18 squad and was thriving. I then promoted him to Under-23 squad where he did the same, now he is doing the same in the first team of my Football Manager save. 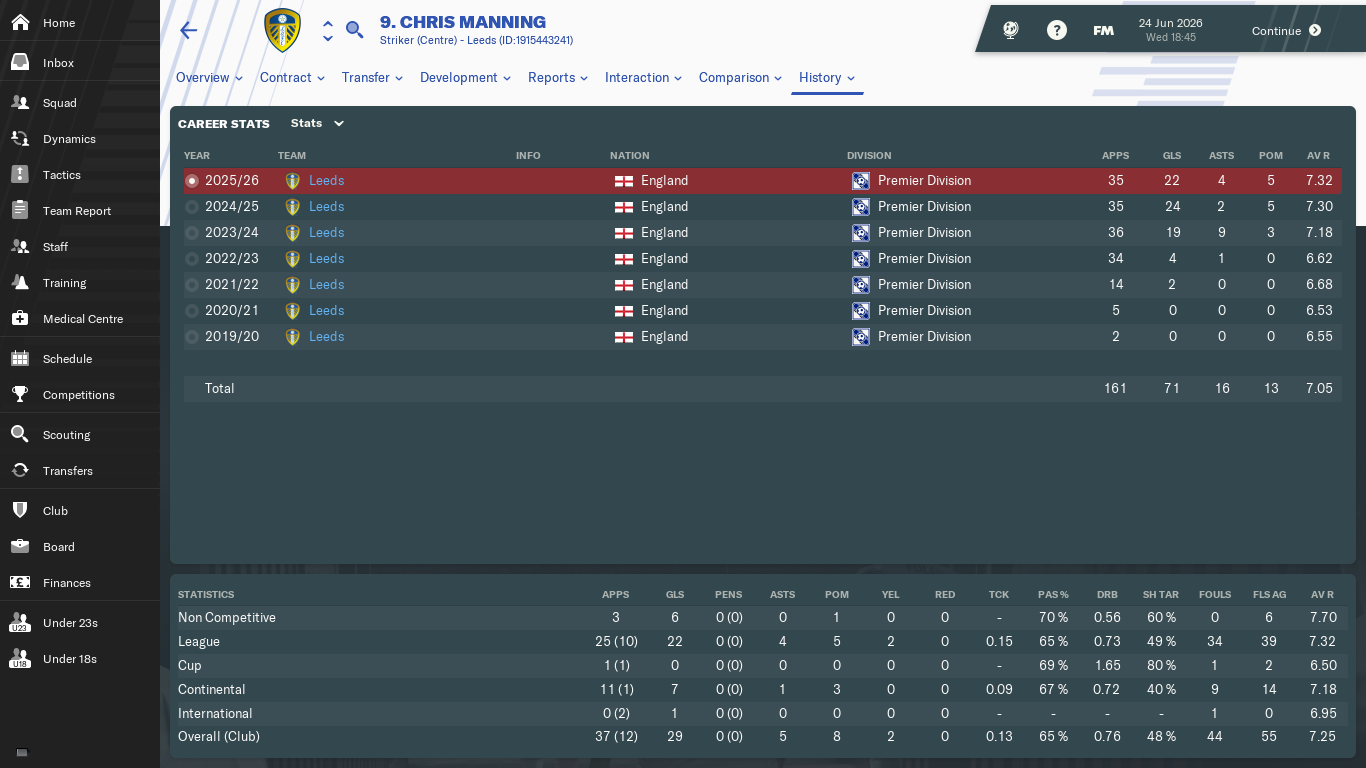 This doesn't seem like much but is one of the most vital parts to succeeding with your team in Football Manager.

If your players are unhappy, they will not play up to their potential. The squad need to be happy with each other and confident in each other's abilities.

If your team morale or squad happiness this may be due to bad performances, transfer requests or lack of game time. 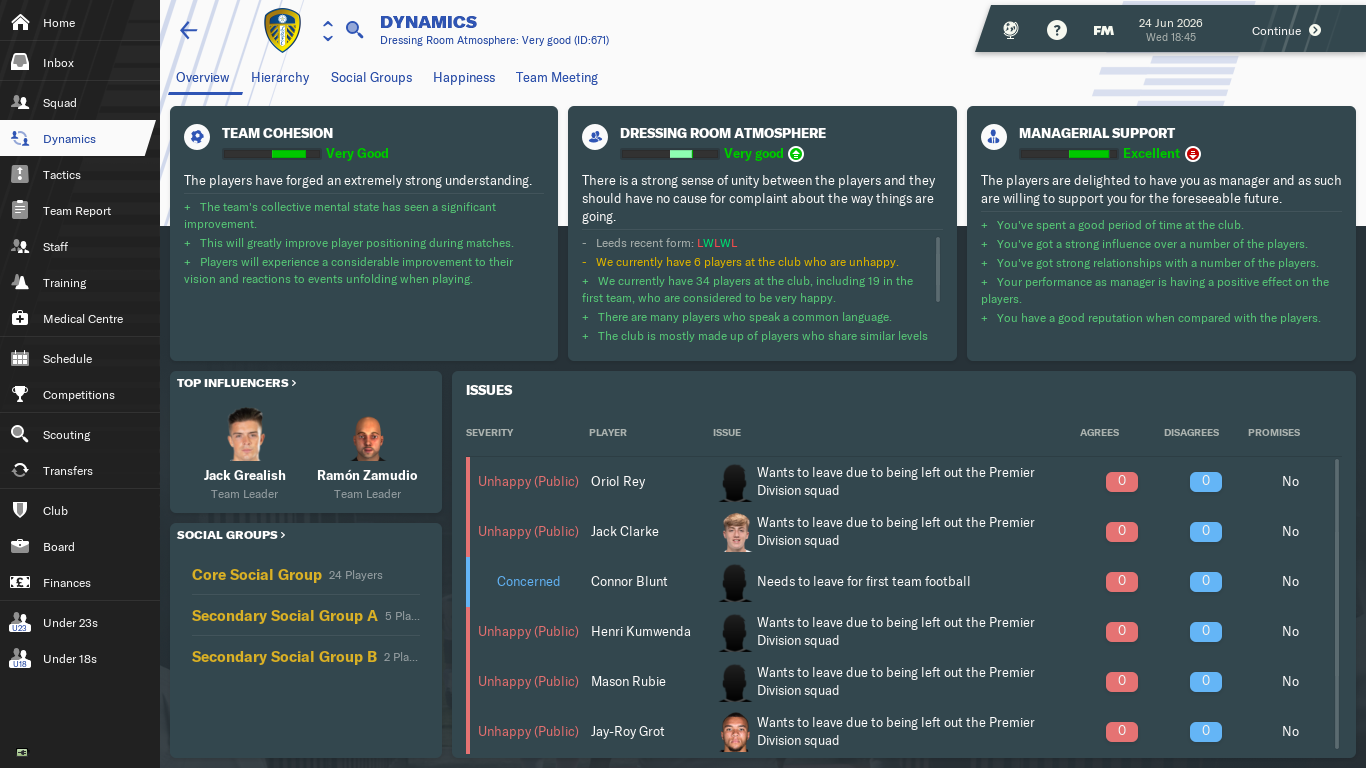 As you can see in this photo, my squad morale is very high thanks to great wins and players at peak performances. I also have a couple issues with players, but due to their low position on the squad hierarchy, it doesn't affect morale.

a. Find replacements for the older generation – Older, less competent players must be replaced with highly rated, high potential youngsters. If this means losing a couple dressing room leaders, do it as long as you have players who can fill their shoes already in the squad. 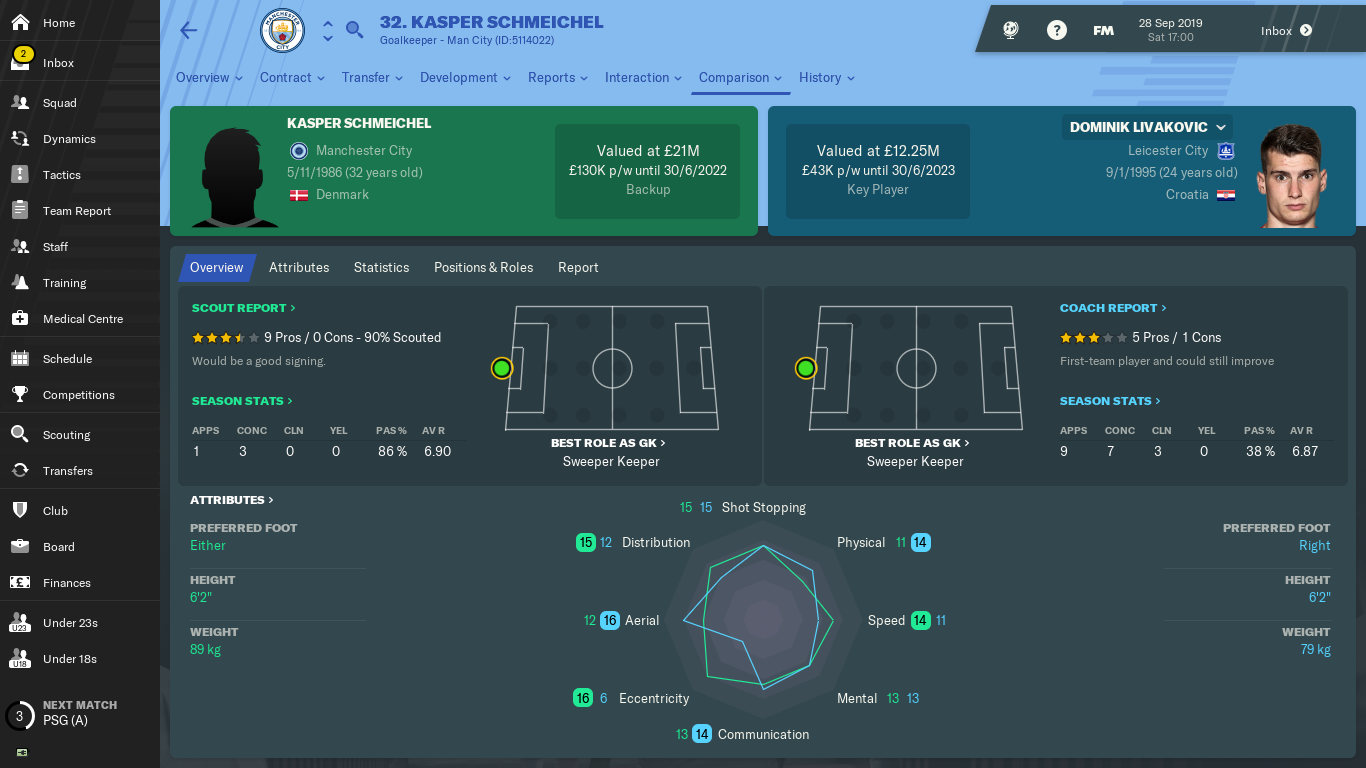 In my example of this, I sold Kasper Schmichael for £25 odd million and brought in slightly worse Livakovic for £3.5 million. I found this the smart option for the young future of my club.

b. Have competent squad depth due to a mass increase of games – Your star players won't have enough in the tank to play Saturdays and Wednesday night games, week in week out. You will need to sign players to back these up but keep up to their level. Instead of 18 players, you needed previously I recommend at least 23 players on the champions league level. 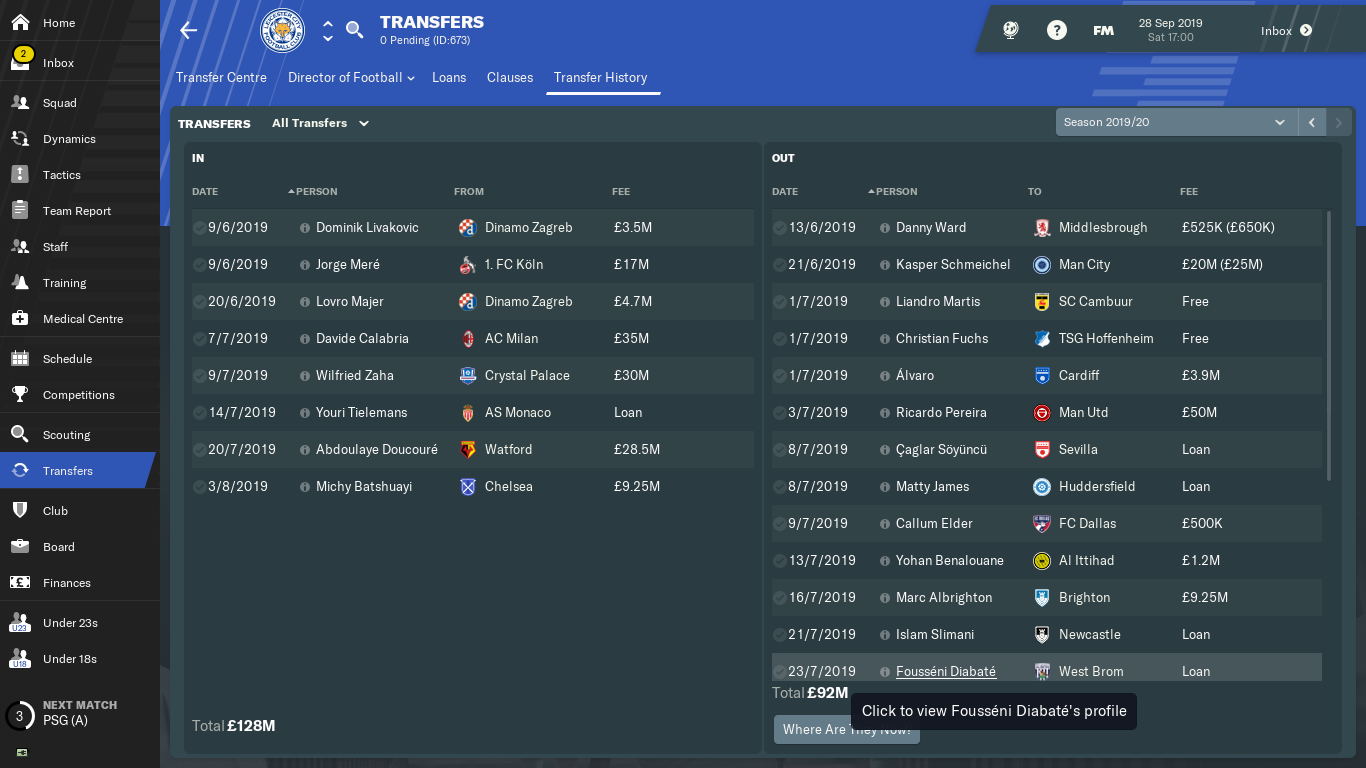 As you can see here, I brought in 8 First team players to help me compete with the following season.

Conclusion on this Football Manager Guide

So there you have it, these are some of the steps that you need to check off your list to take your mid-table mediocrity team to Champions League contenders in Football Manager. Make sure you have a nicely balanced team, with good enough staff to keep them healthy all season long.

Keep the moral high as mentioned in the post, and be sure to think about the future by either developing your youth players or replacing the old ones with new potentials.

Lastly, train at least two tactics, so when unexpected injuries occur, you have a failsafe plan.