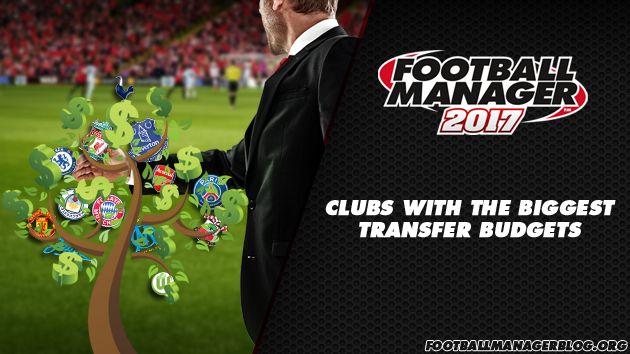 Let's together see which clubs have the biggest transfer budgets in this year's Football Manager. This list will come handy to anyone who likes to be active in the transfer window.

So to make this list, I fired up the official FM17 pre-game editor and filtered all the clubs that have a transfer budget of £25M or higher. It turns out that only 13 of them made the cut.

Let us now see which teams have the highest transfer budgets at the start of Football Manager 2017. 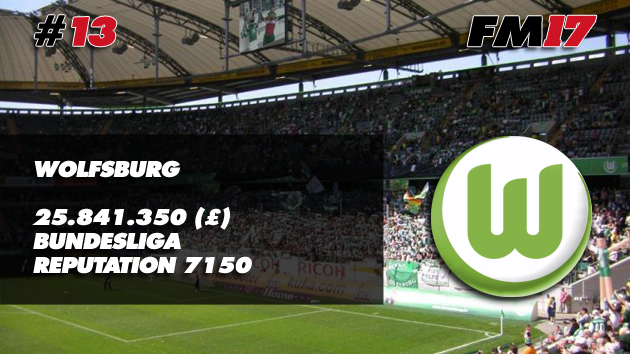 The German club has a healthy transfer budget of £25M. With the clubs solid reputation and good league rep, you might just be able to sign some high profile players for Die Wölfe. With some good signings, you might challenge BvB and Bayern for the top position in Bundesliga. It would be best to scout the Bundesliga for new additions. 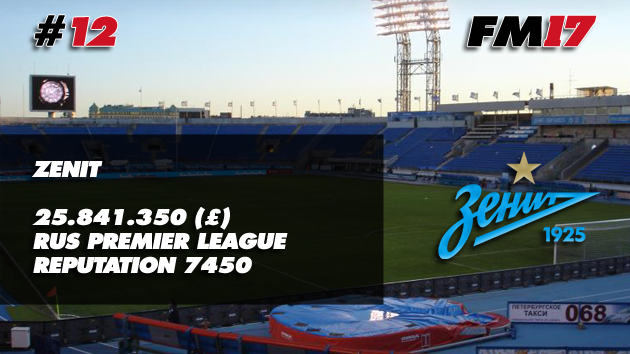 Zenit has a good club reputation, but the Russian league is not as popular, which means that most top players will look elsewhere than the Russian's to flight. With some good signings, you might challenge Russia's Premier Division as well as Europa League. 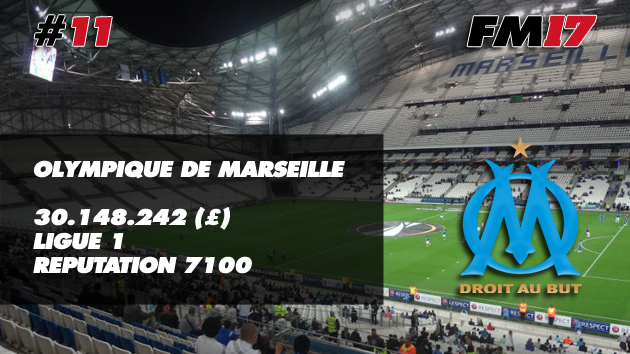 One of the most famous clubs in French Ligue 1 has been waiting for their Ligue 1 title since 2010. With a transfer budget of 30M to help you out, you could well reclaim the throne yet again with OM. Solid club reputation and league rep guarantee some top class signings coming your way. 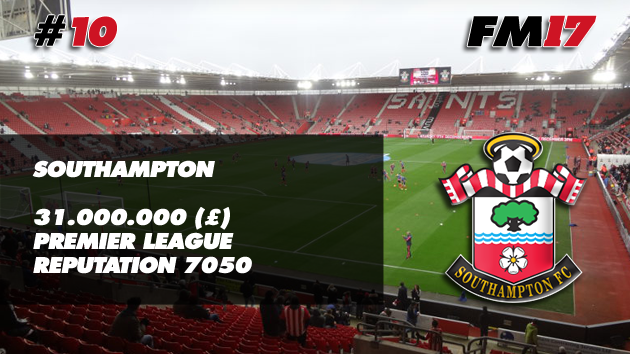 Since their comeback in the Premier League back in 2012/13 season, the "Saints" performances have been nothing short of amazing, given the fact that they sell all their best players to the top four of the Premier League. With few additions to this balanced team, you might just attack the top four positions in the league. This could be an exciting challenge. 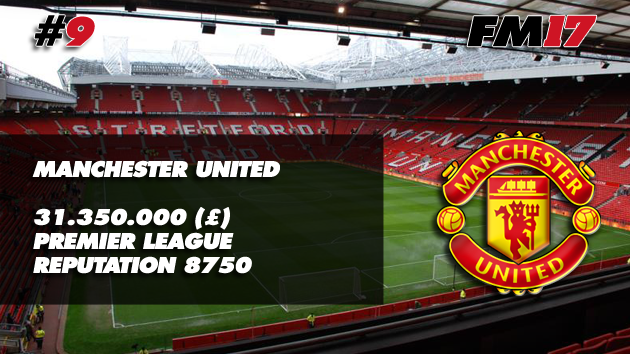 To get the fallen giant back on its feet, a transfer budget of 31M is here to help you out. It's amazing that Man Utd still have any of the transfer budget left given that Mourinho made some big name purchase and also broke the world's transfer record fee. Offload some deadwood and back your defence and midfield with few solid players and you're on your way of making United great again. Glory, Glory Man United. 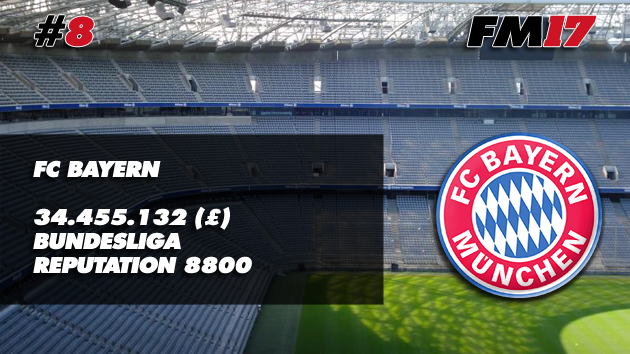 Die Bayern is one of the best teams in Football Manager 2017, and you might think that there is no need for any additional signings, but the striker position could do with some backup as there is only Robert Lewandowski as a natural striker. A budget of 31M could be enough to bring some high-profile striker or maybe a wonderkid in the making. 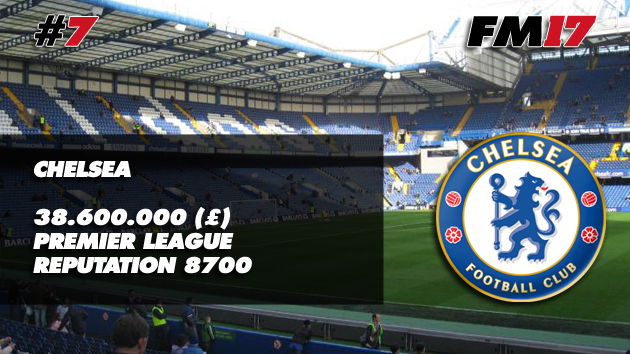 Chelsea is one of the sugar daddy clubs and their owner, Roman Abramovich, will pump enough money into the club for it to be competitive in the league. The biggest problem Chelsea are facing is their leaky defence, so a couple of defenders will do a great deal for the Blues. 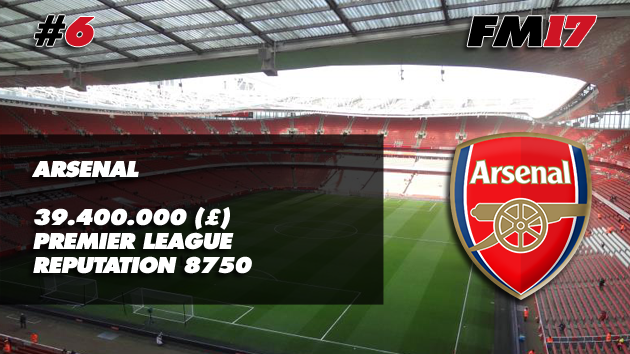 It has been over a decade ago since Arsenal won their last Premiership title and it looks that it might stay this way for some time to come. Most fans blame the French gaffer for not spending the transfer budget, but this means that you'll have more than enough to bring a world-class striker. Likes of Benzema and Icardi could be your best picks. 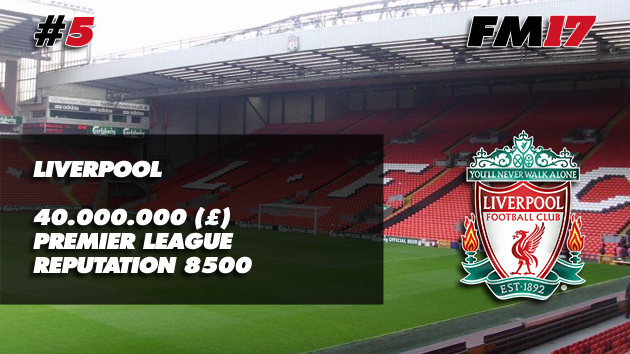 Another fallen giant that has spent way to much time just watching the Premier League title race. With a healthy transfer budget of 40M and an excellent club reputation, you'll be able to bring some top-class players and finally bring the trophy back to Liverpool. 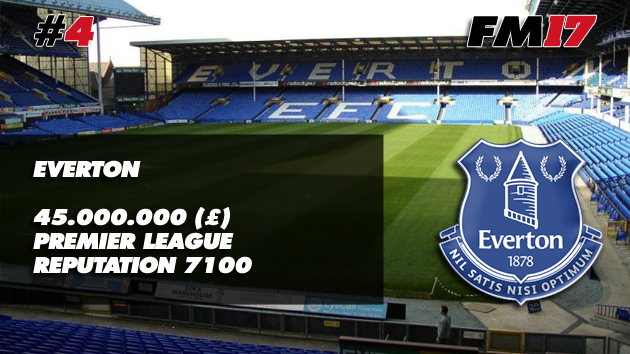 The second team from Liverpool that also has some solid depth to their squad but in my opinion lack quality at the back, as Phil Jagielka will be your strongest centre back in the team. Strengthen up the defence, and you might well be on your way to challenge the title in your first season. 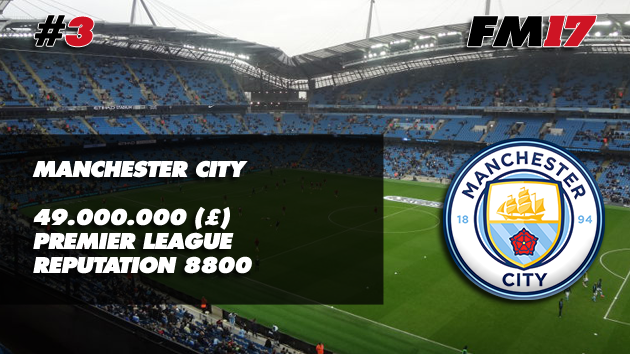 Great team to start with, great depth overall, huge transfer budget. Also, a foreground sugar daddy will pump cash into the club whenever you need, so a starting transfer budget of 49M could well rise if you just ask the board. You should look to sign only world-class players willing to come to City. 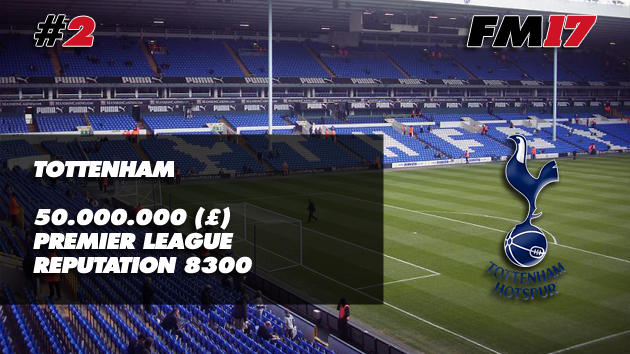 It came as a surprise for me to see the Spurs at the second place of this list. Not only that you'll be given 50M at the start of the game, if you set your seasons goals higher than expected the board will splash another 20M to your overall transfer budget! With a total of 70M, you could win the Spurs their third Premier League title. They lack depth in attack and defence.

Players you should scout: Rafael (Olympique Lyonnais), Falcao (AS Monaco)
[next] 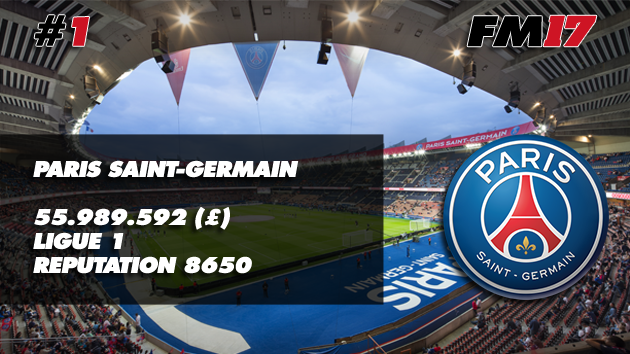 Current French Ligue 1 champions have yet again topped our highest transfer budgets list. It is no surprise as they also have a sugar daddy that will pump money into the club whenever needed. Except for the depth at the goalkeepers and central defenders position it all looks good for the "Le PSG". You should look to try and win everything that comes your way.