January Transfer Update for Football Manager 2016 is OUT 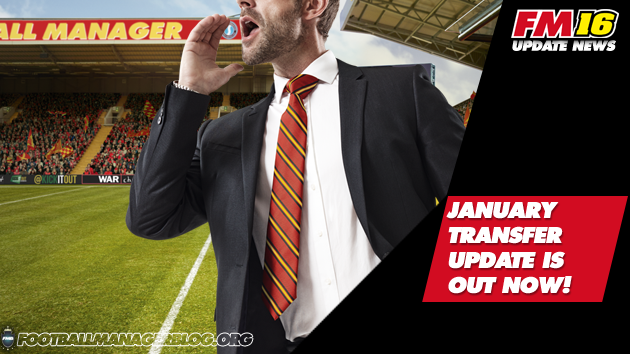 Long awaited January transfer update for Football Manager 2016 is finally here! Here's a closer look to what can you expect from the newly released update from Sports Interactive.

After the closure of an eventful Winter Transfer Window, the Football Manager Winter Transfer Update is now available for download. You will have to start a new game to enable the use of the updated data.

For those of you hoping to continue your current save game, as always the update is save game compatible. If you find it doesn't download immediately, we'd suggest closing down Steam and restarting it to prompt the update.

The update changelist includes but is not limited to the fixes which can be found listed below.

VERSUS MODE
- Fixed issue where imported teams use incorrect badge

CREATE A CLUB
- Fixed reserve and youth teams not using the correct create a club kit colouurs
- Fixed issue where a created player could be cup tied indefinitely.