How to Find the Best Newgens (Regens) in Football Manager 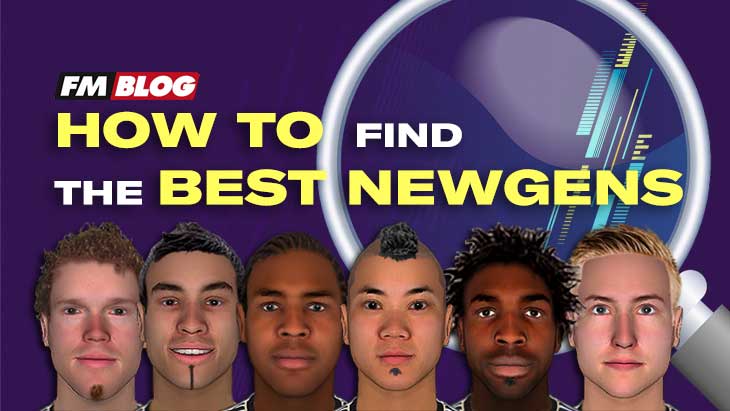 Here's a four-step guide on how to find the newgens aka regens with the best potential ability in the latest Football Manager.

Personally, my favourite part of Football Manager is discovering and developing unique talents from across the world. Not your generic Football Manager wonderkids, but unique, generated players that only you have access to. These, commonly referred to as newgens or regens players can provide your game with the extra spark it’s been lacking.

Football Manager newgens have not always been the way they are. Around eight years ago, SI made a change from re-creating real-life players in the game to randomly creating players. The old way meant that all you needed to do to find the best young players was to know when certain players retired. Then you could find their regen.

Now, the process to find the best players is different. It is more challenging, yet more rewarding.

It has been this way for around eight years now but still provides a great challenge. But to enjoy this process, you must do some simple things to discover the best players of tomorrow.

1. Get the best scouts possible 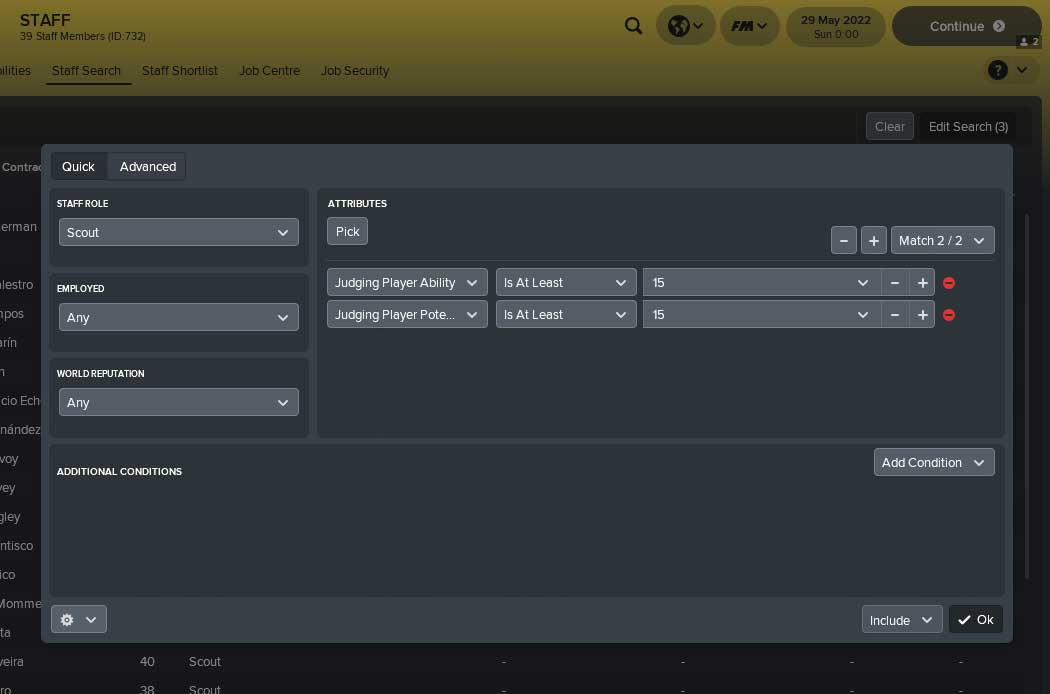 To find the best players, you need the best scouts in Football Manager. These scouts are the guys that are watching and evaluating these players for you. Obviously, you can have your own say to the matter as well, but do you want to skim through hundreds of players?

The scouts are also vital in uncovering the player’s stats. If your club has a good knowledge and scouting range, then this will be easier. However, some players will still have very vague stats. You need FM scouts to uncover the essential stats for you to make your judgment then. You also need to have a lot of scouts. The reasons for this are discussed in point 2.

The scouts that you want to get are ones with 20 Judging Current Ability and 20 Judging Potential Ability. This way, when they return with a scout report, you will see a more accurate representation of a player’s current and potential ability.

This will lead you to make a better decision when it comes to signing a player. One thing that I love and hate about FM is that the potential ability is often a stab in the dark. With better scouts, this stab may be more accurate. However, it can still be fairly random. This brings me nicely to my next point. 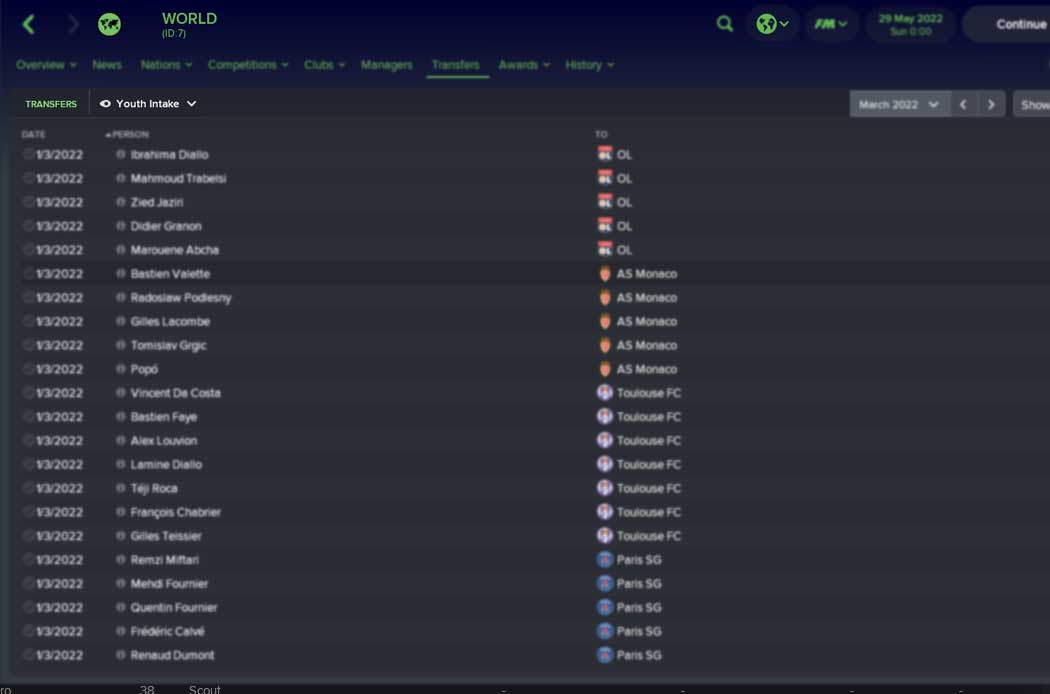 By scouting everyone, you will massively reduce the chances of a potential world-beater slipping through your fingers. This has happened to all of us. We see a player but don’t scout him for whatever reason, and he turns out to be the best player in the world.

But what you can do is to click the ‘World’ 🌍 icon at the top right of the screen. Then select ‘world,’ then change the drop-down menu to ‘Youth Intake’.

You can then flick through each month and look at all the youth intake players. I highly recommend you scout all of these players.

To do this, you need to have a lot of scouts, which I mentioned in my first point. This is because there will be months where there are hundreds of players to scout. I recommend you scout each player for around three months.

If you go Control-A, you can select all the players from that month and choose to scout them. Obviously, each player that you scout will not be world-class, but this method slims your chances of missing out on a potential worldie.

I understand that this method can be time-consuming and requires a large number of scouts, but it is the most effective way of finding the best regens possible.

It will take a lot of time to look through all the scout reports, but the satisfaction you get when you spot a real gem is indescribable.

If you don’t have the time, however, there is a faster way of doing this. 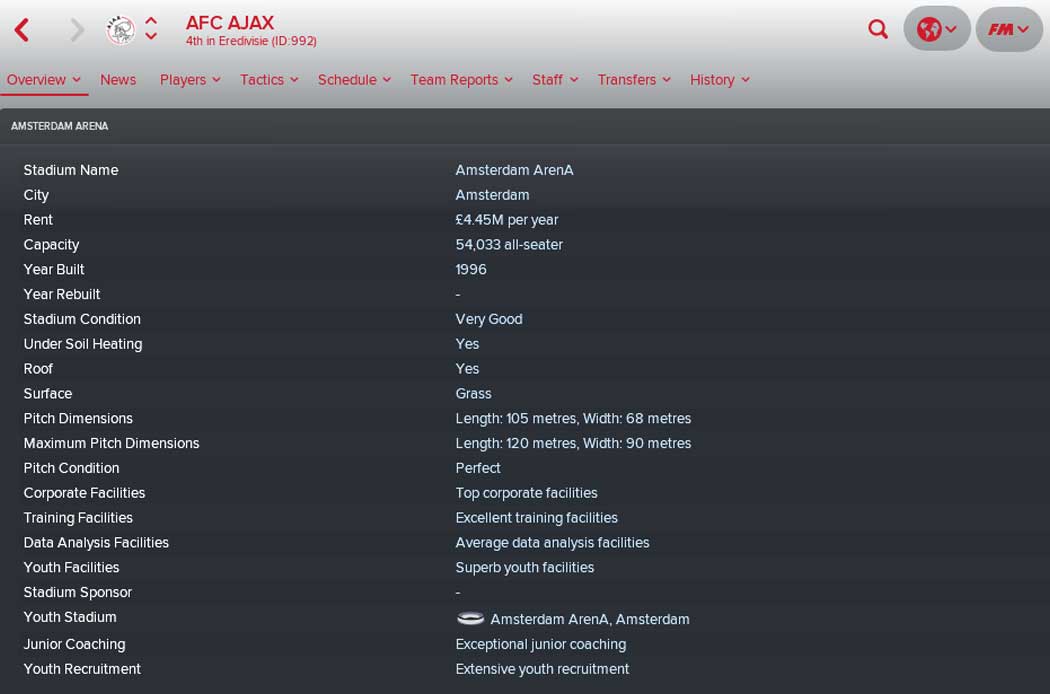 It is common knowledge that clubs with good youth academies will produce better regens.

This means that if you surf through the clubs with the best youth academies, you will find good players. If you plan on doing this, I recommend looking at clubs like Ajax, Midtjylland, Southampton, ASEC Mimosas and the general big clubs such as Bayern Munich, Real Madrid, Barcelona, etc.

The main problem you will face with this method is that the big clubs will demand more for their players as they have a larger reputation.

If this is the method you will want to utilise, I recommend that you target smaller clubs that have good youth facilities. This way, you will be able to get good players for cheap.

By doing this method, you eliminate the chance of finding good players from odd countries, but it also reduces the time that you would have spent doing the first option.

If you are going to do this method, you should select a few clubs that you will target and turn on the leagues that they are in. If you have a certain league turned on, more new-gens will appear from that league.

This, in turn, will slow down your game but speed up the search for regens. However, as I said earlier, the bigger clubs will demand a higher fee than other clubs. This means that if you are doing a save with a smaller club with limited funds, this method will prove rather challenging. But hope is not lost. 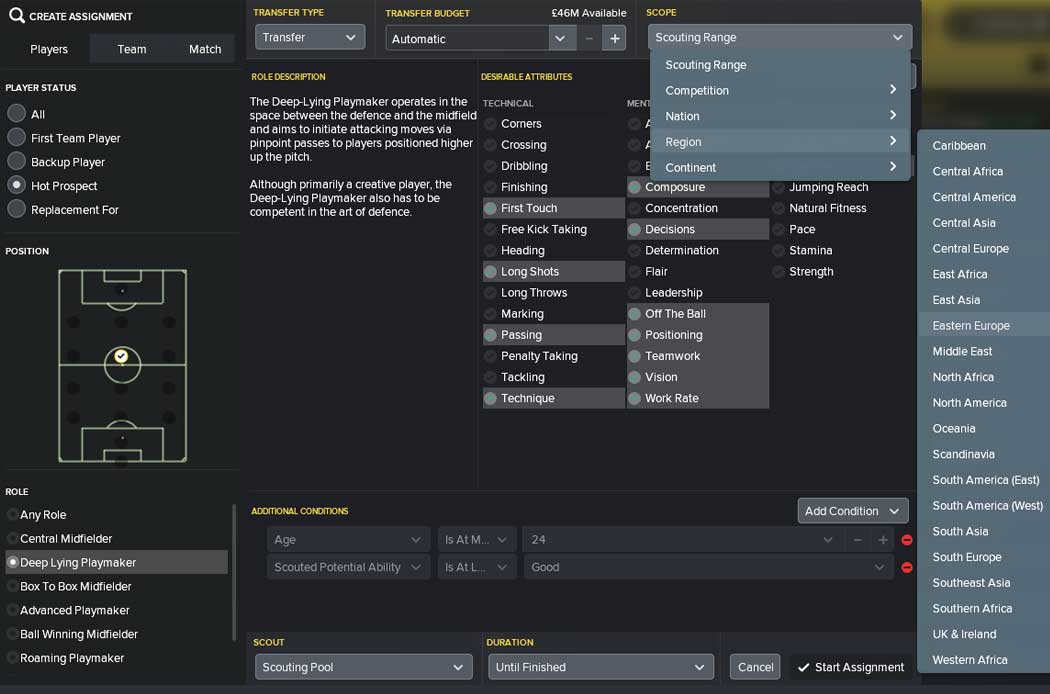 If you are in charge of a smaller club, or a club with hefty financial restrictions, you will need to look elsewhere for your FM newgens.

Clubs from small and obscure nations with low reps will charge less for players and therefore allow you to buy gems on the cheap.

Eastern Europe, Scandinavia, and Africa are good places to look if you are cash-stricken. Countries in these areas still have the potential to produce quality young players and should not be overlooked.

Obviously, Lillestrom won’t produce as many world-class players as PSG, but they will still provide you with the occasional young talent and could be the source for many of your players for years to come.

These lower rep clubs don’t always have the worst youth setup though.

Clubs such as Maccabi Tel-Aviv from Israel and Rosenborg from Norway have good youth academies, yet won’t ask for much for their players, due to their low rep.

These sorts of clubs are an absolute gold mine if you are in the lower leagues and in dire need of some talent.

This, however, can be somewhat time-consuming as you have to search through quite a few teams until you find a player that is good enough. This time can be worth it though if after hours of searching, you find a potential world-beater for £50,000.

My favourite way of finding regens is to scout everyone from every month and pick out the players that you feel will benefit the club. By doing this, you will end up with players from across the world and hopefully will not have missed any world-beaters.

I understand that this method is time-consuming, but personally, it produces the best results.